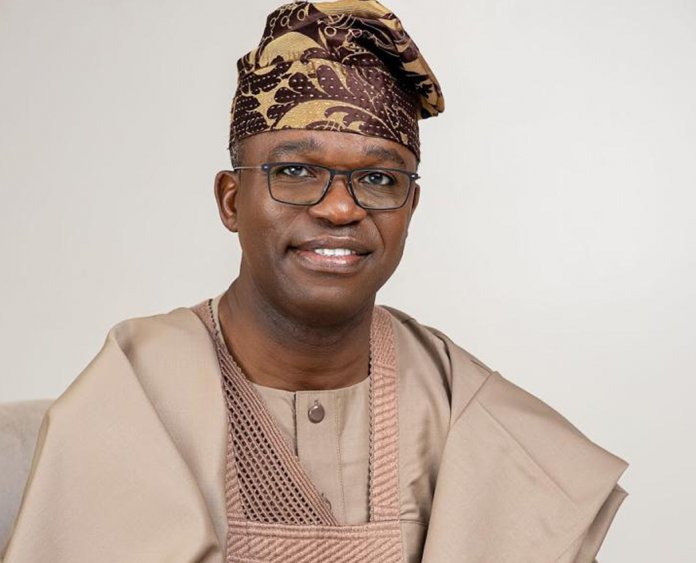 There is no discerning one, either at individual, corporate or organisational level, that will want to settle for inferior in place of quality.

This is exactly and succinctly what the situation in the contest for the Lagos-East Senatorial Bye-Election slated for Saturday. The candidate of the All Progressives Congress (APC), Mr. Tokunbo Abiru towers head and shoulders above his co-contestants and should have the victory at the end of the day.

In terms of academic qualification and experience, Abiru has incomparable and novel accomplishments in public and private services. His records as the Honourable Commissioner for Finance in Lagos State remains unbeaten, just as his achievement at the Polaris Bank Plc, within a short period of two years, is now a reference point locally and internationally, in banking and business sectors.

Abiru as a commissioner under the administration of Mr. Babatunde Raji Fashola raised a record-breaking N800 billion bond at the financial market to the greater benefits of the people of Lagos.

When the jobs, welfare and comfort of thousands of staff of Polaris Bank Plc across the country hanged on the precipice, and with serious fear of devastating consequences on the Nigerian economy, it was Tokunbo Abiru that the Central Bank of Nigeria (CBN) beckoned on to salvage the situation.

Within a record of two years, Abiru, the consummate banker and professional moved Polaris bank from a position of loss to a profit after tax of about N22 billion.

The “Senator-in-Waiting”, comes across with a good family name as laid down by his father, who is well known to be a core-progressive. And, as it is said, a good name is better than gold and silver. The good name will definitely swing votes for Abiru on Saturday. Added to this, is the fact that even as a banker, Abiru himself has not lost touch with his community, including the less privileged, women, men, youth and people with special needs, politicians and non-politicians alike. Just as Abiru can boast of connections with top politicians, policy makers and captains of industries, so did his relationship with the downtrodden continued to wax and is still waxing stronger.

His credentials and educational accomplishments are enviable, commendable and recommendable. Born on the 25th of March 1964, Tokunbo was described by Enterprenuers.ng thus:

“Tokunbo has held several top positions in the private and public sector and has been excellent in all. Over time, he has created positive impacts in the financial sector with his brilliant ideas. As a result, people believe he is a messianic fellow in the industry”.

Married to Feyisola Abiru and blessed with lovely children, Tokunbo Abiru holds a B.Sc (Economics) from the Lagos State University (LASU), and is a Fellow of the Institute of Chartered Accountants of Nigeria (ICAN) and an Honorary Senior Member of Chartered Institute of Bankers of Nigeria (CIBN). Also, he is an alumnus of Harvard Business School (Advanced Management Program) and the Lagos Business School (Senior Management Program).

He was appointed by Governor Babatunde Fashola in 2011 as Lagos State Commissioner of Finance and he resigned from the position in 2013 to take up the role of the Executive Director, Corporate Banking, First Bank Nigeria Plc and later retired from the role in 2016.

Toks, as fondly called, was appointed as the CEO of the defunct Skye Bank Plc in July 2016 to try to salvage the bank which was in critical condition at that time. He was also retained alongside most of his other executives as the CEO of the new Polaris Bank, the bridge bank created by CBN in consultation with NDIC as a result of liquidation of Skye Bank in September 2018.

During Abiru’s tenure as Commissioner for Finance in Lagos State, the State successfully floated an N80 billion bond, earning it the EMEA Finance’s Best Local Currency Bond Award for 2012. He also made the state’s tax efforts cohesive, and the discovery of over 5.5 million tax evaders in 2013 opened up the discussion regarding taxation in Lagos State. His efforts also let to increased Land Use Charge revenue generations to the tune of N6.2bn.

On assumption of office as CEO of Polaris Bank Plc in 2016, the bank invested significantly in technology with copiously integrated service models enabling customers to enjoy banking services through a wide range of channels.

The bank also divested from four local subsidiaries realising a cash value of N6.2 billion. Under Abiru’s watch as the CEO of Polaris Bank, the bank unveiled its new Mobile Banking App, which is now available to users on both Google Play for Android devices and the Apple App Store for iOS devices.

The achievements of Tokunbo Abiru are too numerous to be fully listed here. Beyond any reasonable doubt, he is not a hungry or bankrupt politician looking for food or means of to stabilise failing businesses. He has the love of the people at heart and he has promised that, if elected, he will work with other Senators from Lagos and beyond, to give Lagos a befitting status in the comity of states in Nigeria. His passion to serve is the greatest motivating factor.

There no doubt that Tokunbo Abiru, the accomoplished candidate, as a distinguished Senator of the Federal Republic, will undoubtedly, be an asset to not only to Lagos East Senatorial District, but also to Lagos State as a whole and even by extension, the South West Nigeria. He is the best bet

When the jobs, welfare and comfort of thousands of staff of Polaris Bank Plc across the country hanged on the precipice, and with serious fear of devastating consequences on the Nigerian economy, it was Tokunbo Abiru that the Central Bank of Nigeria (CBN) beckoned on to salvage the situation. Within a record of two years, Abiru, the consummate banker and professional moved Polaris bank from a position of loss to a profit after tax of about N22 billion