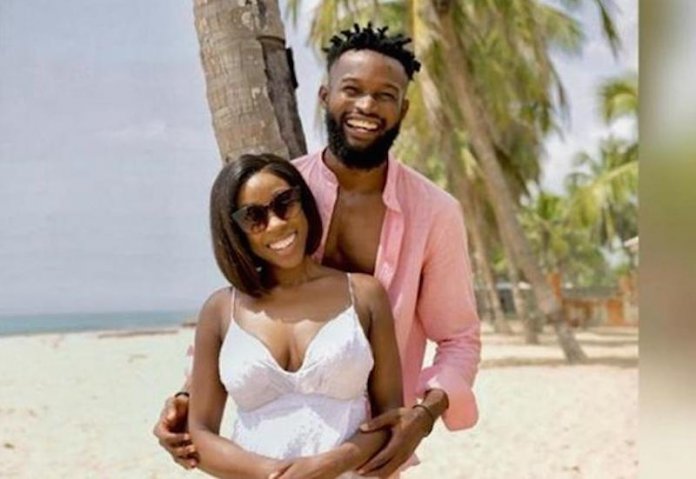 Upcoming rom-com ‘The One for Sarah’ takes an angle that promises to be topical, considering the ongoing conversations around the abuse of women. Ferdinand Ekechukwu reports

Trino Motion Pictures, producers of Three Thieves, Sylvia, and Lasgidi Vice, is set to debut its fourth feature film, ‘The One For Sarah’. Directed by Lyndsey Esejuku and produced by Ronke Ogunmakin, the romantic drama revolves around a woman who survives emotional abuse, learns to re-discover her self-worth and finds love. At the commencement of filming earlier in Lagos, Efejuku shared insight into the movie, stating that the idea behind the film is to encourage fearlessness in love and in life.

Esejuku said: “‘The One for Sarah’ is about letting go of your fears and taking a chance on life and love. The story shows romance and love; however, I believe the underlying theme goes further to encourage everyone who’s survived any form of emotional abuse to keep going.”

Written by Egbemawei Dimiyei, it is an angle that promises to be topical, considering the ongoing conversations around the condition of women in our society. Starring actress Beverly Naya (Sarah), alongside Bucci Franklin as lead characters, the movie features a sterling cast.

Film lovers can look forward to their favourite actors in the upcoming rom-com which opens in cinemas in 2021 starring, Uzor Arukwe, Adunni Ade, Daniel Etim-Effiong, Broda Shaggi, Shalewa Ashafa, among others. The cast were placed by popular filmmaker and actress, Lala Akindoju, the casting director. Because the project commenced during Covid-19, activities on set were thoughtful. Glimpses and snippets from behind the scenes images tell much of it.

This, Uche Okocha, co-executive producer of the ‘love life’ theme project confirmed that the production was strict on complying with Covid-19 safety measures.

“We ensured that the cast and crew underwent compulsory Covid-19 tests”, Okocha confirmed.

The film executive further revealed that accommodation was made available for everyone who worked on the production to ensure restricted access to the public during the filming stage. Understandably, the budget for the movie would have skyrocketed due to the compulsory safety measures, a notion Okocha confirmed while unveiling members of the cast and a possible release date.

On what fans should expect from the film, its director, Lyndsey Esejuku hints on it being an uplifting story told from a very human angle. It tackles very relatable themes, one of which includes domestic violence. “It is a story that revolves around Sarah who moves on from her ex, tries to find herself and love. It is an uplifting story, one that the audience will find relatable”.