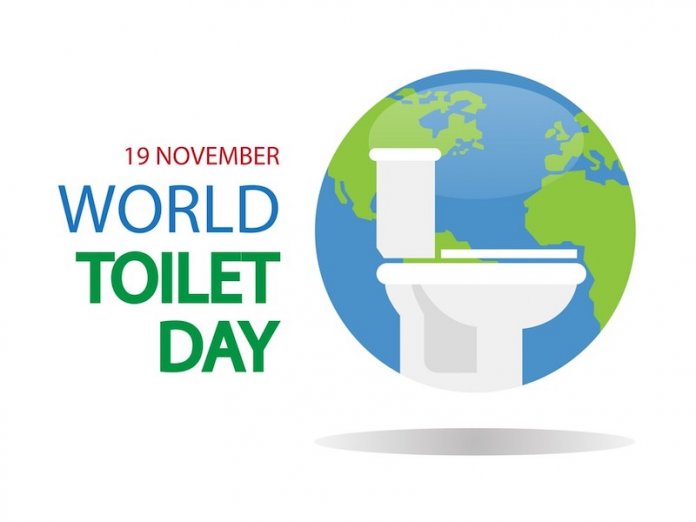 The World Toilet Day is an official United Nations International Day usually observed on 19th November every year. It was declared in 2013 at the 67th session of the UN General Assembly.

Toilets are important because access to a safe functioning toilet has a positive impact on public health, human dignity and personal safety, most especially women. According to the United Nations, “a toilet is not just a place where people pass faeces or waste, it is a life saver, dignity protector and opportunity maker.”

Statistics from the United Nations indicate that about 4.2 billion people live without safety-managed sanitation and 673 million people practice open defecation globally, an important reason, the World Toilet day is celebrated to create awareness about the category of people living without toilets and also take necessary action so as to tackle the global sanitation crisis and achieve Sustainable Development Goals (SDGs).

The Coronavirus pandemic which has killed over 1.3 million people in the world has further stressed the need for sustainable sanitation. Sustainable sanitation begins with a toilet that effectively captures human waste in a safe, accessible and dignified setting. The waste then gets stored in a tank which can later be emptied later by a collection services or transported away by pipe work.

Lack of household toileting facilities affects men and women especially women, forcing many of them including young ladies to travel long distance from their home to defecate as well as manage their menstrual necessities which make them vulnerable and in some cases exposes them to danger like rape.

The United Nations also adds that the practice has huge impact on Nigeria’s development; economically, about 1.3 percent (N455 billion) of the nation’s Gross Domestic Product is lost yearly to poor sanitation and open defecation. Healthwise, over 100 children under the age of five years die annually of cholera disease contracted from water contaminated by human feaces leading to stunted growth and malnutrition in some children.

It’s saddening that open defecation is practiced not only in rural areas but also in some semi-urban areas as some of the houses do not have toilet facilities especially those at new site. The practice is very dangerous to human health as human excreta contains a variety of microbes which includes about 106 pathogenic viruses. The United Nations plans to end open defecation by 2030. But President Muhammadu Buhari said Nigeria cannot afford to wait till then, a determination which led the president to sign the Executive Order 009, and a national campaign to make Nigeria open defecation free by 2025.

If we are to get rid of open defecation by 2025, provision of latrine, proper sanitation awareness, behavior change, communication and enhanced community-led total sanitation campaign and enforcement are the most likely joint strategies to enable both rural and pre- urban become open defecation-free.

Government while working on eradicating poverty through various interventions must also take bold steps by addressing this challenge of open defecation, not just by using the law but by implementing the laws and providing more toilet facilities where needed.

Corporate organizations must also note that their efforts are also required in terms of addressing the challenge through the provision of more toilet facilities as well as sensitization campaigns.

In conclusion, aggressive campaign should be made: every building must have a minimum of one toilet. Government at all levels should consider building efficient toilet facilities at markets, parks and even at some strategic areas of our roads for travellers.