As I conclude this piece which has run for two weeks, please allow me to rest the technical turenchi and share two stories to drive home the point I have been trying to make since the first part was published. The story is about Samuel Ketusa(not real name)who lived at Aladimma Estate in Owerri,the Imo State capital with his wife and two beautiful children. He had everything, or almost everything working for him: a well-paid job, a 3-bedroom apartment and some good savings in his account for the proverbial rainy day. Samuel also had state of the art cars for himself and his wife. His children were in one of the best private schools in Owerri.

One day, on his way back from the office, his wife called him to help her buy corned beef for dinner. Parking his car on the opposite side of the supermarket, he began to cross the road. He never made it to the other side when a Peugeot 307 car driven by a learner driver raced out of nowhere and rammed unto him, sending him flying into the air, landing some meters away on the other side of the road. He was dead before the horrified crowd could get to him.

Bebe Ofuru used to sell food items at the marketplace. She was struggling to complement her husband’s income as a security man at a construction company in Apapa, in Lagos State. Most mornings, her selling endeavour commenced on the roadside where she hawked pure water and puff-puff(snacks) to motorists and their passengers. From the roadside, she will then proceed to her corner in the market which was located awfully close to a highly motorised road. One fateful morning, Bebe was just rounding up her road side hawking when a motorbike broke free from the line-up of vehicles in the traffic gridlock, In an attempt to beat the queue, the motorbike crashed into her as she was finishing up a transaction with a vehicle occupant. Nobody could explain what happened, but Bebe ended up paralysed from the waist down.

Bebe and Samuel had one thing in common. They were both pedestrians. Pedestrians face the greatest danger on the road. And they form the largest category of road users. They cut across all levels and all socio-economic strata of every society globally. The need to avert the daily risks faced by these categories of road users formed the thrust of the 2013 United Nations Global Road Safety Week with the theme “Pedestrian Safety”. The aim of the week was to improve global road safety as part of UN resolution.

According to the World Health Organisation, for too long, road safety has been viewed through the lens of motorists, ignoring the needs of pedestrians and cyclists. The Global Road Safety Week like other campaign thrust draw attention to the urgent need to better protect pedestrians worldwide, generate action on the measures needed to do so and contribute towards achieving the goal of the Decade of Action for Road Safety 2011 -2020 to save five million lives.

On a long term basis, the following should also be considered: installing and/or up-grading sidewalks, crosswalks, raised medians, road signs and signals; lowering vehicle speed limits and introducing speed calming devices; developing and enforcing new and existing traffic laws on speeding, driving under the influence, distracted driving and walking, and pedestrian right of way; restricting and diverting vehicles from pedestrian zones; establishing and ensuring vehicle safety standards which protect pedestrians; providing education and training to all road users and the public generally.

Most of these recommended interventions are lacking in most parts of the country. However, in the case of the Federal Capital Territory, Abuja, the construction of about 6 pedestrian bridges along strategic locations such as the airport road, Kubwa road and the Municipal under the auspices of the World Bank Safe Corridor project and similar initiatives in Lagos and few other states, are strong indicators that things are gradually looking up in this direction even though there more is still needed to be done.

Pedestrians you must remember, constitute a major group at risk of death, injury and disability on the road. Perhaps it would be pertinent to pause here and first establish what we mean by that term “pedestrian”. According to Wikipedia, a pedestrian is a person going on foot on the road, whether walking or running. Those using tiny wheels like roller skates, skateboards, wheelchairs, etc are also included as pedestrians. Plainly put, we are all pedestrians. On any given day, we choose to walk to and from our various destinations, or, at a minimum, we begin and end most trips on foot.

Thankfully, walking requires no fare, no fuel, no licence, and no registration! A pedestrian is also known as the exposed road user. He has no box protection like the occupant of a vehicle. He is liable to direct contact with mishap of any kind. According to WHO, pedestrian deaths are highest in Africa. As a matter of fact, more than 5,000 pedestrians are killed on the world’s roads each week.

Quite frightening when you multiply this with the fifty weeks of the year! The group of pedestrians most involved in road traffic crashes are children, the elderly and adults under the influence of alcohol and drugs. This is why road signs and pavement markings interventions to promote general safety especially pedestrian safety.While we commend government efforts in some states especially the Federal Capital Territory, I believe that we can enforce a little bit of reflectivity into our highway appurtenances.Meanwhile road users must play their part by obeying these signs to avert the fate that befell Samuel and Bebe 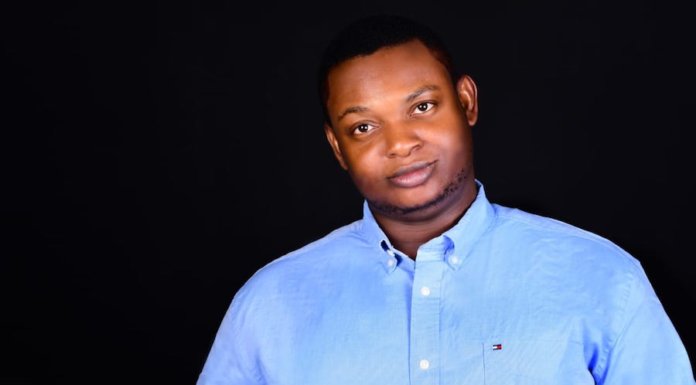