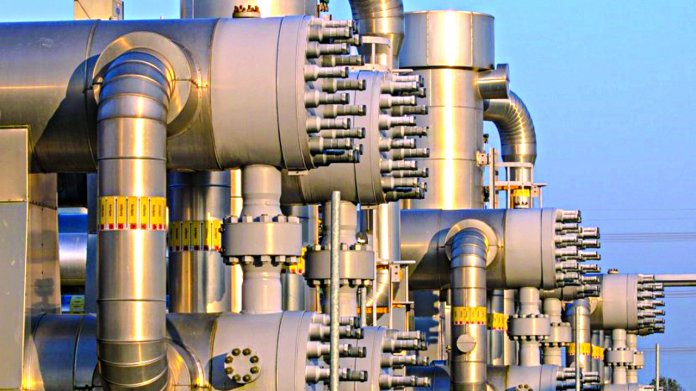 Seplat Petroleum Development Company and the Nigerian Gas Company (NGC), a wholly-owned subsidiary of the Nigerian National Petroleum Corporation (NNPC), have listed the benefits of the $700 million gas project which is under construction at Imo State, when the plant becomes operational next year.

Seplat Chairman, Dr. ABC Orjiako disclosed this during a recent courtesy call on Governor of Imo State, Senator Hope Uzodimma, who they later took on a tour to the multi-million-dollar gas plant facility.

The Seplat Chairman reiterated that the gas project aimed at producing around 300 MMscfd reinforced the oil company’s commitment towards its leading position in the energy transition to a cleaner source of energy while providing sustainable development of its host communities.

The Seplat team was made up of Orjiako; Chief Executive Officer, Roger Brown and other executives.
Brown, in his speech, elaborated the numerous benefits of the ANOH gas plant to the immediate communities, the state and the country.

He affirmed that the ANOH gas plant when completed would be a significant source of development providing gas to support the provision of the much-needed supply of power to millions of homes and businesses across Nigeria to facilitate better standard of living and drive economic growth.

He reassured the Governor that the existence of the gas plant in the state would in addition to the provision of power, generate different levels of employment; drive the development and engagement of local contractors; facilitate skills transfer and development especially for the youth population; amongst other benefits.

The Seplat Chairman said the ANOH gas project would, amongst other things, drive the growth of Liquefied Petroleum Gas (LPG) as an alternative to unclean fuels like firewood, charcoal, kerosene. He confirmed that the company is targeting the fourth quarter of 2021 for ANOH’s first gas and assured the government and people of Imo State of its timely completion and commission.

The Imo State Governor, in his remarks, welcomed the Seplat team and commended the company and its partner, the NNPC for the significant investment made in the state with the ANOH gas plant.

He pledged the state’s continual support of the company in its quest to drive development in Imo State. He also commended the Orjiako for his leadership role and passion for growing the Seplat business and its host communities.

According to the Governor, the activities of SEPLAT and its subsidiary AGPC are impressively geared towards developing the economy of Imo State and positively impacting its people. He charged other organisations to emulate the company in their dealings with the state. He also urged Seplat to continue to boost its Corporate Social Responsibility (CSR) initiatives to enhance further the people’s welfare and development of the community and its peoples.

The governor added: “Seplat enjoys tremendous goodwill and respect of the people, and the State is duty-bound to reciprocate. Seplat is a global entity, and its coming to Imo State is a blessing to us. Under my watch, Seplat will receive all the support needed for a win-win relationship that will benefit the economy of the State and the Imo people for a more constructive partnership, cordial and responsible relationship between Seplat and the state,”

At the ANOH gas plant site, leaders of its host communities of Assa, Ohaji, Egbema and others, were also in attendance to receive the Governor with fanfare.

The visit to Imo was in line with the Seplat CEO’s strategic plan since his resumption in office on August 2020, to pay courtesy to the company’s strategic stakeholders.

Brown, on behalf of the company, thanked the Governor for the support accorded to facilitate the operations of AGPC and other Seplat operations in the state.

He affirmed that this collaboration would boost delivery of the ANOH gas plant, a critical gas supply hub in Nigeria’s burgeoning gas infrastructure network. ANOH is designed to supply the Eastern, Western and Northern gas pipeline systems.

“SEPLAT supports the federal government’s diversification agenda with its contribution to the growth of the nation’s power generation capacity. Delivery of the ANOH project will be a significant contributor to the Nigerian government’s aspiration for increased power generation and diverse industrial and economic growth.

“The ANOH gas plant project is premier amongst the seven Critical Gas Development Projects initiative led by the Ministry of Petroleum and the Nigerian National Petroleum Corporation to drive the next phase of growth for the gas business,” he added.