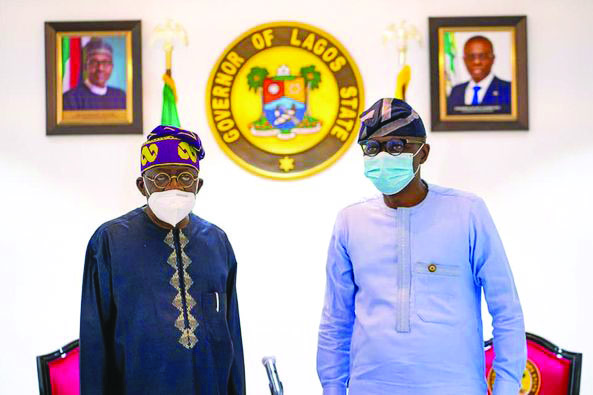 In the days ahead, there might be agitations for other governors to emulate their counterpart in Lagos, Mr. Babajide Sanwo-Olu, to dismantle their pension laws for ex-governors and their deputies in view of the economic realities in the country, writes Davidson Iriekpen

Lagos State Governor, Mr. Babajide Sanwo-Olu, last Tuesday unfolded plans to repeal the public officials’ pension law, which grants certain benefits to former elected governors and deputy governors.
The governor, who gave the hint during his 2021 budget presentation to the House of Assembly, said he would send an Executive Bill to scrap the law, because the entitlements were not sustainable due to financial constraints.

He said the repeal of the law would reduce the cost of governance and foster the spirit of selfless service.
According to him, “In the light of keeping the costs of governance low and to signal selflessness in public service, we will be sending a draft Executive Bill to the House immediately for the repeal of the Public Office Holder (Payment of Pension Law, 2007), which provides for payment of pension and other entitlements to former governors and their deputies.

“It is our firm belief that with dwindling revenues and the apparent inflationary rates, we need to come up with innovative ways of keeping the cost of governance at a minimum while engineering a spirit of selflessness in public service.”

Lagos State blazed the trail in 2007, when its then Governor, Senator Bola Tinubu, at the twilight of his tenure, signed into law a bill earlier passed to provide pension and other welfare benefits to former governors and their deputies beyond the package outlined for former political officeholders nationwide by the Revenue Mobilisation, Allocation and Fiscal Commission (RMAFC).

Soon after, other governors including Rivers, Akwa Ibom, Kwara, started replicating the law in their states. Despite strong opposition from rights group, the states and ex-governors have continued to benefit from the humongous allowances.

According to the Lagos Public Office Holder (Payment of Pension) Law, which most of the states copied verbatim, former governors of the state, who completed two terms consecutively, are entitled to a house each in any location of their choice in Lagos and Abuja.
Also, a former governor is entitled to six new cars every three years, 100 per cent of the basic salary of the serving governor (N7.7million per annum), free health care for himself and members of his family as well as furniture allowance, which is 300 per cent of their annual basic salary (N23.3million).

To many analysts, maintaining these ex-officials is certainly at a huge cost to the state, which is becoming unsustainable. It is not only Governor Sanwo-Olu that is unhappy with the law. In November 2019, the Governor of Zamfara State, Governor Bello Matawalle, was alarmed when his predecessor, Abdul’aziz Yari wrote a letter to him requesting the payment of his “monthly upkeep allowance of N10 million naira only…and a pension equivalent to the salary he was receiving while in office.”

This had triggered a reaction that he never could imagine, besides creating a devastating ripple effect on the undeserved earnings of other holders of high office. He said Yari, paid himself N300 million as severance while the state owed N10 billion in pensions.
Moment after, the state House of Assembly swung into action by revoking the law on which authority Yari made his demand. They said the over N700million the state would save from the repealed pension law for ex-governors would be used for youth empowerment and the development of infrastructure in the state.

Due to the economic crises, many of the states and some others have had to rely on bailouts from the federal government to pay salaries and pensions.
In the foreign debt category, the states, with the pension laws, leading the debtors’ list, in the order of their liability, include Lagos, Edo, Oyo, Bauchi, Enugu, Anambra, Abia, Osun, Rivers, Ebonyi and Imo states. Others include Niger, Nasarawa, Delta, Kano, Katsina, Bayelsa, Kwara, Akwa Ibom, Sokoto, Gombe, Zamfara, Jigawa, Kogi, Yobe, and Borno states.
Among the states, Lagos State, which owes N479bn domestic and $1.4bn foreign debts, and tops the two debtors’ lists, has the first pension law for former governors in the history of the country.

Even when most Nigerians had condemned the laws against the backdrop of the fact that the ex-officials only served between four and eight years as against many other public officers, who served 30 to 35 years without such pecks, their greed and avarice became even more apparent, when many of them were either appointed ministers or were elected senators where they still take jumbo salaries, allowances and other pecks.

When the agitations to repeal the laws fell on deaf ears, sequel to a suit filed by a civil society organisation, Social and Economic Rights Accountability Project (SERAP), a Federal High Court in Lagos ordered the stoppage of pensions to ex-governors and their deputies nationwide.
The court consequently also directed the Attorney General of the Federation and Minister of Justice, Mr. Abubakar Malami, SAN to challenge the legality of states’ pension laws permitting former governors and other ex-public officials to collect such pensions.

While the AGF was examining how to handle the issue in view of the argument that states have the powers to make their own laws, the National Industrial Court in January this year, while ruling in a suit brought against the Taraba State Government by a former acting Governor of the state, Mr. Garba Umar, declared as null and void, payment of pensions and gratuities to former governors and deputy governors that are not in harmony with what is fixed by the RMAFC.

The court held that it appeared that there was a “contradiction by the provision of section 124(5) ‘of the 1999 Constitution’, which enabled the House of Assembly of a state to provide for pension or gratuity to governors and deputy governors which items are also placed under the exclusive legislative list under Part 1, of the Second Schedule to the 1999 Constitution.”

“The question then is how to reconcile these two provisions of the constitution. The answer is by adopting a purposeful approach by which the court is required to look at the constitution as a whole and construe its provisions in such a way as to give effect to the general and specific purposes for which it was enacted; that is good governance and the welfare of all Nigerians based on the principles of equality and justice,” it held.

But another opinion contended that the actual reason Sanwo-Olu is pushing to revoke the law is because it is constituting serious hurdle for him to access bonds and except he does away with the law, the days ahead aren’t looking good in terms of securing bonds to fund projects.

A Lagos lawyer, Jiti Ogunye, said it was long overdue, noting that the law was controversial, contentious, burdensome and unnecessary.
The lawyer said the repeal would herald the reduction of cost of governance and put an end to frivolous government spending. He urged the Lagos governor to also beam his searchlight on the typically long governors’ convoys, saying they constituted a drain on the treasury.

A former Lagos State House of Assembly member, Sultan Adeniji-Adele, advised other governors to emulate the steps taken by Sanwo-Olu, in the light of the economic realities.

There is no doubting the fact that with the economic realities in all the states of the federation, more pressures would be mounted on other governors in the days ahead to repeal the pension laws in their states in order to put the monies to better use for the benefit of the people.
The argument then would be that, “if Lagos State with all its resources, could repeal its pension law, why not us.” Importantly, however, regardless of what might have informed the choice, it remains a good step in the right direction. 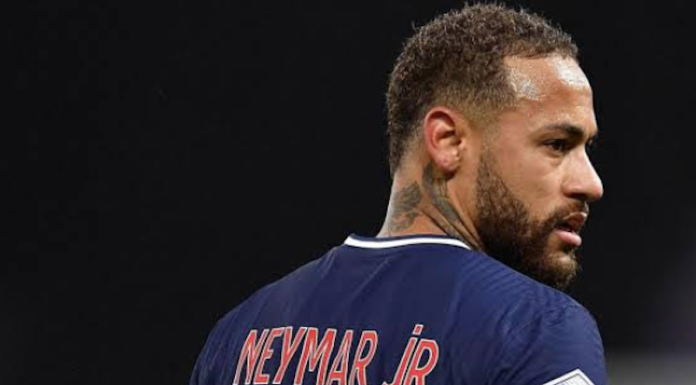