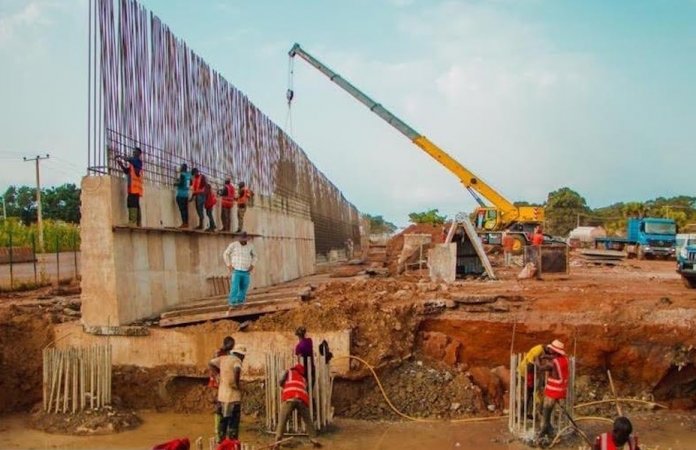 The road projects under the Urban Renewable Programme initiated by Governor Nasir El-Rufai in Kaduna State is making steady progress despite the harsh economic situation and financial problems facing many states.

The programme was initiated in 2019, to upgrade basic infrastructure in major cities in the state.

The road component of the programme kicked off last year in Kaduna with 19 roads slated for either expansion, dualisation or construction. Several bridges, and flyovers, including the reconstruction of the Kawo flyover are currently under construction.

In Kaduna City alone, the projects are expected to gulp N42 billion. So far, according to the Managing Director of the Kaduna State Road Agency (KADRA), Engr. Mohammed Lawal Magaji, four of roads within Kaduna metropolis have been completed while three others are nearing completion.

Giving an update on the projects in an interview with THISDAY in Kaduna, Magaji said the completed roads include Katuru road, Alkali Road, Waff Road and Yakubu Gowon Way, while Swimming Pool Road, Eastern Bypass, Urban Shutters are nearing completion.

According to him all the projects in the three cities are expected to be completed in 2021, adding that the contractors handling the projects have been working around the clock to meet the dateline.

He said a lot of progress has been made, adding that he was optimistic that the contractors will complete the jobs at the stipulated time.
Magaji expressed satisfaction with the quality of work being executed by the contractors, stressing that the government is getting value for the money being spent.

“We chose those contractors that have the capacity to execute the work and we are getting quality and standard roads. We are getting value for our money,” he said.

He said the philosophy of the Governor El-Rufai administration is that the people come first, adding that the projects will impact positively on the lives of the people when completed.

“The governor is pursuing his agenda of ‘putting the people first’, so he is doing everything possible to improve the wellbeing of the people. He is determined to leave lasting legacies behind by building quality roads to enhance economic activities” he said.

“Three roads have been completed in Zaria, while eight others are ongoing. We just started in Zaria, although there are ongoing road projects there, but they not under the Urban Renewal Project.

“In Zaria, we will do the Wusasa to Danmagaji to Galma bridge. We have bridge and clover lift at Kofar Doka. We have started the survey and setting up of the alignment. Construction work will soon start,” the KADRA boss said.

One of such communities is the Sabon Tasha GRA, located in Chikun Local Government Area, one of the four local governments that make up the state capital.

The area, like many suburbs have no single motorable and residents have been crying out to the state government to extend the road component to of the Urban Renewal Programme to the area.

“In Sabo GRA, we have been trying our best. Sometimes we graded the road to be motorable,” Magaji said.

He however challenged local governments l to support the state government by constructing some of the roads in their areas.

“The local governments should also come in to support in the construction of some of these roads. Let them take up their responsibility,” Magaji said.

He said “The state government is doing its best to see that it construct a lot of roads, but there there is also the need for local governments to take up some of the roads in their various localities”.

He said the local governments should not abandoned their roads for the state government.
Magaji also reacted to allegations that indigenous contractors were not being patronised in the award of contracts for the road projects, saying the allegations are not true.

He said, indigenous contractors with capacity to deliver quality job were among the contractors executing the projects.

“Maybe you have seen CCECC, MotherCat and the rest, but we have indigenous contractors handling our jobs, those that have completed projects that made headlines. We have Runchest, Farmtrack, Andrest among others,” he said.

According to him, indigenous contractors work side by side with foreign contractors for road projects under the Urban Renewal Programme.

“As the federal government emphasises on local content, the Kaduna State government is doing its best to engage indigenous contractors. Thank God they are competing favourably with the foreign contractors,”Magaji said.

He maintained further that, “foreign contractors are now being challenged in terms of standard and quality of work by indigenous contractors”.