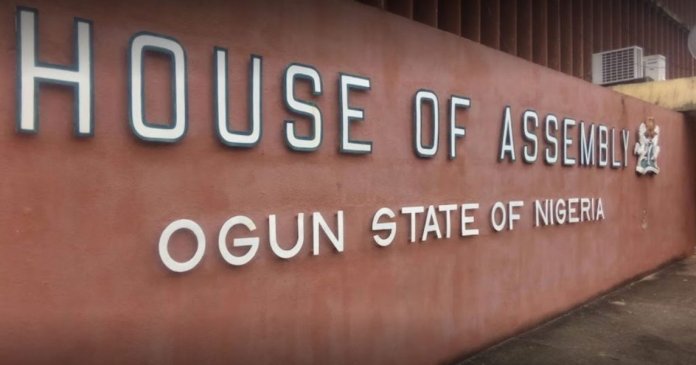 The Ogun State House of Assembly Committee on Public Accounts and Anti-corruption, has commenced investigations into alleged misappropriation of over N4 billion at the Ogun State Property and Investment Corporation (OPIC), under the last administration.

The committee is saddled with the task of unravelling 25 alleged financial infractions at the OPIC, during the administration of former Governor Ibikunle Amosun.

While grilling Mr. Jide Odusola, the immediate past Managing Director of the OPIC, the House Committee Chairman, Hon. Musefiu Lamidi, said findings had so far revealed that N40 million was missing from the corporation’s account.

Observing that indications pointed at more such discoveries, Lamidi said, “I want to thank the DFA (Director of Finance and Administration) for the documents you have dumped with this committee.

“We have just discovered that after cost taking and other evaluations, N40 million is missing from the OPIC accounts. We just assume.

“Besides, when the former MD comes back (in the next adjourned date) ,he will have to explain the issue of a land deal in Isheri, which was bought for N560 million and sold for N160 million.”

Last week, the Speaker, Hon. Olakunle Oluomo, in constituting the probe, had directed the former OPIC MD to come along with all necessary documents relating to all transactions on investments, housing projects and other fixed assets.

The lawmakers had then engaged Odusolu for about six hours, expressing displeasure on the manner he ran the corporation, “given the 25 infractions as outlined in the audited accounts of the Corporation between 2015 and 2019”.

Lamidi, the probe committee chairman, had also condemned how “the corporation merged the cost of lands and buildings which contravened the provisions of the accounting standard; while the five Star Hotel in Ikeja, Lagos under it did not have any physical existence but only on paper; and the sum of N45, 025, 064.00 was spent to obtain title documents on the landed property, just as the premium of non-current assets for 2015- 2016 were not paid as and when due”.

Lamidi also noted that the Corporation under Odusolu “was just updating its fixed assests register as at the period of the audit exercise”, while the “depreciation policy of 20 per cent on computer equipment did not reflect the volatility on computer technology”.

The Committee further disclosed that the rental income of OPIC Plaza, Ikeja was not made available for examination during the 2016 audit exercise, with no traceable records of interactions between the Agbara Estate and the billing section of the Corporation on the reconciliation of rent income generated.

Condemning the operations of twenty-one bank accounts by the corporation, “out of which nine were inactive”, the lawmakers also sought explanations on the basis for the agency in the period under review to have kept 27 accounts with only 11 banks amounting to N117, 792,132.99 as active, while the remaining 16 accounts amounting to N608,226,371.69 were embargoed.