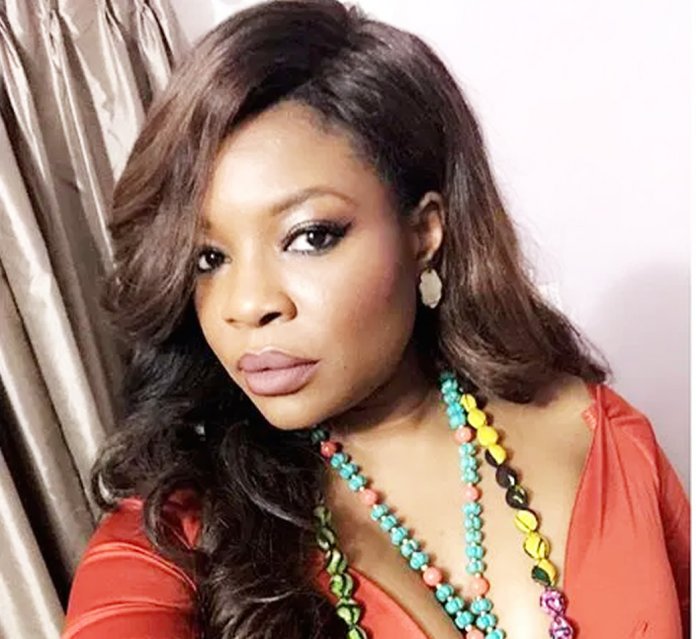 Director extraordinaire Kemi Adetiba is thankful having completed filming of her much anticipated movie, King of Boys II. Adetiba announced on her Twitter and Instagram page last Tuesday that shooting has finally wrapped up. Now fans are assured that King of Boys II is closer than ever. “And this time, we mean KOB is finally Wrapped!!!! God is Good,” she posted one her page, and this comes after she had announced that they had crossed the 800th slate and still had more hours to go.

“On the 30th of October, I shot one of the most insane scene sequences of my career as a director/writer/producer,” she continued on her Instagram, adding, “After battling the most insane traffic, we shot all through the evening/night at a sketchy part of Lagos, in a damp, dark, mosquito infested, accident prone warehouse, and wrapped at 7:40am.”

For ace director, Adetiba, King of Boys II will come with a bag full of surprises. However, the filmmaker is still expected to clarify if the movie will be a prequel or sequel to the first franchise.

Two years after King of Boys I hit the screens for the first time, the effect of the thriller still lingers. One of the highest grossing movies of 2018, King of Boys I follows the gripping tale of Alhaja Eniola Salami (played by Sola Sobowale), a businesswoman and philanthropist with a promising political future. She is drawn into a struggle for power which in turn threatens everything around her as a result of her growing political ambitions. To come out of this, she is caught up in a game of trust, not knowing whom really to look up to, and this leads to her ruthlessness.

Adetiba, a popular music video director turned the table in 2018 and registered her name on the lips and minds of many movie lovers when she hit the movie screens with King of Boys 1 that got people talking. The blockbuster movie earned recognitions from within and outside the country and many had thought she was done but the director, who was the brain behind many award winning music videos said there was more to her.

On her social media accounts weeks back, the filmmaker confirmed that King of Boys II was coming and revealed new additions to the sterling cast, announcing that actors, Nse Ikpe-Etim, Richard Mofe Damijo (RMD), Bimbo Manuel, Efa Iwara, and Taiwo Ajai-Lycett would be part of the new movie. There’s also the news of veteran singer and media personality, Charles Oputa, aka Charly Boy, on set of King of Boys II, while a release date for the movie is yet to be confirmed.

King of Boys II had left tongues wagging after the release of the second official teaser in September to the admiration of several fans and movie buffs. The teaser, which was released via Adetiba’s Instagram page on Wednesday September 16, shows a family set to go to bed as a father puts his son through a scary evening tales.

The four-minute-long teaser supposedly tells the story of Makanaki, one of the major characters of the original title, King of Boys, which made its Netflix debut on November 2. Makanaki, played by Reminisce is one of the dreaded characters in the story plot. His return in the forthcoming King of Boys II was premeditated by fans and confirmed by the filmmaker with the teaser.

The MultiChoice Talent Factory has announced its first partnership with the thematic TV channel CBS Justice, owned by AMC Networks International UK and ViacomCBS. They will be offering four true crime masterclasses to MTF students and industry professionals in Nigeria and the African continent through the MTF online portal.

The true crime genre is hugely popular and the masterclasses will cover aspects of developing series with critically acclaimed facilitators. The four masterclasses scheduled to last for one hour each will hold online on Tuesday, 17th and 24th November as well as Tuesday, 1st and 8th December at 12:00 pm and will subsequently be made available via the MTF portal.

Facilitated by David Howard and Rik Hall of UK-based production company Monster Films, participants will gain first-hand insights across a range of topics, from developing and pitching ideas, to filming, working with talent, on-set best practices, approaches to post-production, sales and marketing.

“A key focus for us is to ensure that MTF offers a diverse set of masterclasses covering the depth and breadth of filmmaking. This means finding partners who are specialists in genre filmmaking and have in-depth knowledge of the nuances that come with producing different genres. True crime stories make for gripping entertainment and we are very excited to be partnering with CBS Justice to offer this series of masterclasses to industry creatives across the country and beyond,” said John Ugbe, CEO MultiChoice Nigeria.

The true crime masterclasses are the latest in a diverse range of masterclasses and workshops offered by the MTF Academy and tie in with its philosophy of upskilling and training industry professionals in the telling of authentic African stories.

“True crime is an extremely popular and expanding genre,” said Louise Cottrell, Senior Vice President, Affiliate Partnerships at AMC Networks International – UK. “We’re delighted that David and Rik from Monster Films, who produced a number of our original productions, have agreed to share their first-hand expertise and industry knowledge in these four masterclasses, tailor-made for both students and those already working in the creative industries who have an authentic, fresh idea for developing a gripping true crime series.”

After spending twenty years producing and directing factual programmes for a variety of broadcasters, David Howard and Rik Hall formed Monster Films in 2015 with one goal in mind: to combine their wealth of industry experience with the collaborative, inclusive ethos of a television start-up. The result is an independent production company that fosters creativity, thrives on originality, and builds on pre-existing relationships with some of the world’s largest broadcast and media groups to bring the most diverse stories to the widest possible audience.

As one of the UK’s leading producers of serial and feature documentaries, Monster Films boasts an extensive catalogue of multi-award-winning programmes such as “Making a Monster”, Dark Son, Interview with a Murderer and Kidnapped by My Father for various broadcasters in the UK.

Their series “The Real Prime Suspect” and “Voice of a Serial Killer,” commissioned by CBS Reality UK, aired on CBS Justice (DStv 170) across Africa in 2020 and one of their latest productions, season 2 of “Coastal Killers” (“Murder by the Sea” in the UK), will air on the channel in early 2021.

CBS Justice is currently available to DStv Premium and Compact Plus customers on channel 170. It investigates some of the world’s most compelling true crime cases and features a curated selection of original and acquired content. This includes expert-led original productions including “New Scotland Yard Files,” “Donal MacIntyre’s Murder Files,” “Secrets of a Psychopath” and “Evidence of Evil,” and acquisitions “Cold Justice,” “Murder for My Man” and “Homicide’s Elite.”