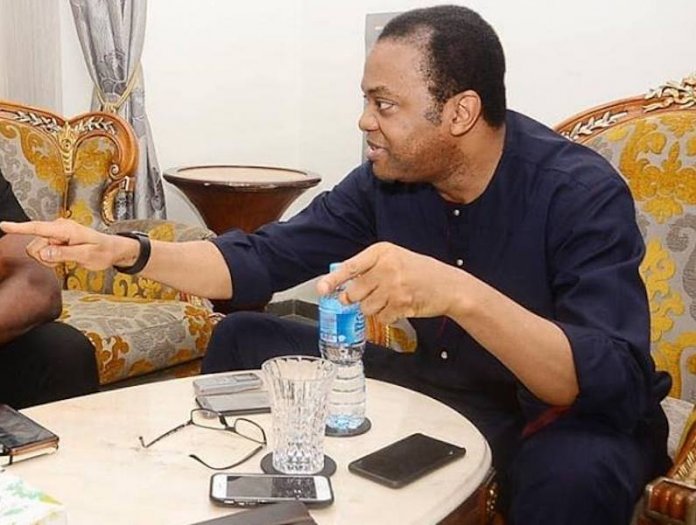 Speaking during the visit, Duke stated that the youths in Nigeria have been badly bruised by the older generation, hence the loud protest by the former over their current state of frustration.

Duke said the reaction of the youths was an expression of indignation over the manner they have been cheated by the older generation that has mismanaged the resources of Nigeria.

Duke, during an interview with journalists in his Calabar residence, said having spoken in their own way, the youths must be heard and their grievances addressed.

He said: “The youths have been badly bruised and their scars must be well taken care of. The youths are telling us something not in words but in actions; they are speaking in their own manner because people speak differently, some speak in parables too.

“The youths have to forgive us first because we are the ones who are managing their resources, and they are telling us that our management is poor; they cannot be silenced; they must be heard.

“If there is right to life, then there is right to livelihood. Giving them a job or engaging them is not a privilege but a right. There is a trust deficit between the people, especially the youths and the government. Our democracy is 21 years already; we can’t wait to be fools at 40.”

The former governor said it was high time the youths were listened to and attended to in order to bridge the trust deficit that exists between them and leaders in government.

On the violence and looting of public property in Calabar and its environs during the weekend, the former governor said: “What we experienced in Cross River for the first time is a deep-seated resentment from the people who feel a certain state of hopelessness. We must, therefore, ask ourselves as leaders where we got it wrong with a view to doing more because what the youths are saying is that we have not done enough.”

Shortly after speaking with journalists, Duke moved into some communities in Calabar where he continued his peace mission.

Addressing the youths at Essien town in Calabar Municipal Local Government Area, the former governor who enjoys tremendous popularity in Calabar, and the entire state, spoke on the importance of peace and the adverse effects of violence.

He tasked the youths to give peace a chance and ensure that Calabar and its heritage as one of the early centres of civilisation was not destroyed.

Duke appealed to the youths to give government some reasonable period of grace to address their grievances, more so, as government has openly acknowledged there concerns bordering on long suffering, neglect and physical and psychological brutality.