Like the perpetrators of the #ENDSARS protests, many Nigerians have also had cause to see beyond the atrocities of the disbanded SARS into the excesses of the Android Generation of Nigerian youth. Coming in the wake of the aborted NLC strike over escalated costs of living, the initial outflow of youthful rebellion against SARS was seen as a manifestation of the mood of the masses. But by the time the protesters swarmed the streets in their true colours many right-thinking citizens of all ages were sobered to wonder whether the outrageous villainy of the police squad had not been surpassed by the misconduct of some youths.

One of the shocking outcomes of the #ENDSARS protests was the projection of the rude reality of the extent to which our youth had been literally born again in the corrupted cradle of Western “civilization” that they helplessly found themselves in the quest for “education”. Like a bad dream of an alien invasion from the insane fringes of outer space, we beheld a bewildering procession of weird mutations of bodies, some completely mutilated but many were obviously still metamorphosing!

The clothes (?) were no less an assault on decency, but flaunted with abandon, ceaselessly taking “selfies” with phones that now dominate their minds and lives. The larger picture of full-blown cultural imperialism now mobs our existence and mocks our values having practically abducted our children from their parental, cultural, moral and religious heritage.

We are further perplexed by the scale of regimentation and indoctrination that propels the actions and expressions of the #ENDSARS protesters. There is a sinister streak of ulterior motive and remote control in the conduct of the protesters and the protests from the reported social-media facilities of funding, coordination and strategy backed by Jack Dorsey, CEO of Twitter, the major internet propagator of the #EndSARS campaign. The budget of up to N62 million powered by frantic donations of Bitcoins to circumvent government monitoring and control was a clear indication that the intended outcome had indeed more to do with instigating “101 protests across Nigeria” as they tweeted treacherously, than SARS and police brutality.

The refusal to at least suspend the protests following the unusually swift disbanding of SARS and a presidential pledge to embark on extensive reform of the police signaled the premeditated programming of the protesters to evade negotiations and escalate disruption of law and order especially in the nation’s capital Abuja and Lagos. The deliberate blockade of major roads, highways and public facilities in the cities was meant to incite Nigerians while paving way for the predictable hijack of the protests by criminals and hoodlums. Covertly, a civilian coup d’état was brewing!

It was particularly astonishing that a presumably educated and enlightened group like the #ENDSARS protesters who capitalize on their rights and liberties in a democracy would be so callous in infringing on the rights of members of the public with arrogant bravado. That they could actually insist on circumventing democratic due process and resorting to mob action rather than channel their political exuberance to capture the political parties, legislatures and eventually form government, erases all doubts about their mercenary mission to truncate democracy and destabilize Nigeria.

Of course, they also cared less about their glaring immaturity, alienation and contemptuous disrespect of socio-cultural norms of Nigerians, parading themselves paradoxically as the pathfinders to a better nation. In yet another dubious departure from established norms, #ENDSARS protesters have no leadership structure by their own admission. This peculiar deficiency was a self-inflicted ploy to frustrate any possibility of engaging in dialogue with the government towards resolving the crisis, which further spotlights the protesters’ ulterior motive of destabilizing their fatherland.

It should therefore be a matter of regret that the future of Nigeria faces such a horrifying prospect of ending up in the hands of a deluded generation, which had lost its sense of responsibility for respecting and upholding the sanctity of their nation and citizenship. If we were not sufficiently alarmed by the dangers of a disoriented youth population, the #ENDSARS protests have definitely demonstrated the gravity of its implications for national security.

The federal government and indeed all responsible Nigerians must now devote serious thought and concerted action to prioritizing cultural orientation and ethical values both at home and in schools in order to counter the deleterious impact of uncontrolled cultural imperialism on Nigerian youth and stability of the country. 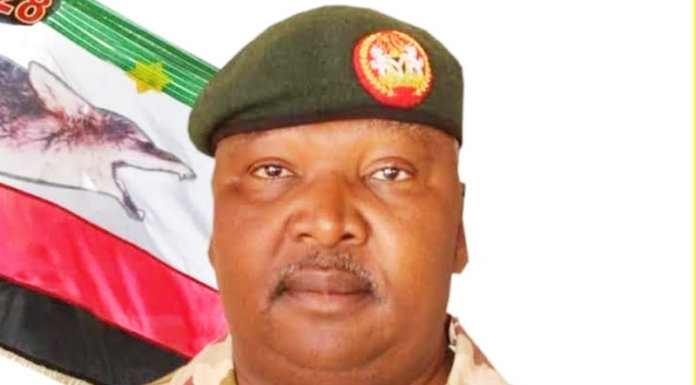