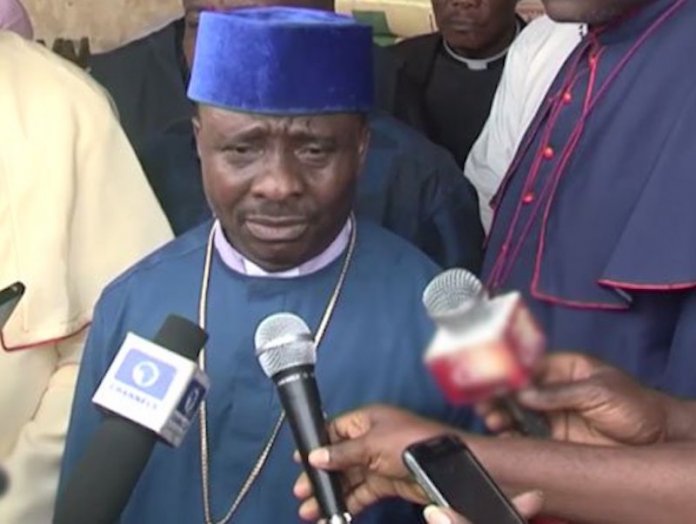 The Christian Association of Nigeria (CAN) has demanded justice for the young Nigerian #EndSARS protesters shot and killed by security operatives last Tuesday at the Lekki Tollgate in Lagos.

The CAN President, Rev. Samson Ayo Ayokunle, who addressed journalists at a press conference yesterday, said the action of the security agents is totally reprehensible.

He said though the military has denied responsibility for the shooting, their presence at the scene of the dastardly incident did not help matter.

According to him, “The federal government should bring the trigger-happy security men to book to serve as justice for the bereaved. Also, they should ensure that the families of the victims are consoled and compensated.

“The Christian Association of Nigeria is deeply shocked and saddened by the unfortunate wastage of lives of fellow young Nigerians who were protesting unarmed against the brutal treatment and killings of Nigerians by the Special Anti-Robbery Squad (SARS) of the Nigeria Police Force on October 20, 2020, at the Lekki Tollgate in Lagos State.”

Ayokunle said though the military has denied being responsible despite the video and eye witness accounts, their presence at the scene of the incident did not help their matter.

“Whoever ordered the shooting of unarmed citizens on legitimate protest in a democracy for whatever reason had crossed the red line and had caused more pains for this country and many parents of these young, promising Nigerians who would have been Nigeria’s future glory. In very strong terms, CAN condemns the dastardly and callous act. It was a minus for our democracy and a scar to be remembered forever,” he stated.

On the other hand, Ayokunle appealed to all Nigerians to avoid arson and wanton destruction of property, infrastructural facilities that have followed the killings.

The CAN leader added: “Though one understands that they came out of the provocative killings, the destruction should stop because it would further inflict pains on fellow Nigerians who are either working in those facilities or deprive them the benefits which those facilities are providing on daily basis, especially to mention just but one, the BRT buses, which are providing ease of movement to Lagos workers on daily basis.

“Ours is a special appeal as spiritual fathers, priests and prophets to the country for calm to allow comprehensive peaceful resolution of the situation. An adage says: ‘Cutting of one’s head can never be the right medication for headache.’ From the side of the government, let there be humility that the response to the protest by what happened last Tuesday night at Lekki Tollgate was not good at all. In humility, let the government, especially the president, speak soft words to the country to calm nerves and assure all Nigerians that this type of action will never happen again, and that the government would act with dispatch on all agitations of the youths.”