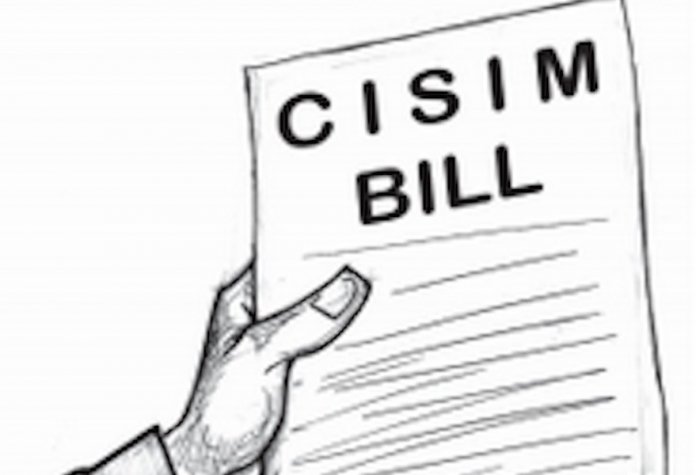 The Chartered Institute of Stockbrokers should get other stakeholders on board

While the move towards the creation of Chartered Institute of Securities and Investment Management (CISIM) to regulate and control professional practice in the areas of securities and investments business in Nigeria may have received the endorsement of some professional bodies, there appears to be some dissenting voices mainly from two groups. These are the Financial Markets Dealers Association of Nigeria (FMDA) and the Chartered Financial Analysts (CFA) Society of Nigeria with headquarters in the United States of America.

Among others, their misgivings are that the CISIM Bill, when passed into law, will confer on the CIS the power to regulate the Central Bank of Nigeria (CBN) as well as the Securities and Exchange Commission (SEC). Therefore, as much as bringing securities dealers and investment managers in Nigeria under one umbrella may not be a bad idea, the Chartered Institute of Stockbrokers (CIS) that is promoting the bill should get other stakeholders on board.

Proponents of the CISIM Bill argue that when passed into law, it would replace the CIS Act 105 of 1992. They also contend that the move for the replacement of the extant CIS Act is underpinned by the Investment and Securities Act (ISA), which provides that individual operators dealing in securities shall be certified by the CIS. In other words, individual professionals dealing in securities and investment shall come under the same umbrella for certification except those offering ancillary services such as reporting accountants, solicitors, rating agencies, and trustees, among others.

Those opposed to the CISIM Bill argue otherwise. They contend that it is a cause for concern for the capital markets, investment industry and practitioners therein. Their reluctance to queue behind the proposed bill is further driven by the explanatory memorandum signaling the intention of CIS “to regulate and control the professional practice in the areas of securities and investments business in Nigeria.” To the critics of the proposed bill, it is designed to bring professionals practising in securities and investment business in Nigeria under one umbrella, an objective that is neither desirable nor within CIS’ purview.

From all indications, the major misgivings against the proposed bill appear to be largely centred around the fear of domination of other professional bodies by the CIS. The fear is that the proposed CISIM Bill, when enacted, would empower the CIS to compel all practitioners of securities and investment business in Nigeria to be her members, and be the sole credentialing body, able to jail or fine otherwise qualified non-member practitioners, among others.

We should not gloss over the fact that the powers to regulate practitioners in the financial market sometimes overlap and lie principally with the CBN and the SEC, which register capital market operators who engage in securities and investment business in Nigeria. They cannot be usurped by a private entity. Registered practitioners in the capital market have diverse functions with specialised skillsets that exceed merely transacting in securities, belong to different credentialing bodies and/or self-regulating organisations.

Apart from stockbrokers, others include solicitors, reporting accountants, rating agencies, registrars, custodians, trustees, financial market dealers, asset managers and investment advisers, among others whose members cannot be regulated and certified by the proposed CISIM but by SEC and their respective professional bodies. While the intentions of the CISIM Bill may therefore be noble, we urge the CIS and other promoters of the bill to expunge any provisions which create the impression that the institute is on a mission of dominance or ‘conquest.’

The capital market is the pivot for investment, and very central to the nation’s financial system and socio-economic development. All the stakeholders must therefore work in synergy to achieve growth not only in the sector but the country at large.