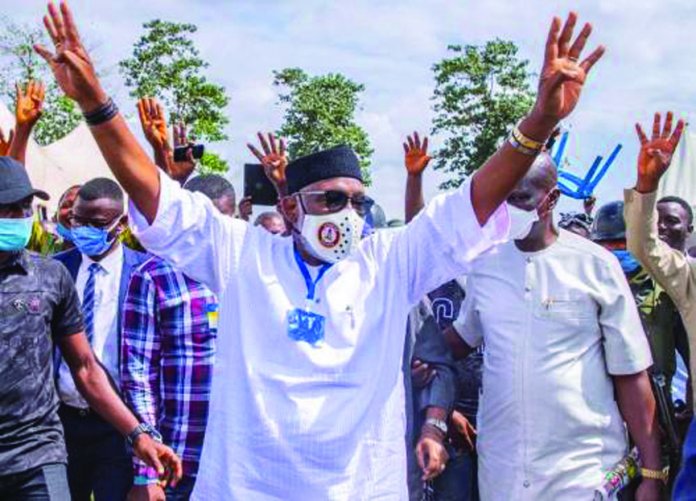 It was Mark McKinnon, an American political advisor, reform advocate, media columnist, and television producer, who remarked that: “Mention the name George W. Bush in mixed company, and you’re likely to spark a lot of debate and emotion – hot and cold, good and bad. Not a lot of neutral reaction. He was elected in the most controversial contest in

American electoral history and governed during one of the most tumultuous decades.” Similar to that is Rotimi Akeredolu who is popularly known as Aketi, the Governor of Ondo State who was largely criticized at any campaign rally held by the opposition. Owing to that a number of people held some contrary views while most people, given his achievements in his first term, continued to hold on to their belief in him which was lucidly depicted in the election that held on 10 October, 2020 where he victoriously emerged the winner.

Importantly, to me, there are three critical ingredients to democratic renewal and progressive change in Ondo State. They are: good public policy, grassroots organizing and electoral politics all of which Aketi seems to represent. In the light of these I believe Aketi had fulfilled every requisite needed to safely sail the ship of Ondo State for the next four years.

Besides, man’s handiwork shall pave way for him. Evil, they say, begets evil; same goes for good deeds. The Yoruba in their ingenuity will say: “oun to eniyan ba gbin ni yio ka. eniyan oni gbin cocoa,ko wa ka agbon,” one would surely reap whatever one had sown. Our people are not daft and they can easily differentiate between efficiency and inefficiency. Logically, if he weren’t functional, he wouldn’t have been re-elected.

A popular saying goes that ‘seeing is believing’; we believe in what we can see and not abstraction. I believe the masses are tired of empty promises rather they want a government of action and not words. We want to cease being a backward nation as we also want to testify to the dividends of democracy through infrastructural development and not ‘stomach infrastructure’.

Consequently we have desisted from following political parties as they are virtually all birds of same feather. Rather, we now believe in people’s integrity and their burning desire to patriotically serve their fatherland— which Aketi already displayed and, thus, got him the ticket for the second term.

I would like to close this piece with the counselling words of Narendra Damodardas Modi, an Indian politician serving as the 14th and current Prime Minister of India, where he said: “Good governance with good intentions is the hallmark of our government. Implementation with integrity is our core passion.” I, therefore, congratulate the people of Ondo State who had largely trooped out to exercise their franchise despite the ominous fears… they made their choice. I wish the re-elected governor a fruitful and hitch-free four years journey he is set to embark upon.