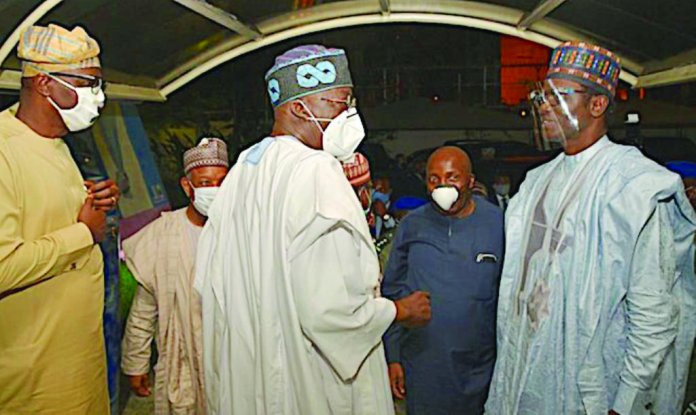 While interrogating the alleged plot to extend the tenure of the Mai Bala Buni-led APC Caretaker Committee, Chuks Okocha writes that the current state of the party is a struggle for the soul of the APC by the Action Congress of Nigeria and the Congress for Progressives Change owners

The directives handed the All Progressives Congress (APC) Caretaker Committee headed by Governor Maibala Buni was two-pronged. The virtual National Executive Committee (NEC) of the party that took place at the presidential villa clearly directed the committee to reconcile aggrieved members of the party and conduct a national convention in December this year.

By implication, it is expected that the CTC should be seen to be making progress for the convention in October and preparations in top gear on how to conduct the national convention. For the records, the Maibala Buni committee was set up on June 25, 2020 after the emergency NEC.

The committee had a six-month mandate to fulfill the task given it. But midway into the time frame, after about four months, it has put nothing in place towards conducting a national convention. This has elicited agitations from certain quarters in the party.
One of such agitations came from a group that issued a 14-day ultimatum that the committee should commence moves towards a national convention.

The group said the resort to conduct a registration of members and congresses from the wards to the states was not part of the mandate given to the CTC.
Under the auspices of ‘Concerned All Progressives Congress APC Members’ the group issued a 14-day ultimatum to the Buni-led Caretaker to roll out its plans for convening a national convention by December.
Further to the above, the group kicked against any planned extension of tenure of the committee, saying it would be counterproductive.

At a news conference last Monday in Abuja, the group said it has “watched with amazement and disillusionment for several months the inability of the APC Caretaker Committee to provide direction for the party and set up a timetable for the December elective convention”.

Its spokesman, Abdullahi Dauda said the group was not out to discredit the conscientious efforts of President Muhammadu Buhari and the National Executive Committee NEC, which birthed the current leadership but to bring to their notice that there are certain areas that the Buni-led committee has outright failed, especially, as it concerns the non-compliance with the scheduled December convention.

According to the group, “Information reaching us reveals that they are already scheming to extend their tenure for another one year. The Buni led Committee has shown in its actions that tenure elongation is its priority and being stakeholders in the Party, we see the urgent need to speak out loudly on time to save our party from another round of self-inflicted crisis.

“It is as our responsibility to speak up for posterity’s sake. We are aware that the composition of the committee is illegal and alien to our party’s constitution ab initio and we are aware some members are in court already as regards that anomaly but due to our respect for Mr. President, we allowed the process as a child of necessity and supported it. But the present action and body language of the committee necessitated our press conference today.

“Furthermore, we are aware that the committee is planning registration of members, which is not part of the resolution of the last NEC. We call on the committee to let legally elected and constituted NWC to come and conduct the new membership registration for the party and jettison this idea. Does the question remain?
“Why is the Caretaker Committee planning to extend its tenure? To what end? Governor Buni is elected to govern the good people of Yobe State, not to jettison his constitutional responsibility and be arranging a sit-tight regime in the party. A word is enough for the wise!”

The implications of this for the APC is that the decision to register new members might bring forward the need to change party leadership at various levels from the wards to the local governments and even the states leadership. This is sharply dividing the party as what is about to happen is to enthrone an entirely new leadership, that is, sweeping away what could be described as the last vestiges of the Oshiomhole dissolved NWC.

But, again, some members of the APC are in support of the registration of new members, which in turn would result in the extension, probably by one year. These members arguing for extension argue that the damage done to APC by the Oshiomhole and his dissolved NWC was much and therefore need more time for reconciliations.
What it means is that since some members are already buying into the idea of fresh registrations, extension of the tenure of the Committee may gradually become real. They argue that those calling for a December date for the national convention are those, who want to take over the party without proper reconciliation.

The Director General of the Voice of Nigeria (VON) Osita Okechukwu belongs to this group. He was among those that moved from the defunct All Nigeria Peoples Party (ANPP) to the Congress for Progressives Change.
He said, “I personally can’t factor the true reason behind Alhaji Abdullahi Dauda’s concerned APC members preference for a December, 2020 National Convention election to genuine reconciliation of gravely fractured party before convention?

Truly, methinks we should all support the M.M.Buni (MMB) led Caretaker Extraordinary Convention Planning Committee to diligently fix and reposition our great party before any convention.”
Continuing, he added, “A cursory glance at the damage done to the soul of our great party, beginning from our victory in 2015 to regrettably, the culture of impunity, which bedeviled our 2018 primaries to say the least, is deep and unprecedented.

“Accordingly, the MMB’s Committee requires deep introspection to gather the pieces, reconcile the various warlords and tendencies. If it takes six or twelve months, one may not mind so as to achieve substantial cohesion before the crucial 2023 general election. The Committee represents most tendencies.”
But when reminded that extending the CTC tenure would be counterproductive, Okechukwu said, “Please help me ask them, what’s the main item in the terms of reference of the MMB’s Committee? For me the main one is reconciliation! Reconciliation! Reconciliation!

“Reconciliation is the main ingredient in forging a united front in line with our symbol, the broom, without which the second item of the terms of reference is the national convention, and if hurriedly carried out will definitely produce a factional national chairman, who in turn will produce a keg-leg presidential candidate. Lets avoid such sordid scenario, as much as possible. United we stand.”

Another member of the APC, who does not want to be quoted said, to allow for the national convention to hold as planned is to merely white wash the crisis in the party as the reconciliations are far from over, because many members of the party are still aggrieved.
THISDAY gathered that it is already a consensus among the leadership and members for an extension of the Committee, because the situation on the ground does not suggest that a national convention is forthcoming or nearer the corner.

The idea of fresh registrations would also give room for a new leadership that would be devoid of the old camps. At this moment, therefore, APC is just living on old glory as it is still internally factionalised along side the Action Congress of Nigeria (ACN) and the Buhari camp represented by the Congress for Progressives Change (CPC).

The clamour for a December convention, to some, is perceived as agitations by the ACN to take over the affairs of the party, while the CPC faction, it was gathered is asking for more time for reconciliation to give more room for fresh members who would later demand a change of leadership at various levels to accommodate their interest.

Also, for others, the call for an earlier national convention to elect new members of the NWC is to help decide their presidential ambitions. This is because a national chairman of the APC from the south might not augur well for their presidential ambitions. It will also show whether in actual sense that the presidency would move or not from the north to the south.
There are indeed many permutations to this. What is happening now in the APC is an indication that the struggle for the soul of the party is about to begin real time. 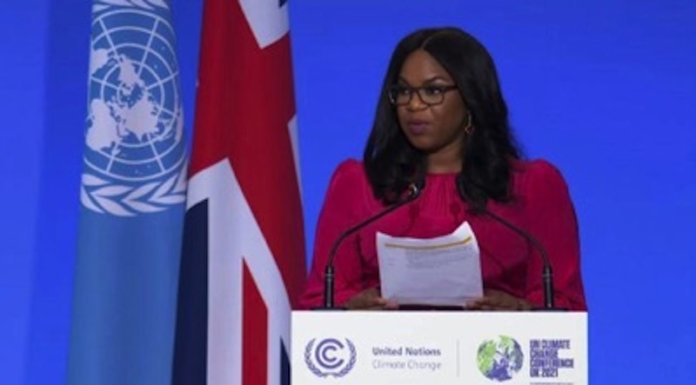