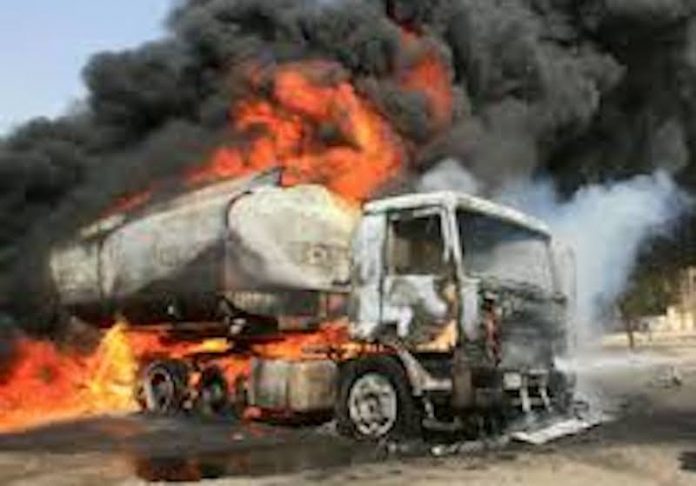 No fewer than nine people were feared dead in a road accident that occurred at Igbelajewa village, along the Ilesha-Akure expressway, yesterday when a truck carrying diesel lost control, spilled its content on the read before catching fire.

About seven vehicles, including an 18-passenger commercial bus were reportedly burnt.

When contacted, spokesperson for Osun Command of Nigeria Police Force, Yemisi Opalola, said the accident occurred around 11a.m, adding however that men of the Federal Fire Service had extinguished the fire.

Also, the Public Relations Officer of the Federal Fire Service in the state, Adija Basiri, said nine lives were lost to the inferno.

She said, “Our men responded to a distress call this morning after a collision between two trucks at Ilesa/Akure Express road in Erin Ijesha, Osun State resulting in a fire outbreak.

“Nine casualties were recorded with one receiving treatment in the hospital. The fire affected nine vehicles and two trucks.”