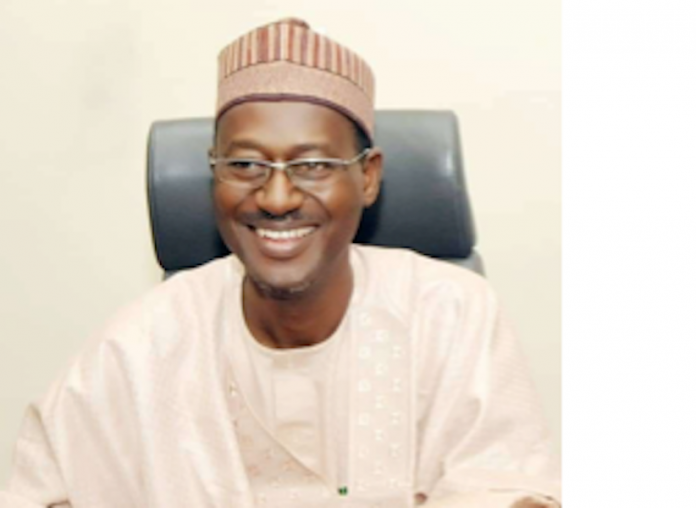 Delivery of affordable housing is a major problem in Nigeria. With a projected population of 263 million by 2030, the current slow pace of housing stock development, low levels of mortgage penetration and inadequate access to affordable housing finance indeed calls for an “emergency response.”

According to the 2019 Center for Affordable Housing Finance (CAHF) in Africa report, housing affordability in Nigeria for most of the populace is almost impossible without a deliberate, concerted, and sustainable involvement of government.

The report further highlighted three key facts: One, that even if private investors are willing to partner with the government, the investment climate specifically for housing and housing finance needs to improve significantly. Two, that robust public funding is required for housing programs to fulfill and target the needs of low-income households. The third fact is that the combination of the Federal Mortgage Bank of Nigeria (FMBN) and the Family Homes Fund (FHF) provides a major route for affordable housing for most low- and middle-income earners.

These conclusions remain valid and relevant today. Recent positive government housing policy developments and the visible excitement they have stirred in the Nigerian housing sector lend much credence to their viability.

At the core is the Mass Housing Strategy envisioned by the National Economic Sustainability Plan (NESP) and recently approved by the Federal Executive Council (FEC).

The scheme projects to create 1.8 million jobs starting with the construction of 300,000 homes in the next 12 months.

The strategy is hinged on a two-track approach. The first is to ease bottlenecks in the delivery of social housing while the second track is the delivery of affordable homes through direct government interventions in house construction.

What is notable is the lead roles that the FMBN and the Family Homes Fund are structured to play in the execution of these bold initiatives. While Family Homes Fund is the lead in the track one of the programs – which is delivery of social housing to low-income earners- the Federal Mortgage Bank of Nigeria is also given a key role in track two which seeks to deliver 10,840 units of the low, medium, and high-income units across the six geopolitical zones.

Additionally, the Federal Mortgage Bank is also to provide construction financing, for up to 2,667 housing units per year with arrangements for off-take being organised through a Cooperative Housing Development Loan Scheme and a National Affordable Workers’ Housing Scheme. The approved NESP document also states that an Executive Order to implement the National Public Buildings Maintenance Policy will be issued to facilitate the survey and maintenance work on public buildings.

The top-level recognition of the importance of the FMBN in the execution of the federal government led historic housing program is noteworthy. It serves as a testimonial for the remarkable turnaround that the FMBN has witnessed in the past three years under the leadership of Ahmed Musa Dangiwa and the increasing confidence in the government in the ability of the management team to deliver on set expectations.

Long perceived as a byword for sub-optimal performance, the country’s apex mortgage institution is building an impressive track record of high performance. This positive shift is helping to redefine the government-owned entity as a more effective, innovative, and reform-friendly tool for affordable housing delivery to Nigerian workers within the low- and medium-income bracket

At the heart of it, all is leadership. The current management of the bank under the direction of Dangiwa has championed and sustained implementation of a reform roadmap that is delivering remarkable results.

Let us look at the corporate performance results which the bank made public recently – with a focus on the period from April 2017, when the management team came on board to June 2020.

First, the bank revealed that it disbursed loans totaling over an N100billion. This implies that on average, they were able to successfully process and disburse loans worth N33bn per year. This is a major improvement in the speed of delivery. To better appreciate the significance of this performance index, it is important to recall that between 1992 and 2016 – a 24-year period – FMBN averaged a paltry N6 billion per year posting a meager N153billion in total loan disbursements. To stretch the comparison further, the performance of the current management in three-years trumps that of 14-years performance pre – 2017 corporate statistics.

Second is the rapid increase in the bank’s financing of affordable housing stock development projects across the country.

Additionally, a greater number of Nigerian workers are benefitting from the FMBN affordable suite of housing loans, at a scale that is unprecedented in its history.

According to the performance report, the bank provisioned a total of 51,608 housing loans – this comprises 4,095 mortgage loans and 47,513 home renovation loans within the period.

These astonishing improvement recorded by the Dangiwa-led team within these three years are significant in the history of housing development in Nigeria at two fundamental levels. One, they provide solid proof that the often-criticised National Housing Fund (NHF) Scheme, despite its sub-optimal impact in the first two decades of its establishment, is indeed, a good and viable scheme for catalyzing affordable home delivery. Two, they show that the scheme possesses great potential to act as impact as an institutional enabler of affordable housing delivery and above all, under the right type of leadership.

The strides signal what is possible. As the main fulcrum of FMBN’s activities, the NHF supports the bank’s suite of affordable housing loans that target a critical segment of the population i.e. workers who fall within the low- and medium-income brackets. Provisioned at terms and conditions that are unrivaled in the market, FMBN’s products currently stack at the top as the average Nigerian worker’s best route to affordable housing.

First, consider the FMBN NHF Mortgage Loan for one. FMBN leverages funds pooled from the NHF scheme to grant wholesale loans at four per cent interest rate per annum to its accredited Primary Mortgage Banks (PMBs) for on-lending at six per cent to NHF contributors over a maximum tenor of 30 years. The loan is secured by the mortgaged property.

A contributor to the National Housing Fund (NHF) can access up to N15 million through the licensed PMB of his choice as a mortgage loan to build or purchase a home after six months of continuous contributions to the scheme. Loans of up to N5 million attract zero equity contribution, while those from N5 million to N15million attracts only a 10 per cent interest rate per annum.

Second is the FMBN Individual Home Construction Loan, which is designed to help contributors to the NHF scheme to access affordable, long-term housing construction finance to build their own homes. Key features of the loan comprise a maximum loan amount of N15 million that can be accessed and paid back over 15 years at single-digit interest rate per annum of seven per cent.

The third product is the home renovation loan that provides up to N1 million to contributors to renovate or carry out improvements on their existing homes and pay back over five years at a single-digit interest rate of seven per cent.

The innovative product specifically targets contributors to the National Housing Fund (NHF) who already own their homes and are not seeking mortgage loans to build or purchase new ones. Because of the ease of accessing it, beneficiaries living in rural areas and own land have been reported to deploy the funds to building complete homes using local building materials.

Yet another innovative affordable housing product is the rent to own scheme. Introduced by the Dangiwa-led management team, the rent to own scheme boasts convenient features that further reduce the financial burden on homeownership on Nigerian workers. The FMBN Rent-to-Own housing scheme provides an easy and convenient payment plan towards home ownership for Nigerian workers.

Specifically, the scheme makes it possible for Nigerian workers to move into FMBN homes – located nation-wide – as tenants, pay for and own the properties through monthly or yearly rent payments spread over periods of up to 30-years.

The scheme is available at a single-digit interest rate of nine per cent per annum on the price of the property. Properties with a maximum value of N15 million are eligible under the program. Other features include immediate access to a home for beneficiaries, early/advanced payment allowable, and elimination of equity down payment requirements and savings of costs related to a mortgage transaction

From the NHF Mortgage loan to the rent-to-own scheme, the recurring decimal is affordability: single-digit interest rates, longer terms for payment, zero or minimal equity requirement amongst others. By sustaining the momentum of ongoing reforms of the NHF scheme, boosting its financial resilience and ensuring that a greater number Nigerians that can access these loans, the Dangiwa-led management of the FMBN is providing practical proof of how the NHF scheme can directly impact Nigerian workers.

Yet that is but one level. Another is powering FMBN’s financing windows for real estate construction through products such as the FMBN Estate Development Loan (EDL) with maximum loan amounts of up to N500 million. FMBN uses funds pooled from the NHF to provide affordable loans to reputable private developers, state housing corporations and housing cooperatives at single-digit interest rates of 10 per cent per annum to help bridge the housing deficit through mass production of decent, quality and affordable houses for ownership by NHF contributors.

As a result, houses built through the EDL window are built based on designs that are approved by FMBN, do not exceed N15 million in price, and are sold only to NHF contributors. The bank finances infrastructure facilities up to 70 per cent for private developers only while housing corporations and Government own development projects are to provide 100 per cent infrastructure. Another product is the Cooperative Development Loan (CDL) to encourage members of cooperatives to access funds to build homes for their members.

The key role that the government has given the FMBN in the delivery of its historic housing program is commendable. The turnaround reforms initiated by the Dangiwa-led management team and the results that are already visible as evidenced by latest corporate performance indicators show that the bank has the right team, is tackling systemic institutional challenges and is ready and primed to deliver expected results.

Terungwa Isaac is a public analyst based in Abuja