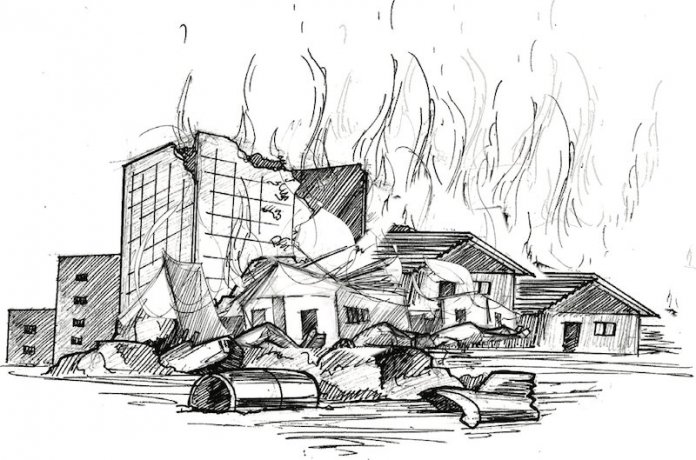 There is need to raise awareness on safety standards

Barely three weeks after a gas tanker exploded in Iju-Ishaga area of Lagos, injuring over 30 people and destroying many buildings, another explosion occurred last week in Baruwa, a densely populated suburb of Lagos. According to reports, an LPG tanker was in the process of discharging its content at a time the station’s generating set was running. The spark and the explosion which followed threw the discharging tanker across the road. Aside the loss of no fewer than five lives, 25 buildings, 16 shops, a private school building, a hotel and several vehicles/tricycles were razed.

While the Department of Petroleum Resources (DPR) has harped on the need for plant operators to take necessary measures to ensure the safety of end-users of cooking gas, it doesn’t appear as if these plants observe any safety standards of their own. That a power generating set would be on at the time gas was being discharged is the height of negligence. This much was confirmed by the Lagos State Emergency (LASEMA) Director General, Damilola Oke-Osanyintola who said that “this was an entirely avoidable incident caused by carelessness on the part of the operators.”

While we commiserate with the families of the deceased, what makes the Lagos tragedy disturbing is that in the past few years, gas explosions of different variants have claimed many lives across the country. Not long ago, a chlorine cylinder exploded at the Plateau State Water Board treatment plant at Lamingo, Dogon Karfe, Jos South local government, leaving eight people dead, among them a pregnant woman and children. Dozens of others sustained varying degrees of injuries.

Also of increasing concerns are gas explosions of the domestic kind, mostly as a result of leaking cylinders. Ironically, this is coming amid intense campaigns on the need for Nigerians to drop kerosene for gas as a cheaper and cleaner means of cooking. In recent years, fatal explosions had been reported in Akwa Ibom, Lagos and Jigawa States. In one of the incidents, the gas escaped into the air and got to a fire point where a lady was operating a restaurant, killing people along the way. Another gas explosion at Arakale market in Akure, Ondo State was traced to an illegal gas re-filling plant which wounded many and razed many shops.

Perhaps the most sensational was the Abule Ado explosion in the Amuwo Odofin local government area of Lagos in March 2020. It killed 23 amid large scale destruction of property. According to the Nigerian National Petroleum Corporation (NNPC), the explosion was caused when a truck rammed into a gas cylinder stacked in a gas processing plant near a vandalised petroleum gas pipeline. Six months after the tragic event, reports on investigation are still being awaited. In another incident that is typical of the carelessness often associated with many homes, a female domestic help in Epe, Lagos, turned on the gas and left to chat outside. By the time she returned to light up the gas, the kitchen was suffused with chemical. The resultant fire and explosion sent her and neighbours scampering for safety. At least 24 people suffered various degrees of burns.

To avert these tragedies, it is important to educate households on the need to gradually replace their metal gas cylinders with fibre cylinders, which is said to be highly fire- resistant. Also, the promise to phase out and replace the gas cylinders in circulation with more advanced ones should be hastened. Some households have been using the same cylinder for upwards of three decades. That is a disaster waiting to happen. Besides, the relevant authorities need to organise sensitisation programmes to all gas retail outlets on how to operate their business with minimal risk.