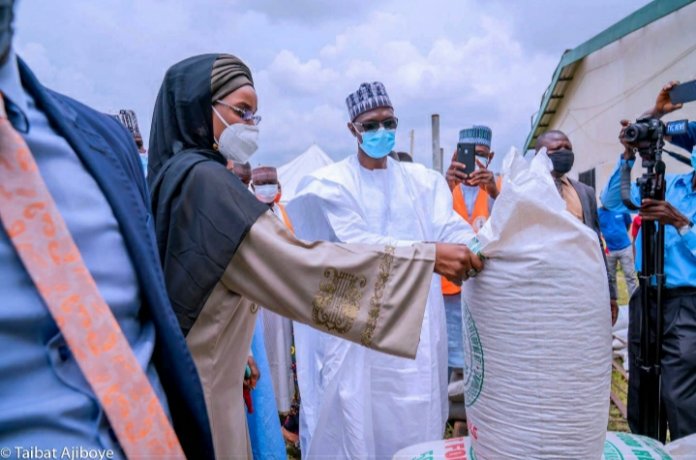 The Minister for Humanitarian Affairs, Disaster Management and Social Development, Sadiya Umar Faruk, recently made a remarkable delivery of palliatives in the North-east States of Gombe, Adamawa and Yobe.

It was a bold effort to cushion the impact of the lockdown, and the subsequent downturn in the economy.

Farouk, whose action has been ascribed as absolutely timely for the current situation with staple foods like rice, maize, and sorghum clearly out of the common man’s reach owing to inflation, also went further to dissect for each state the environmental challenges before them, offering options for mitigation.

Farouk is unwavering in her commitment to deliver on President Muhammadu Buhari’s desire to address the challenges posed by vagaries in the economy, especially owing to the COVID- 19 pandemic.

The Ministry of Humanitarian Affairs, Disaster Management and Social Development, created on August 21, 2019 by President Muhammadu Buhari as a special intervention ministry for humanitarian affairs, management of disasters and social interventions, was a novelty.

It was given the mandate to develop humanitarian policies and provide effective coordination of national and international humanitarian interventions while ensuring strategic disaster mitigation, preparedness and response, as well as managing the formulation and implementation of equity focused social inclusion and protection programmes in Nigeria.