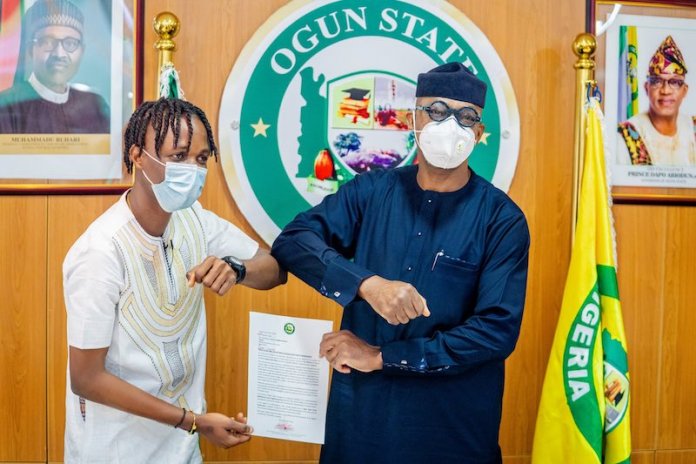 When Mahatma Gandhi remarked: “In matters of conscience, the law of the majority has no place”, he must have had me on his mind. I do not aimlessly follow the crowd; rather, I weigh my options before making a decision. Why? If you do not know where you are going, you’ll follow them to where they are going. By implications, you’ll get lost. Yes, it is easy to get drowned and lost in the cacophony of this world.

Any objective person who took the trouble to pore through the controversial action of Governor Dapo Abiodun in honouring Olamilekan Moshood Agbelesebioba popularly known as Laycon, which has predictably generated a “cacophony from hired and unhired attackers”, would come to at least three conclusions. One, Mr Abiodun is a governor who is deeply passionate about the youths, in spite of his human failings. Two, he is happy that the name of the state has, again, surfaced both nationally and internationally for positivity— informed. Three, he believes that a youth who brings honour and attention to the state— positively— deserves the attention and honour of his state government in order for his fellow youth to emulate his culture of excellence— that made him one of the brightest students in his department upon his graduation from UNILAG— and his trait of patience that restrained him from engaging in a fisticuffs when he was in the Big Brother house.

Moreover, given the raging storm of reactions and counter-reactions that has greeted the governor’s action, at least three conclusions are evident. One, many of those who comment on or react to the event have actually not read the governor’s press release. Two, Nigeria is deeply polarised and many people only view issues not on their merit but from their parochial, political, ethnic and religious standpoints. Three, the future is ominous if nothing is done to douse tension and reduce the skyrocketing sentimental blood pressure.

Like the unnecessary furor that greeted the publication of “There was a Country: A Personal History of Biafra” (2012) by the late raconteur, Chinua Achebe, the level of public discourse has been reduced to its lowest ebb. There is no rigour and misreadings are now the rule rather than the exception. It was after reading the work that one came to realise that many claims about the book are incorrect and that rather than play to the gallery, it is always good to seek one’s truth. But the constraint is that we are not a reading nation, we are only a talking/chatting nation.

Though many people have excoriated the governor for rewarding Laycon whom most of them used their thousands of naira— hard earned money— to vote in order for him to become the winner of the reality show, BBN. Fascinatingly, the coming of Laycon to Ogun State was hugely attended by a large number of youths from within and outside of Ogun State— acceptance.

On his passion for the Youths of Ogun State, the governor wrote on his Facebook Page, “We have appointed the winner of the Big Brother Naija Lockdown, @itslaycon Youth Ambassador of Ogun State in addition to house and cash gifts.

I relayed this development today, when I played host to Olamilekan Moshood Agbelesebioba AKA Laycon in my Oke-Mosan office in Abeokuta.

The appointment and gifts are a celebration of Laycon’s good character, intellect and virtues which were proven to the whole world on live TV as better choices than vices. A proud son of Ogun State, Laycon displayed the essence of focus in the face of temptations and provocations. This is the true Ogun State spirit, and it indeed confirms that this earned him his academic achievement at the University of Lagos.

Entertainment and academics mix finely for a good result. So I urge parents to let their children explore outside the classroom. We are therefore now finalising plans to establish in Ogun State, an Entertainment Village for artistes and artists to nurture their skills and talents.