The All Progressives Congress (APC) has said the Peoples Democratic Party (PDP) has no moral authority to caution or query President Muhammadu Buhari’s administration.
This is coming as the main opposition party yesterday cautioned the National Caretaker Chairman of the All Progressives Congress (APC) Governor Mai Mala Buni of Yobe State, to stop sending impostors in his party to insult PDP governors and other patriotic leaders just to divert attention from the failures and problems of his party.

The Deputy National Publicity Secretary of the APC, Mr. Yekini Nabena, in a statement issued yesterday, said the subsidy regime and the Nigerian National Petroleum Corporation (NNPC) have been so transparent under the Buhari-led administration, unlike under during the previous PDP administrations.
He stressed that under the PDP administration, NNPC was accountable to no one to the extent that it owed the government up to the sum of N704 billion for gross violations of the subsidy scheme.

“It is baffling that the Peoples Democratic Party (PDP) has to be told it does not have any moral authority to caution or query the President Muhammadu Buhari administration.
“Between 2006 and 2013, PDP governments spent over N5.42 trillion on subsidy, which was 15.57 per cent higher than the 2014 national budget of N4.69 trillion. It was also under the PDP government that the number of fuel importers rose from five in 2006 to 10 in 2007, 19 in 2008 and spiked up to 140 in 2011. This was one of the biggest causes of corruption because many firms only existed on paper and collected subsidies on fuel that never existed.”

The party spokesman said to make matters worse, 60 million barrels of oil were stolen under the watch of PDP- controlled NNPC between 2009 and 2012.
Nabena stressed that NNPC during the PDP years also failed to remit $20 billion in oil revenues owed to the nation, which was confirmed by PwC and Deloitte investigative reports.

According to him, “The PDP has no genuine reason to cry wolf or display moral authority over subsidy under the Buhari administration”
Nabena added that PDP Spokesman, Mr. Kola Ologbondiyan, displayed his lack of understanding when he compared the minimum wage of Saudi Arabia and Egypt to buttress his points.

Meanwhile, the PDP has cautioned the National Caretaker Chairman of the APC, Buni, to stop sending impostors in his party to insult PDP state governors and other patriotic leaders to divert attention from the failures and problems of his party.
The main opposition party urged Buni to design a more constructive way of containing the manifest failures of the APC government at the federal and state levels instead of this jealous act of seeking to use nonentities to attempt to drag down PDP’s performing governors and other well-meaning Nigerians.
The PDP said that it is indisputable that governors elected on its platform have performed and are performing better, by all standards, than their counterparts in the APC.

According to a statement by the National Publicity Secretary, Ologbondiyan, Nigerians across the country already know that the standard of living, infrastructural development, wealth creation, employment opportunities as well as growth in critical sectors, including aviation, education, health, transportation power, energy, manufacturing, and commerce are better in PDP states.

According to him, it is incontrovertible that contrary to the lies of APC impostors, between 2006 and 2013, successive PDP administrations effectively managed the resources of the nation and grew the economy to become one of the fastest growing in the world as recorded by Fitch and the IMF.
He explained that perhaps the APC should be reminded that within this period, the PDP achieved the historical debt relief (of about $18 billion), which freed Nigeria from the suffocating shackles of huge external borrowings of the past.

He explained that it is a fact that during this period, the PDP administrations reduced the nation’s budget deficits by 72 per cent, stabilised the currency and overall economy to achieve the doubling of the GDP within four years from $55.65billion in 2003 to $114.36billion in 2006, as acknowledged by IMF database.
This, he said is in addition to improving the FDI from less than $700 million per annum in 1999, to $4.3 billion by 2007, which earned Nigeria a BB credit rating by Fitch. 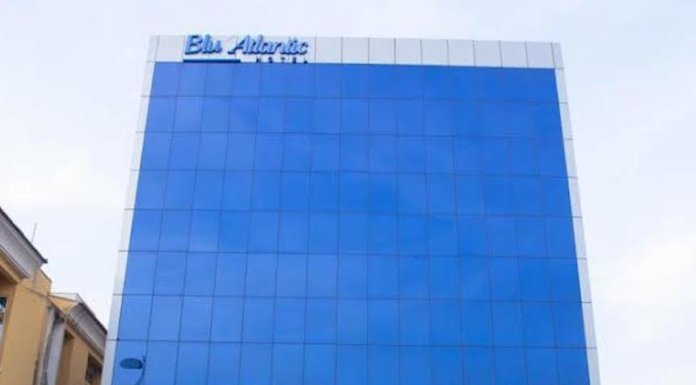