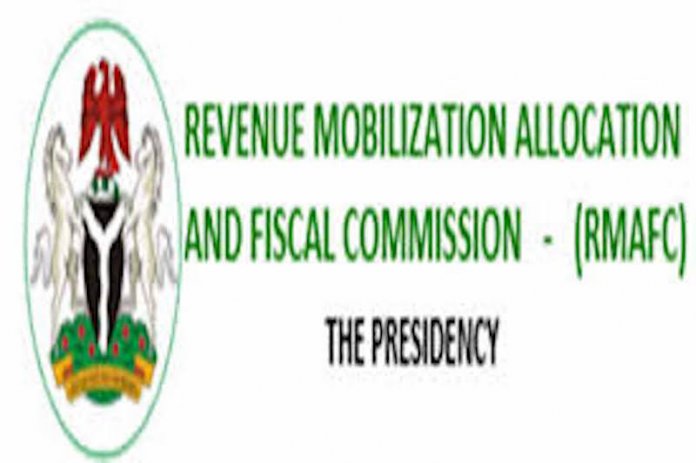 Yinka Kolawole in Osogbo
The Revenue Mobilisation Allocation and Fiscal Commission (RMFAC) has scored Osun high in the area of fiscal transparency and accountability, which it said was the pathway to the huge successes recorded in the area of infrastructure development.

The Commission, which was on a two-day sensitisation tour to the state for the purpose of gathering data and management evaluation, stated this while meeting stakeholders in the Finance, Health and Education sectors of the state.
The tour, which will take the Commission to 30 States and FCT, is also being done, because of the need to review from time to time, the allocation formula and principles so as to conform with changing economic realities.

Speaking through one of its federal commissioners, Alhaji Abdulahi Yaman, the Commission said, Osun was better placed for great things, because the governor, Gboyega Oyetola, was doing well in the area fiscal transparency and accountability, which it claimed was the reason for the excellent performances of the governor.

“As we were entering the state, we could see that the governor here is doing really well. Apart from roads that are being constructed, we saw good-looking hospitals and schools, which are critical areas any responsible government must not take for granted.

“Osun is better placed and ready for great things, because you have a governor, who has done well in the area of fiscal transparency and accountability, attributes that every governor must imbibe simply, because the country doesn’t have any money to throw around.
“We will ensure that what is due to Osun comes to you. The Governor has earned it through his sterling performances,” Alhaji Yaman stated.

Earlier, in a welcome address, the Commissioner for Finance, Osun State, Bola Oyebamiji, appealed to the Commission to assist the state in the most positive ways, because Osun desires more from the federation, because it is deserved.
“Osun desires more from the federation account, because we deserve it. As you can see, we have done well with what we have gotten and we are in a hurry to do more,” Oyebamiji maintained.