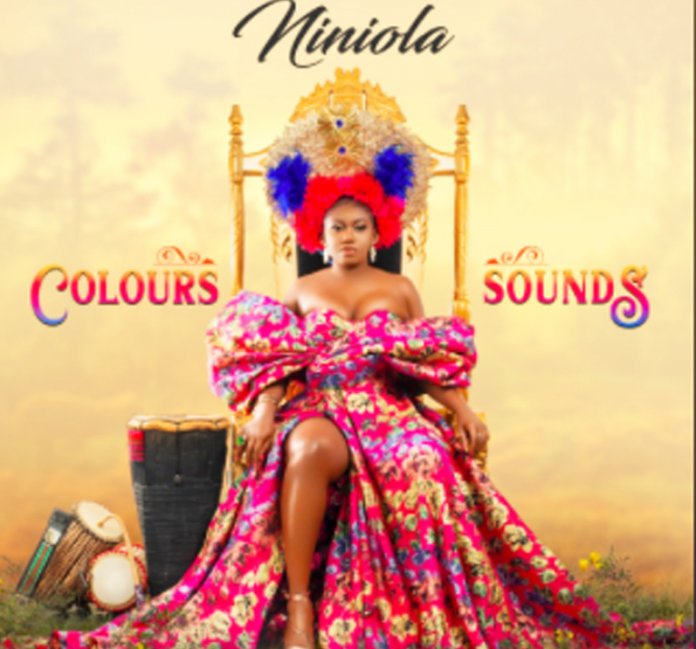 Singer/songwriter, Niniola is super excited about her new body of work as she takes listeners on a tour of Africa’s ever-evolving dance music landscape with her dynamic sophomore album, “Colours and Sounds”. Ferdinand Ekechukwu reports

“I love the song so much because when I heard the beat, it was produced by Sarz on the beat…And the first emotion that came to mind was that of love and lost. So, I started singing about my late father (God bless his soul). He (late Brigadier-General S.O. Apata) was an educationist and philanthropist. He was just a very good man. And I started singing about how he was assassinated and all of that.

And I just paused and I’m like ‘no, no I shouldn’t be doing that on this song’. And what I just did was I took that emotion and I just made it very relatable,” she said.

Niniola is super excited about her new body of work. Why ‘Colours and Sounds’? She explains. “My music is being listened to by different people of colour, of race and different sexuality. And sound, different genre will be represented on the album and also because my music is very vibrant, I just wanted that title to depict that…Of course I have worked with some very interesting collaboration on the album.” The album joins a long list of releases in the second half of 2020 including Davido, Burna Boy, Tiwa Savage, Tekno, Wizkid, Cuppy, Peruzzi, Sound Sultan and more.

British Afrowave boss, Afro B adds his voice to ‘My Body,’ while South Africa’s Busiswa brings flavor to the hypnotic ‘Oh Sharp.’ Nigerian music icon Femi Kuti, son of the great Fela, brings his distinctive sax tones on the Afrobeat-inspired ‘Fantasy,’ and Kenyan trio Sauti Sol bring a mix of reggae and afropop vibes to the sunny, Kel P-produced ‘So Serious.’

While the musical flavors are many, Niniola’s performance is singular as she brings her A-game to each of the album’s 13 tracks. Her root genre (sound) she describes as afro house though she tends towards other genre of music like R&B, inspirational rock, hip hop, folk and afrobeats. With this album she takes listeners on a tour of Africa’s ever-evolving dance music landscape on her dynamic sophomore album. Hailed as the “Queen of Afro House” by outlets from Rolling Stone to OkayAfrica and endorsed by the likes of Beyoncé and Drake, the Nigerian singer unites the continent and the diaspora on ‘Colours and Sounds’, incorporating influences from South Africa’s hypnotic Amapiano sound to Afro Bashment and vintage Afrobeat.

Through massive singles like Maradona and Bana and her debut standout album, “This Is Me,” the singer has taken the throne as the leading artiste pushing a blend of afro-pop and house music. She has continued that upward trend with more recent drops like Boda Sodiq and Designer. Her lyrics are lewdly coded if you listen to her exploiting the Yoruba language to sing. She subtly admits the Yoruba language makes her song’s delivery beautiful. Niniola is regarded as one of Nigeria’s most successful female musicians.