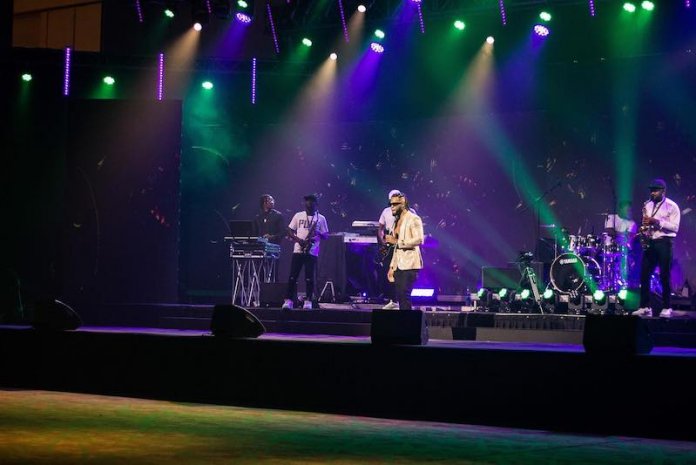 Performing with his band on a tastefully designed stage, Flavour delivered some of his popular tracks. From ‘Adamma’ to ‘Shake’. Together with his dancers, they gave an energizing delivery to set the mood for a night that promises to be reflective and entertaining.

Other artistes billed to perform include Wizkid, Davido, Burna Boy, Tiwa Savage among others.

The 6-hour global commemoration from 5pm GMT to 11pm GMT is featuring leading performers, fashion from top designers and speeches from icons, statesmen and global leaders.