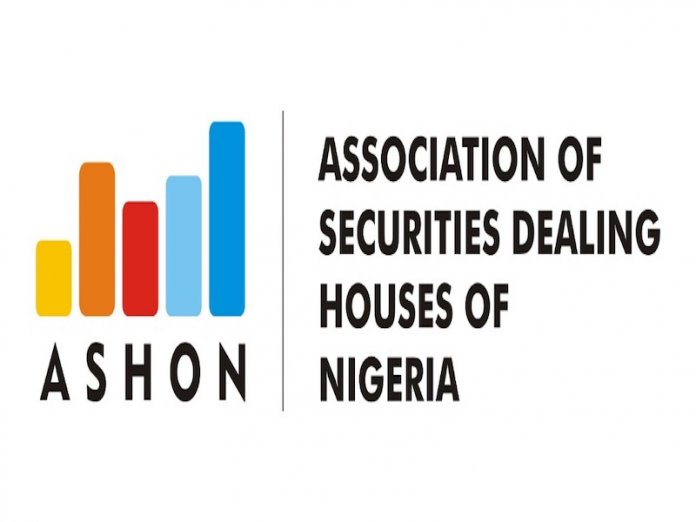 The Association of Securities Dealing Houses of Nigeria (ASHON) has re-affirmed that its members would soon commence trading on the FMDQ Securities Plc.
This followed the submission of the final report of the Relationship Committee set up by the Association’s Governing Council. The report is to be considered and implemented.

The Chairman of ASHON, Chief Onyenwechukwu Ezeagu, confirmed this while addressing members of the association during the virtual annual general meeting (AGM).

“In our resolve to create new streams of income for our members, we intensified efforts through the FMDQ Committee to establish a trading relationship with the FMDQ. The committee has submitted its final report and we are at the last stage of onboarding our members to trade on the FMDQ platform,” Ezeagu said.

Corroborating him, Public Relations Officer, ASHON, Ms Ify Ejezie, explained that the onboarding processes, training and fixing of applicable fees would be seamless.

ASHON has been on the vanguard of ensuring that its members take advantage of an array of business opportunities created by the emergence of more Securities Markets such as FMDQ, NASD OTC Plc and Lagos Commodities and Futures Exchange (LCFE).

The move is expected to reverse the current situation whereby stockbrokers are not so active in trading fixed income securities on the FMDQ , whereas the financial instrument was the hub of transaction on the Nigerian Stock Exchange in the past.

The umbrella body for all securities dealing houses in Nigeria was formerly known as Association of Stockbroking Houses of Nigeria until last year, when the name was changed to reflect the enlarged functions of its members.

This is consistent with the proposed Bill that will recognise stockbrokers as securities dealers as against the current narrow perspective of their roles being limited to dealing in equities only.

Meanwhile, speaking on the demutualisation of the NSE, Ezeagu told the members that the project was delayed due to the outbreak of COVID-19 pandemic, explaining that it has started to gain traction. According to him, the documents are already with the Corporate Affairs Commission (CAC) and Securities and Exchange Commission (SEC) for final approval.

He also updated the members on the engagement with the regulators on some current issues of concern such Know Your Client (KYC), unclaimed dividends, identity management issues and multiple account reconciliation among others.