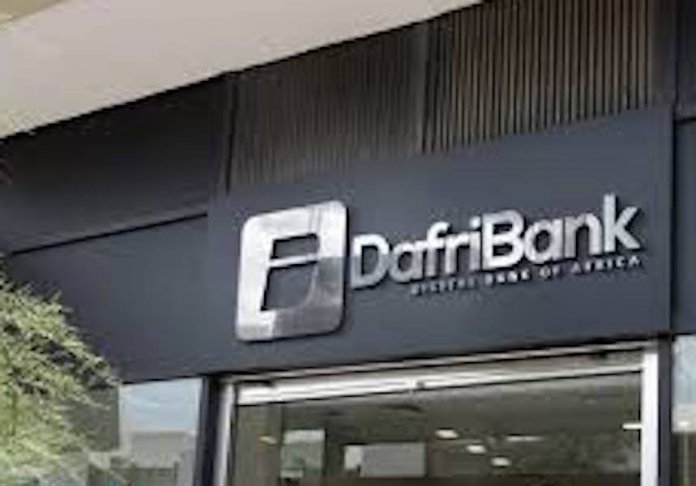 DafriBank Limited has subsidiaries in Nigeria and has presence in 23 countries.

The group is in the process of constructing its headquarters in Marina, Lagos and plans to migrate from digital-only operation to commercial banking by 2023.

“We are pleased to announce Mr. Ramaswamy Easwaran as DafriBank new Chief Executive Officer with effect from September 1, 2020. Easwaran’s experience in banking, solid knowledge and background places him in an excellent position to lead the growth and sustainability of DafriBank,” the bank said in a statement.

Easwaran is an award-winning versatile banker with a career that spans over 18 years, having worked for some blue-chip banks like HSBC, ABN Amro, BNP Paribas, IndusInd Bank.

He had multiple roles across verticals, some of which include: product management, rolling out products in the payments and corporate banking channels, end to end product management right from initiation till maturity and decline.

Commenting on the appointment, DafriGroup Plc’s Chairman, Mr. Xolane Ndhlovu said: “Following rigorous and extensive search process, we are pleased to have appointed someone of Easwaran calibre, experience and ability to fill the important position.

“Easwaran strong knowledge of digital banking and successful background in financial services put him in an excellent position to lead the growth and sustainability of DafriBank.”

Easwaran holds multiple academic degrees, including Bachelors in Accountancy with the major studies, including Accounting, Economics, Taxation, and Audt.

He holds an ACMA degree awarded by the Institute of Cost Accountants of India (ICAI). Additional qualifications include Scrum Foundation Certificate (SFC) from ScrumStudy. He also holds certifications in Blockchain Technology, Data Analytics, and Artificial intelligence.

Reacting to his new position, Easwaran was quoted to have said: “This is an exciting place to be in in the current times where growth prospects are unlimited. I’m excited and looking forward to the new challenge.”