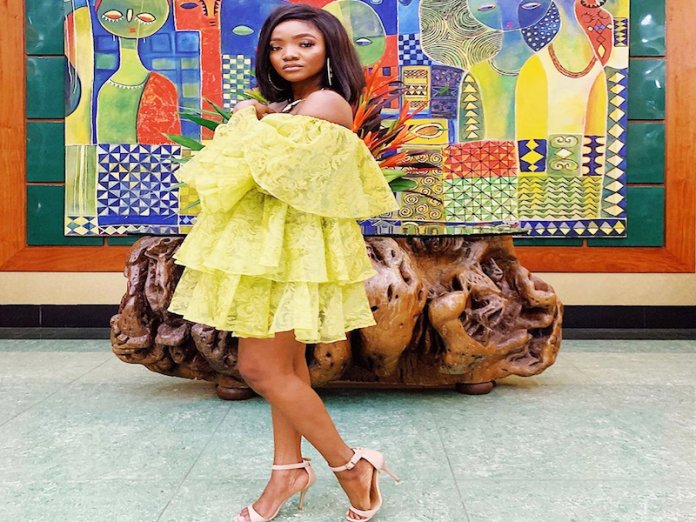 Singer/song writer, Simi (Simisola Ogunleye) has joined the league of African acts signed on to the platform of Platoon Records, a UK-based label owned by Apple Music. The music star took to her social media page last Monday where she announced the big news. Platoon Records was acquired by Apple Music in 2018, to enable artistes distribute their music independently while using analytics to figure out the target market for their style of music.

Platoon as an A and R company, focuses on talent scouting and helping in developing the relationship between recording artistes and songwriters. The singer, who is still enjoying the success of her hit single “Duduke” following the arrival of her new baby, announced that she joined the label as an artiste and revealed that her new EP “Restless II” would be released soon. She also shared a video spotlight of herself in the caption of which she announced the coming of her next studio project.

The songstress wrote: “New week and new deal. I’m officially part of the @weareplatoon family! #RestlessII coming soon.” With this deal, Simi joins Cuppy, Wurld, and other Nigerian artistes on the Platoon roaster.

On Platoon, the Nigerian songstress said: “Platoon definitely stood out for me because of the energy. When you’re doing art, it is always important for everyone to be on the same wave length. It was like a no brainer for me. We knew we wanted to work with you and collaborate with you.”

Simi released her debut studio album ‘Ogaju’ in 2008. Ogaju was produced by Samklef. Some of the hit songs in the album include Iya Temi and Ara Ile. She was signed by X3M Music in 2014. Some of her hit songs include; Tiff, Jamb Question, Love Don’t Care, Smile For Me. She has also featured in several hit records like Soldier with Falz, No Forget with Adekunle Gold, Orire with Legendary Beatz and a few others.

In January 2014, Simi released the 5-track EP, “Restless,” which eventually earned her a record deal with X3M Music. The EP is composed mostly of covers recorded by popular acts, including Rihanna’s “Man Down” and Adele’s “Set Fire to the Rain”. Simi released Jamb Question (her second album) in 2016. Her 3rd studio album, ‘Omo Charlie Champagne’, was released on the 19th of April 2019.

The album is slightly different from her normal afro-centric kind of songs. It is a mixture of a sentimental ballad, Afropop, Afro-fusion, Afro-soul, R&B, EDM and moombahton. She featured other musicians like Patoranking, Maleek Berry, Falz, and her husband Adekunle Gold in Omo Charlie Champagne. The album was produced by Oscar with contributions from Vtek, Legendary Beatz, and Sess.

Simi dedicated the album to her late father Charles Oladele Ogunleye, who died in 2014. Before the release of Omo Charlie Champagne, Vol. 1, she released three singles: I Dun Care, Lovin, and Ayo. Simi’s contract with X3M Music expired on May 2019, and she didn’t renew the contract as she had plans of launching her own label. Accordingly, Simi announced the launch of her independent record label – Studio Brat in June 2019.

The signing of Simi by Platoon Music comes months after Florence Otedola, a disk jockey better known as DJ Cuppy, also signed with the label before the release of ‘Original Copy’, her debut EP.

Denzyl Feigelson, CEO of Platoon Records, had earlier revealed his intentions to help artistes get through the coronavirus pandemic. While welcoming Simi to the brand, Feigelson can be heard saying in the video, “We’re really looking forward to seeing your music spread out to the entire globe, which it should.”

In a related piece, Feigelson said: “I want artistes to be able to manage their music on our platform; get services like health care, legal and accounting; learn about publishing, touring, how you market; and conquer things like YouTube, Facebook, TikTok, Twitch, because if I help them grow their businesses, it’s only helping us grow our business, too. And we’re doing that in all kinds of ways.

“Our long-term vision is to help artistes grow their businesses, and our goal is to not see it as African music but as global music. Storytelling has become our key weapon these days: How do you tell a story of an artiste? What’s going to make your track, your story, stand out so that people get it? Our quality just has to be good. That’s the magic sauce — you’ve just got to be fucking good.”