The secretariat of an alliance of over 80 African Civil Society Organisations (CSOs) working in conservation as the African CSOs Biodiversity Alliance (ACBA) under the umbrella of African Wildlife Foundation (AWF), will on September 17, 2020, intensify its campaign for a better world that continues to grapple with the COVID-19 pandemic.

The online session titled: ‘How COVID-19 Affected Policies on Wildlife Trade’, is part of the group’s strategy as an alliance aimed at engaging with the development of the post-2020 Global Biodiversity Framework in a manner that reflects the values, rights, priorities and needs of the African people.

This was disclosed by the Chief Executive Officer of Obudu Conservation Centre (OCC), Nela Duke-Ekpenyong, recently in an online interview with journalists.

She said in April 2020, her wildlife NGO dedicated to protecting, restoring and increasing awareness of the wild lands and wildlife on the Obudu Plateau and surroundings in Cross River State National Park, which also joined the communications and policy working group of ACBA.

Duke-Ekpenyong, who supports the coalition by managing the external communications of the alliance, and assisting with the country-level engagement in Nigeria, liaising with media platforms to promote ACBA’s campaign, said she has produced a case study on ‘Wildlife Community Forest Reserves, Pastoralism, and Water Rehabilitation’ to influence the Convention on Biodiversity’s Framework on Sustainable Use.

According to her, “We are currently running an African- wide campaign to draw attention to zoonotic diseases and tourism and conservation. We are presently out to increase awareness and my involvement is for the Obudu Conservation Centre, which is part of the ACBA. As the group continued with its six-week campaign, the organisation acknowledged that engaging the public on the linkage between nature and health systems is vital now more than ever.

“To effectively communicate this scientific phenomenon, multi-lingual info-graphics are complementing efforts to ensure a better grasp of how zoonotic diseases are transmitted and how everyone can play a role to ensure that we avert another pandemic. In a bid to raise awareness on zoonosis, ACBA has organised a campaign comprising of webinar series and info-graphics. The final webinar for the #OurNatureOurHealth campaign is almost here!”

Duke-Ekpenyong further stated in a statement that: “On this webinar taking place on September 17, 2020, at 1500hrs (EAT), we will be discussing more on ‘How COVID-19 Affected Policies on Wildlife Trade’. It will be moderated by the Communications Leader of the alliance, Miss Simangele Msweli of South Africa; with Mr. Taye Teferi, the Africa Policy and Partnership Coordinator of Wildlife Monitoring Network, and Executive Director, Environmental Foundation for Africa, Mr. Tommy Garnet, as speakers.

“We also work alongside a team of leading conservationists and organisations in discussions with the China CSOs and Latin American COICA group to bring together the voice of the global south to influence the post-2020 CBD Framework. Especially as ACBA, which is a coalition of like-minded African organisations that have come together to engage with the post 2020 GBF to achieve some definite vision.

“It includes Africa’s biodiversity thrives and underpins equitable, socially economically resilient livelihoods based on the rights of people to sustainably use their natural resources.”

Also Msweli of South Africa in an email statement said: “On September 17, we are hosting a webinar on how the COVID-19 pandemic is influencing policies on wildlife trade and consumption, as well as deforestations. It will be live on the Facebook page and there will be French translation too.

“Over the past five weeks, we have been running the zoonosis campaign that ends in two weeks, educating Africans about zoonosis, their effects on the economy, human health and animal health.

“While on social media we have focused on the zoonosis campaign, behind the scenes, we are crafting policy submissions to the convention on Biological Diversity, in order to influence the post-2020 global biodiversity framework as our main goal is to strengthen the African civil society voice in the CBD.” 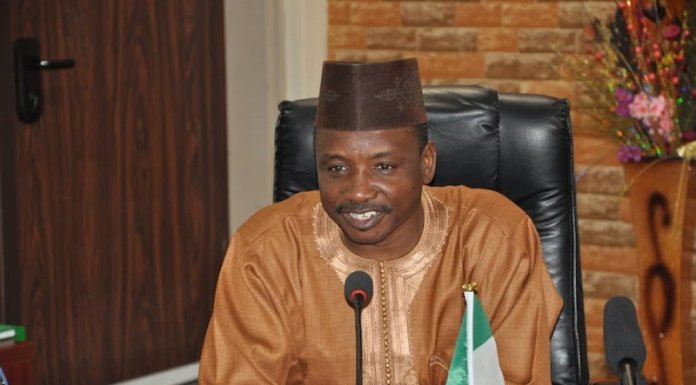