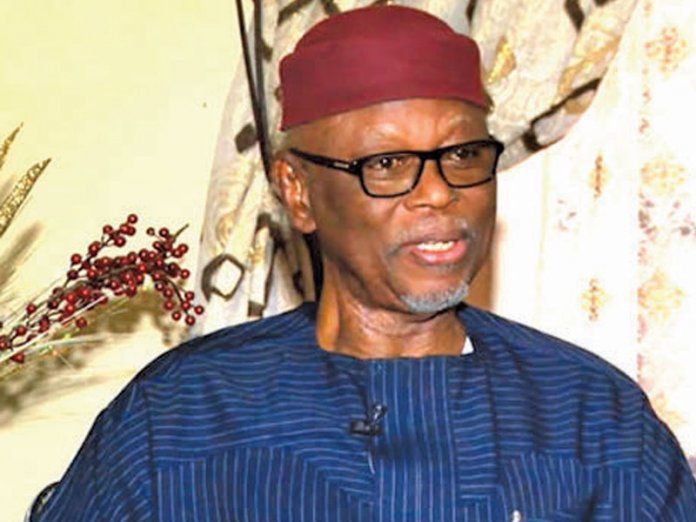 A former National Chairman of the All Progressives Congress (APC), Chief John Odigie-Oyegun, has said that no individual or group can decide for the people of Edo State whom to vote, ahead of the governorship election on Saturday.

Odigie-Oyegun in a statement issued yesterday said he read with great consternation and disgust a statement purportedly issued by him on a the outcome of the gubernatorial election of Edo State.

He stated: “First, let me state emphatically that at no time did I issue any statement, verbal or written, on the fortunes of the APC, or any other party, in the imminent elections. The said statement, which is making the rounds in the social media, could only have originated from sick minds and desperate persons of criminal orientation.

“My views and statements on the Edo State political situation have been consistent. I strongly advised against the mistreatment of Governor Godwin Obaseki by the late unlamented National Working Committee (NWC) of the APC and his subsequent forced exit from the APC. “Governor Obaseki stood bravely for the dignity and pride of his people and in the process suffered unacceptable indignities.

“In the matter of who governs Edo State, the people are sovereign and no individual or group, whatever their status, can decide on their behalf. I stand with the people of Edo State and urge them to come out massively to exercise their democratic rights. They should vote for good governance, common decency, principled leadership especially in the political arena and the protection of their vital democratic rights. They should, by their votes, make clear that it is their right to choose their governor and nobody else’s. There is no room for ‘fence sitters’.”

Oyegun noted that this is a special situation and ‘primitive’ loyalties should and must be set aside, while recalling President Muhammadu Buhari’s admonition in an equally challenging pre-election situation , where the president urged the people to “vote your conscience.”