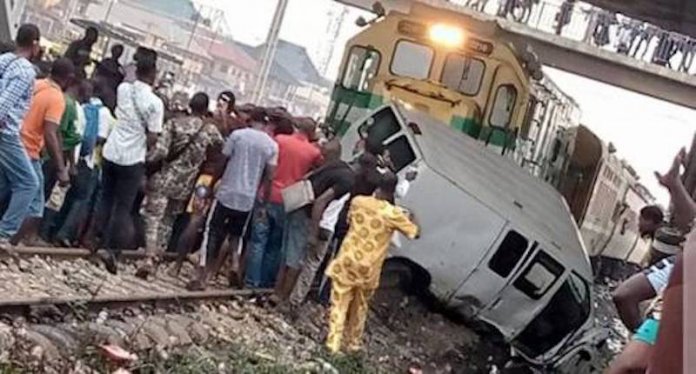 A family of three, including the father, mother and child, along with their house help; and another woman yesterday lost their lives when a train rammed into two vehicles at the Arena market gate in Oshodi, Lagos State.

According to reports, the incident happened at about 8 a.m. yesterday as vehicles were waiting at the entrance of the popular market gate to be checked in for the day’s business.

Although authorities of the Lagos State Emergency Management Agency (LASEMA) had earlier issued a statement that no lives were lost in the incident, however, a second check with eyewitness at the scene of the incident revealed that five person’s allegedly lost their lives in the accident.

Speaking with THISDAY, an eyewitness, who pleaded anonymity, narrated that “the incident happened very early in the morning.

“I was about to cross the road into the market to open my shop when I saw the train coming with speed from Ikeja area.

“Two vehicles, an SUV and another white car, were held up on the rail when the train was approaching. They were waiting for the other vehicles in their front to be allowed in so that they could also move.

“But it happened so fast because the speed of the train was high. As soon as it got to where they were, it cleared the two vehicles. It instantly threw the SUV toward the fence, as the woman in the vehicle died instantly.

“The other white car conveying a family-father mother, and their son as well as their house help was dragged by the train to almost under bridge in Oshodi before it stopped. By the time the people rushed there to help the family out, they were all died.” 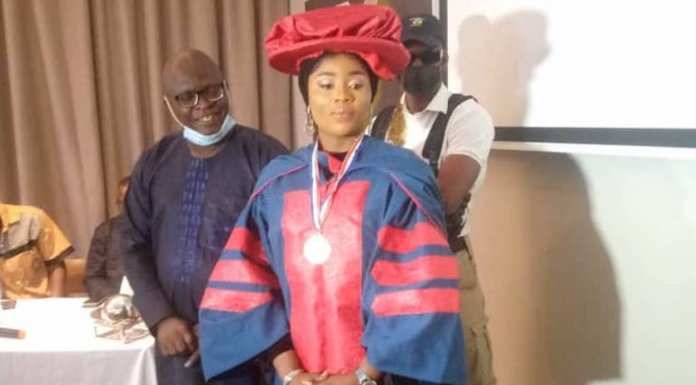