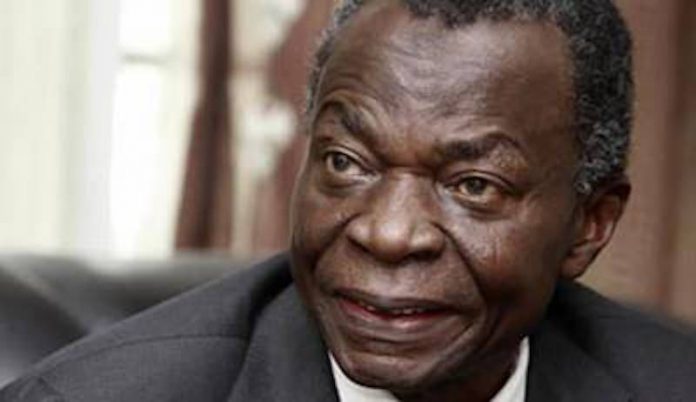 In a dramatic twist, the Justice Ayo Salami-led Panel of Inquiry probing allegations of misappropriation levelled against the suspended Chairman of the Economic and Financial Crimes Commission (EFCC), Ibrahim Magu, yesterday directed security agents to walk out two lawyers, Prof Zainab Duke Abiola and Mr. Aliyu Lemu, from the venue of its sitting at the Presidential Villa in Abuja.

The two lawyers are part of Magu’s legal team. The panel is also investigating alleged mismanagement of recovered assets and abuse of office.

The trouble began at about 11.50a.m. when Mr. Wahab Shittu, who has been appearing for Magu, stood up to introduce other members of the legal team.

But Justice Salami was said to have interrupted Shittu, and insisted that only him would be allowed to defend Magu.

Salami thereafter directed security agents to bundle out the lawyers from the venue.

Shittu has appeared for Magu for the past two months and raised certain issues, including fair hearing for his client and the need to cross-examine witnesses who testified against his client.

Due to the seriousness of the matter, Shittu reportedly led Prof Abiola and Lemu to the venue of the panel yesterday.

Abiola is a globally renowned human rights activist, anti-corruption crusader, a member of the British Bar and the Akasoba of Kalabari Kingdom.

She is also the widow of the late Chief MKO Abiola, the presumed winner of the 1993 presidential election.

Upon arrival at the venue, Shittu introduced members of his team before the panel. As soon as he finished speaking, Justice Salami ordered that only Shittu would be allowed to represent Magu, insisting that other members of the team would have to leave the venue. Attempts by Shittu and Prof Abiola to explain the sanctity of legal representation for Magu were resisted by Salami and other members of the panel, who refused to listen to their explanations.

Reacting to the incident, Abiola expressed her disappointment with the conduct of the panel.

She said: “What happened today (yesterday) has highlighted the nature and manner in which the panel of inquiry has been conducting its sittings secretly against the presidential directive and the instrument setting it up, that it should hold a public sitting. It is unacceptable and patently illegal.”

Prof Abiola further expressed the fact that she was appalled by the treatment meted out to her, saying the development is unprecedented in the history of Nigerian legal system, as even in the worst days of the military junta, Nigerians had the right to be represented by lawyers of their choice.

She expressed the fact that the conduct of the panel indicated a descent into a Hobbesian state where the powerful trample upon the honest and upright citizens’ quest to serve their country with honour and integrity.

The professor expressed the need for Nigerians to stand up in support of their anti-corruption champions.

Abiola also called for an end to the ‘travesty and charade’ being conducted by the panel, saying its action may ridicule Nigeria in the international anti-corruption community.