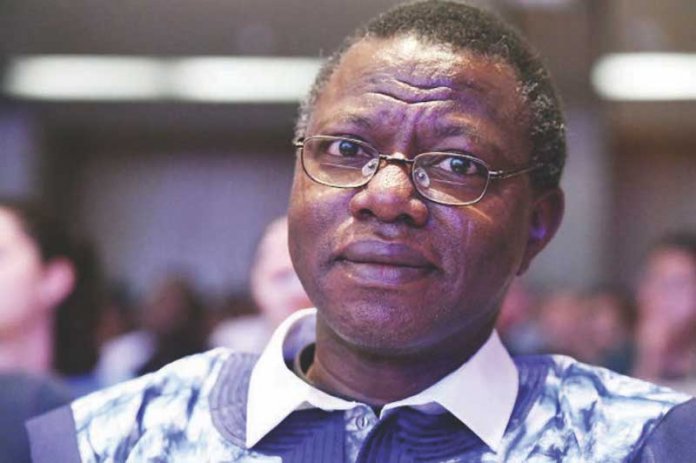 BOOKS
Yinka Olatunbosun
Nigerian writers are some of the first professionals to put Nigeria on the world map. To be sure, Nigeria produced Africa’s first Nobel Laureate in Literature long before the world began to be fascinated by Nollywood. Yet, writers are placed on the lowest rung on the creative sector pyramid. This amongst many other issues was raised during a recent webinar organised by the Association of Nigerian Authors (ANA). With the theme “In Search of A Better World: The Role of The Writer,” the webinar was a convergence of some of the best minds in Nigerian literature to discuss some of the social realities in the world of the writers and their commitment to documenting them.

Moderated by the playwright and poet, Obari Gomba, the conversations revolved around humanity with interventions from other writers in diaspora. On his part, the author, Uche Peter Umezurike expressed the view that writers should be able to create characters that recreate a world that includes the “other” people.

“We should be open to the different ways that people behave or experience humanity,” Umezurike said. “We shouldn’t venerate literature that discriminates against the ‘other’ so that we don’t devalue otherness. What binds us together is our humanity and vulnerability and they are more important than the things that divide us such as religion, gender, tribe, race.”

For the Palestinian translator and poet, Alice Yousef, writers should be willing to take risks because a form of bravery comes from taking risks. “We need to break the barrier of comfort to take risks,” she argued. “We should not be afraid to displease the reader or some readers. It is a part of our psychological response to our environment to write for change and be an activist; to protest issues that hit us hard.” She added that the writer is entitled to her own voice which is both unique and powerful. She lamented the slow rate of translation of literature written in indigenous languages as one of the challenging factors in the crisis of appreciation.

Nigeria’s leading poet, Remi Raji noted that the poet’s first duty is to make love to the language. In addition, the writer must sew philosophy to time, to conjour and arrest power. With allusion to the biblical reference that in the beginning was the word, Raji said that writing is the first profession.

“The Nigerian state lacks the moral courage to claim its writers,” Raji said. “The likes of Okigbo and Achebe are self-made authors. There is no residency for writers that is sponsored by the Nigerian state. Not having a residency is like not having a stadium for footballers. Streets should be named after writers.

Let’s stop having make-shift cultural agencies and ministries with no coaching for writers. Organisations such as Cadbury and NLNG sponsor writers to conferences. We need pen centres in primary and secondary schools. Nigeria has 55% of resident writers in Africa. There is no creative writing school in Nigeria. We are wasting away our writers. We need a union not an association of writers because this is a struggle.”

In addition, he urged the government as well as corporate organisations to create foundation, libraries and hubs where writers can meet and exchange ideas or even seek financial support. “There should be a creative writing art fund. The writer is at the lower rung of the Nigerian creative industry pyramid. There is a budget for the creative industry for 2019 and 2020. How much of this goes to the writers?” he asked rhetorically.
The webinar was punctuated by poetry readings by Christine Yohannes and Uche Peter Umezurike.