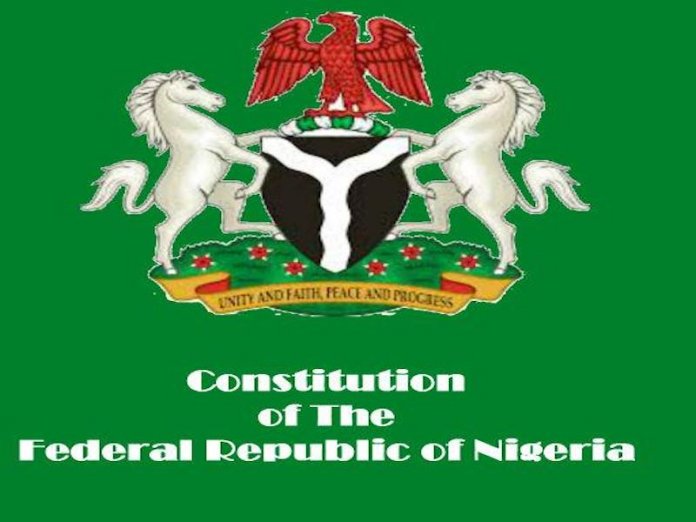 The Senate Ad-Hoc Committee on the Review of the 1999 Constitution calls for memorandum on the following subject-matters – gender equality; federal structure and power devolution; Local Government/Local Government Autonomy; Public Revenue; Fiscal Federation; Public Revenue/Fiscal Federal and Revenue Allocation; Nigeria Police and Nigerian Security Architecture; Comprehensive Judicial Reforms; Electoral Reforms; Socio-Economic and cultural rights; Strengthening the Independence of oversight institutions and agencies; Residency and Indigene problem; Immunity; The National Assembly; State Creation and other matters capable of promoting good governance in Nigeria. With the exception of “gender equality”, all the other subject matters listed by the Senate for consideration for amendment, in my view, are completely in order.

Considering that section 42(1) of the 1999 Constitution has amply provided for the principle of non-discrimination and for equality between male and female in Nigeria, there is no need for another provision on “gender equality”. “Gender equality” is a red herring. The appropriate word is “sex” not “gender”. This is why section 42 (1) of the Constitution talks about “sex” not “gender”. “Sex” means “male” or “female” whereas “gender” expansively connotes homosexuality, lesbianism, transgenderism, bisexuality, intersexuality, queer sexuality, abortion, non-binarism, animalism and bestiality. Section 42 (1) of the 1999 Constitution stipulates that no citizen of Nigeria should be discriminated against on ground of his or her sex, ethnic group, place of origin, religion or political opinion. So, section 42 (1) protects all women and men from discrimination on ground of sex. This is all we need. So, no need for “gender equality”. Let me quickly say that many people and many governments do not understand the real meaning of the phrase, ”gender equality”.

The phrase may sound laudable and palatable to the ear of the unwary and undiscerning but the phrase is a Trojan horse used to deceptively smuggle in LGBT rights into a country’s Constitution as in the case of South Africa. I have attended many United Nations negotiations in New York. My experience is that whenever the phrase “gender equality” appears in any United Nations policy document during negotiations in New York, the African Group (with the exception of South Africa which has legalized gay marriage and gay practices) always vehemently opposes the inclusion of the phrase. Why? Because the generic phrase “gender equality” is not given a biological construct (that is, it does not mean two sexes – “male” and “female”- as some of us think it means: it is now given an expansive social construct to include aberrations such as homosexualism, lesbianism, etc. Let me shock you a bit: whenever the generic term “gender” or “gender”-based appears in any United Nations policy document it is automatically interpreted as LGBT right or transgender right.

The following terms are given the corresponding interpretations in United Nations policy documents: “gender analysis” means LGBT analysis; “gender sensitive” means LGBT sensitive; “gender–based violence” means LGBT-based violence; “based on gender” means based on LGBT status; “gender sensitive schools” means LGBT-sensitive schools; “gender neutrality” means neither male nor female (In fact, many in the U.S. and Europe have gone to court to declare that they are “gender neutral” meaning that they are neither male nor female. These “gender neutral” people or non-binary people crusade for the abolition of a separate “Male Toilet” for males and a separate “Female Toilet” for females in public places such as the airports. They want a “gender-neutral” toilets for both male and female and transgender people.

South Africa is the first and only African country, and, in fact, the fifth country in the world to legalize LGBT rights. Perusing through the Constitution of South Africa I discovered to my chagrin that South Africa operates a non-sexist Constitution with a non-sexist language, meaning that South Africa does not recognize any difference or prejudice between male and female. The most significant provisions of the constitution relating to “gender equality” are found in the Bill of Rights, particularly the section on “equality.” This section contains a general commitment to equality before the law and equal protection of the law, and states that “the state may not unfairly discriminate directly or indirectly against anyone on one or more grounds, including “gender”. Now, does Nigerian want to be a gay country like South Africa? I hope not.

I have painstakingly presented the forgoing to assist our governments and many gullible people who are often deceived into believing that the phrase “gender equality” means the radical equality between a man and a woman. It is not. LGTB has been outlawed in Nigeria by virtue of the Same Sex (Marriage) Prohibition Act 2014. Therefore an inclusion of “gender equality” in our constitution, no matter how mildly couched, will entail repealing the Same-Sex (Marriage) Prohibition Act 2014 (because the Constitution is the grundnorm of Nigeria), and by extension, legalizing LGTB in Nigeria. So, away with “gender equality”. It is high time Nigeria stopped imbibing barbaric Western lifestyles that are antithetical to Nigerian cultural heritage.

Considering the low premium placed on human life in Nigeria, section 33(1) of the 1999 Constitution should be amended to include the following: “Life begins at conception and every person has an inherent right to life at any stage of growth and development, and no one shall be deprived intentionally of his life, save in execution of a sentence of a court in respect of a criminal offence of which he has been found guilty in Nigeria”. In order to enthrone a decentralized and democratized federal structure, we must reduce the powers of the federal government.

In that regard, the exclusive list in our constitution should be shortened to include only national defence, foreign affairs, security, commerce and currency while enlarging the concurrent list to include state police, state educational system, state economy, state taxation, state health system and so forth. The challenges of fiscal federalism should be tackled by making revenue sharing formula to be inversely related to revenue generation. States producing the oil wealth should get the lion share of the revenue. The current sharing formula which allocates 52.68% to the federal government, 26.72% to the states and, 20.60% local government councils should be reviewed. More revenue should be allocated to the oil producing states.

The Fundamental Objectives and Directive Principles of State Policy [Chapter 2 of the 1999 Constitution] should be made, and, manifestly seen to be, justiciable. Plea bargain should be abolished in our criminal justice system. In order to decongest the Federal Court of Appeal and Federal Supreme Court, State Court of Appeal and State Supreme Court should be established for each state to serve as the final courts on many state matters except in some crucial constitutional issues.

To reduce cost of governance, Nigeria should have only a unicameral-federal legislature. Elected members of the legislative arms of all tiers of government should serve on part-time basis without emolument. The posts of political aides and political advisers should be scrapped. Provision should be made for the principle of zoning and power rotation. 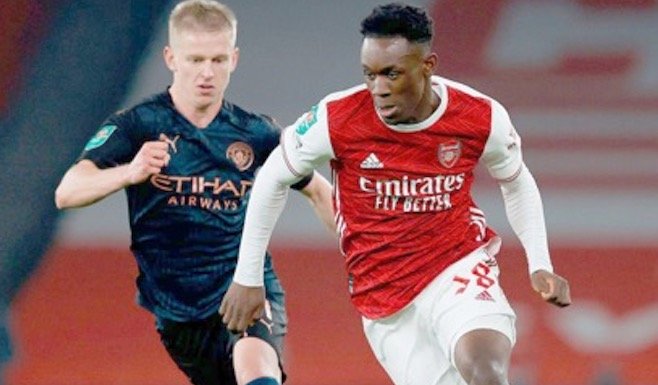