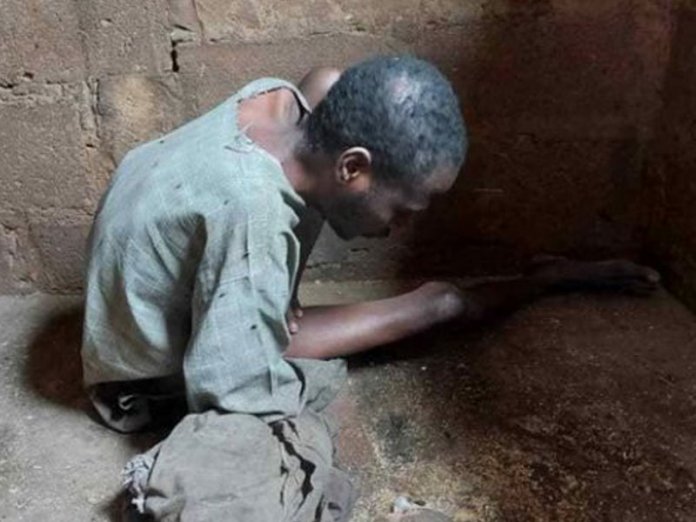 The incident occurred three days after a man caged for seven years by his father and stepmother was rescued.

The latest rescue is that of Ibrahim Lawan, 35, allegedly confined to a room for 15 years.

His father, Mallam Lawan is a Friday Mosque Chief Imam, and the incident occurred at Sheka Unguwar Fulani area of the state.

The victim was rescued by the Police Medical Team and Operatives of Operation Puff Adder.

Abdullahi, a Deputy Superintendent of Police, said the victim, Lawan, had since been taken to hospital for medical attention, as investigation has been launched into the matter.

Last Thursday, a 32-year-old man, Ahmad Aliyu, in Kano, who had been locked in a room by his father and stepmother for over seven years, was rescued by the police.

Aliyu in a resident of Farawa Babban Layi in Mariri quarters of Kumbotso Local Government Area in Kano metropolis.