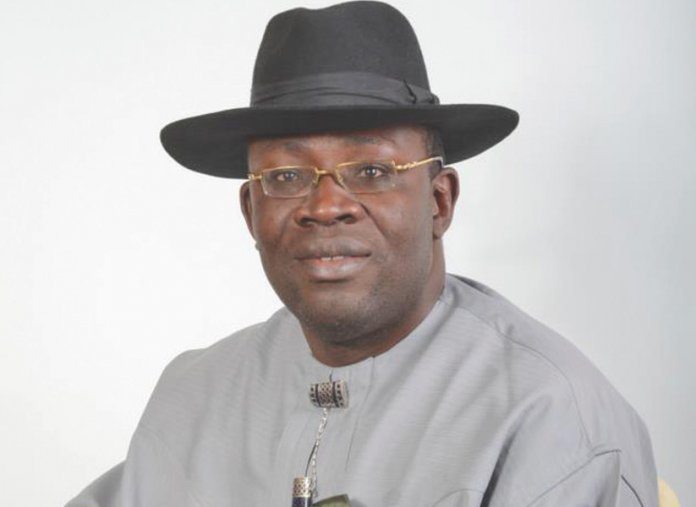 The immediate past Governor of Bayelsa State, Chief Henry Seriake Dickson, has congratulated President Muhammadu Buhari and the Bayelsa State Government on the commissioning of the 17-storey building headquarters of the Nigeria Content Development and Monitoring Board in Yenagoa.

The former governor also congratulated, the Minister of State for Petroleum Resources, Chief Timipre Sylva, under whose tenure the major project was completed and the Executive Secretary of the NCDMB, Dr. Simbi Wabote, for the successful completion of the multi billion Naira structure.

He commended the federal government for the structure which according to him has added to the beauty of the fast growing Yenagoa metropolis in addition to its economic benefits to the society.

The former governor said that the state government under him dualised the Isaac Boro Road which passes through NCDMB headquarters and constructed the Restoration Flyover to decongest traffic in anticipation of the world class developmental projects planned for the area which also plays the host to the beautiful Oxbow Lake.

Chief Dickson said in a statement by his Media Advisor, Mr Fidelis Soriwei, yesterday that the state Government under his leadership collaborated with the NCDMB by donating the land for the 10 MW Power Plant designed to supply uninterrupted power to the building.

The former governor said that the state government gave the land to the NCDMB as part of its contribution to the project.

He said that it was rather heartwarming that the Buhari administration saw to the completion of the beautiful project, the first of its kind in the oil industry in Bayelsa.

He described the Executive Secretary of the NCDMB, Wabote, as a proud son of Bayelsa who should be commended for the feat.

He called on the youth and indeed Bayelsa populace to take advantage of the opportunities offered by the new projects.

He supported the call by Governor Diri on the oil firms to relocate their headquarters to Bayelsa, stressing that the government had created the enabling environment for business growth in the state.

He said, “that now that the state now has a golf course, an airport, good roads, peace and stability, and a befitting office complex, the oil firms have no excuse to stay away from the Bayelsa.”