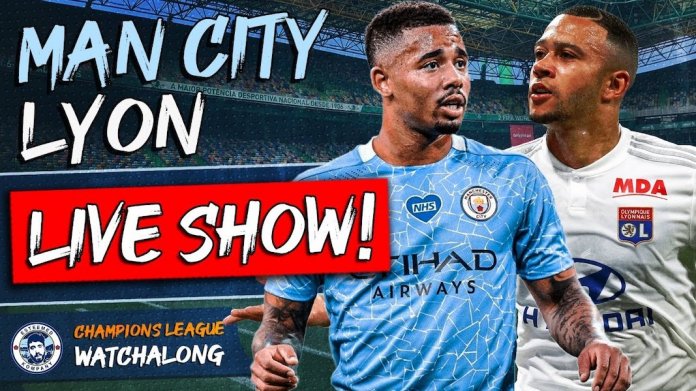 The appetite of football fans will be satisfied this weekend as they have access to a key match in the UEFA Champions League, with the clash between Manchester City and Olympique Lyonnais wrapping up the quarterfinals on the evening of Saturday, 15 August 2020.

GOtv announced yesterday that its subscribers can look forward to a potential thriller kicking off at 8pm on SuperSport Select 2 (channel 32), when City and Lyon meet at Estadio Jose Alvalade in Lisbon and battle for the last place in the semifinals.

The teams met in the group stage of the competition last season and put up two thrilling clashes, with the Ligue 1 side winning 2-1 at the Etihad Stadium, while the return game at the Groupama Stadium ended in a 2-2 draw – both matches notably saw goals from Lyon’s Ivorian attacker Maxwel Cornet.

The French side upset Juventus on away goals. Their tie ended 2-2 on aggregate, with the Italian giants winning 2-1 in the match in Turin last Friday but exiting on the back of Memphis Depay’s controversial penalty for OL.

Lyon are the clear outsiders for the mini tournament in Portugal , but Cameroonian forward Karl Toko Ekambi has warned that they should not be underestimated: “City are a very big club, but we have a chance; I wouldn’t say we’re the underdogs. If we are here, it is because we are among the top eight teams in Europe.”

City, meanwhile, were able to complete an impressive triumph over La Liga champions Real Madrid last week, winning 2-1 at the Etihad Stadium (thanks to goals from Raheem Sterling and Gabriel Jesus) to take their round of 16 tie 4-2 on aggregate.

The Citizens look more than capable of winning the Champions League for the first time in their history, and defender Kyle Walker believes being able to focus solely on this competition at the end of the season favours the English club.

Walker is also hopeful City can win the tournament to give club veteran David Silva, who will be leaving once the campaign is complete, a perfect parting gift: “We missed the Premier League, which would have been a nice send off for him, but hopefully we can repay him with the Champions League.”

No Hike in Gas Prices for Domestic Market, GACN Clarifies