The Nigerian media space has been agog with a cacophony of opinions over the recent exclusive interview by a chieftain of the All Progressive Congress (APC), and President Muhammadu Buhari’s nephew, Mamman Daura, on the British broadcasting Service (BBC) Hausa Service. It is doubtful that the elder statesman, who is hardly heard from, expected the torrents of interests and reactions by Nigerians all over the world to what he might have adjudged as innocuous remarks in the brief interview.

Yet, if the reactions came, as a total surprise to the octogenarian, then not so to many observers who have always seen the man in the eye of storms of sensational accusations and criticisms since his uncle mounted the saddle of leadership of the country in 2015. Tagged the head of a cabal that supposedly runs the Buhari government, Mamman Daura and his family have lived with all manners of obnoxious profiling. The public is almost daily regaled with stories, both fables and real, that literarily dresses the man in the garbs of omnipotence as far as the administration is concerned. It just remains to hear that he had turned a man into a woman. The prevailing impression out there is that Mamman Duara is Mohammadu Buhari and Buhari is Mamman Daura.

It was therefore not surprising that many see the reverberating interview as many see his remarks as reflective of the thoughts of the President and the “cabal” or at least a kite flying. As far as many Nigerians, including many statesmen and socio-cultural groups like Ohanaeze Ndigbo, Afanifere, etc. are concerned, the oracle has spoken. It was like the voices of the people shouting “The voice of a god, and not of a mortal!” in the days of Blatus as Herod Agrippa I, the grandson of Herod the Great, addressed the visiting and conciliatory delegation of Tyre and Sidon. So, to these observers, there is an imminent plot to retain power in the North post Buhari, thereby denying the South their turn at the Nigerian seat of power come 2023.

But in the midst of the rash reactions, it doesn’t appear to me that many people have taken their time to actually seat back to dispassionately think through Mamman Daura’s postulations. If they did, allowing reason to rule over raw emotions, they could have possibly observed, as I did, that Daura, did not in any way oppose or rule out a Nigerian president of Southern, especially South-eastern extraction.

Now, what did he say that has caused the rumpus? His exact words: “Rotation has been done once, twice and three times; it is important that this nation should be united as one. The most qualified, competent should be elected and not someone who comes from a particular zone”.

While conceding to those who hold contrary views, their rights so to do, I do not think the elder statesman has ruled out the South by any stretch of imagination. At eighty years of age, I should think Mamman Daura owes it to the nation the best of his thoughts on how to move the country forward. He is practically talking from experience of the big disappointment that Nigeria has become compared to the promises it held at independence. Thus, beyond where a President comes from, a president’s competence and leadership qualities should even count more, he seemed to say. And I can’t agree more.

As someone from the North, Daura should be in a better position to know. The mistake, which the North and even the people of the South have made over and over again, is to think that their lives would be better with a person of their region or religion at the helms of affairs. Unfortunately, they have learned the hard way that a townsman as President may never make any difference in their socio-economic wellbeing, as a capable hand imbued with the requisite qualities to drive prosperity and progress for the entire nation could have done.

Take the North, for instance, which has ruled Nigeria far more number of years than the South. If power truly works in the true sense of it for those that wielded it, not just for a few close allies and elite circles, the North should have been a land flowing with milk and gold today. The North should have been the most progressive, the most educated, and the most economically buoyant with the state of the art infrastructure. The North should have been enjoying the best infant and maternal mortality rating, the best poverty index rating, the best school enrolment rating, the best performance in Federal Common Entrance, Senior School Certificate Examination, and Unified Tertiary Matriculation Examination. It should be the most secure. In fact, it should have been the best in Human Development index. But as we know, the reverse is the glaring case as the region, with all its years in power, is first from the rear. With due respect, if Nigeria has become the poverty capital of the world as the global rating shows, Northern Nigeria is the hometown of the said poverty and now the bedroom and hotbed of insecurity.

Now, turn the torchlight on the South East, which suffered the brunt and devastation of civil war and has not held power for one day, except General Aguiyi Ironsi’s short and checkered stint. Yet with little or no support at all from the Federal Government, the Igbo, with due respect, are dwarfing the North on all the aforementioned fronts. All they have got are their ingenuity, doggedness, highly competitive and daring spirit.

So, talking about competent people to lead Nigeria, when did the Igbo begin to run short of competent leaders in every sphere of human endeavour? Talking about competition, when did Ndigbo become scared of competition? When did we begin to fret and shake at competitions? Never! Not in this life. On the contrary, Ndigbo have never begged to be pitied or unduly favoured. No! All we have ever yearned for is a competitive environment and a level playing ground. Therein lies the raison d’état for the quest for restructuring. Once the ground is level, trust the Igbo man never to “carry last”. He excels.

This spirit we can also enact in our quest for political power and a Nigerian President of South East extraction. Rather than spend time repudiating Mamman Duara, Igbo political leaders should begin to work harder, organising within, and building political alliances across the nation to make our good case for the Nigerian presidency, which we deserve and need to taste come 2023 in the interest of peace and unity of the nation. If we are waiting until the whole of Nigeria meets and spoon-feeds us with it, then we may have to wait forever, Mamman Duara or no mamman Daura. The reason is simple: Power is never given, but is taken.

By the way, as I alluded to earlier, I think many Nigerians of Southern and South East extraction in particular have reacted to Mamman Daura’s interview from the prism of what they read in the social media. Yet things are not always what they appear on the surface, for ironically, several persons, who are near the corridors of power, avow that if things were to be done just the Mamman Duara way, as many think, Ndigbo could have enjoyed greater inclusiveness in the Buhari administration.

That being the case, I should think in all honesty that the man Mamman Daura could become a strategic partner of Ndigbo. Can we as Ndigbo, look beyond the façade and see an urbane, exposed, and cosmopolitan, and patriotic statesman they needed to successfully push and make a case for the presidency. For emphasis, presidency will never be served on a platter to any section of the country. Not even to Ndigbo.

Ndigbo are not known for many words. Can we then stop talking and start working. 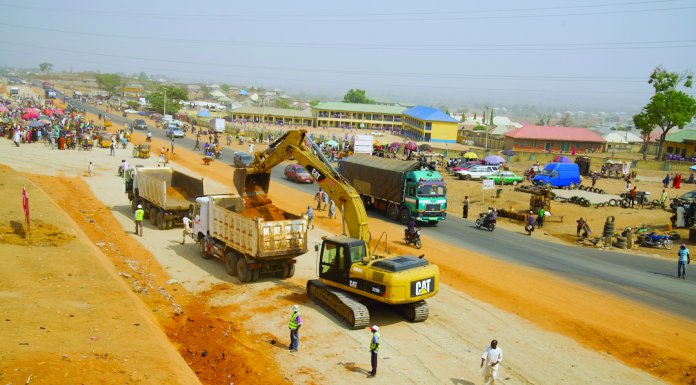