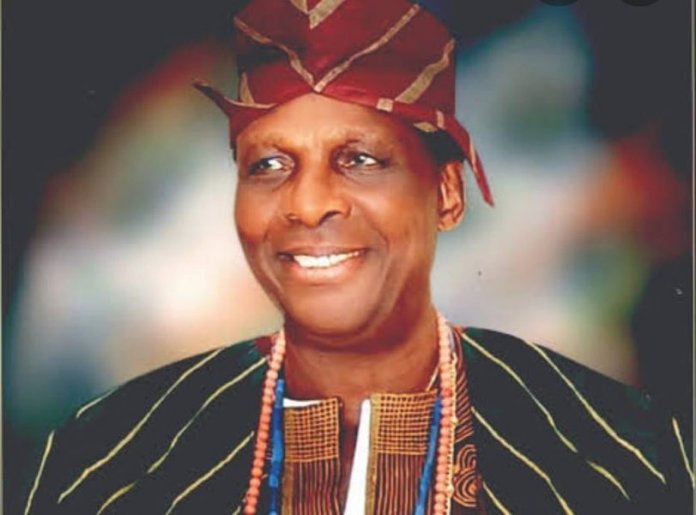 •Makinde: He was a legend, role model for development

At the ceremony, Governor Seyi Makinde of Oyo State described the late industrialist as a legend and role model for development.

Makinde said Akindele would live forever because of his kindheartedness, success stories as an industrialist and for his philanthropic gestures.
Chief Akindele died in Lagos on June 29 at the age of 87 years.

The governor while addressing family members and church leaders at the burial service held in honour of Chief Akindele at the Methodist Cathedral, Agbeni, Ibadan, asked the family to take solace in the fact that he left legacies of kindheartedness and success that will never die.

A statement by the Chief Press Secretary to the governor, Mr. Taiwo Adisa, quoted Makinde as saying that the late Chairman of Modandola Group lived a good life and left indelible marks on the sand of time, adding that the late business mogul followed the Biblical admonition in Psalm 90 verse 12, that we should number our days and incline our hearts unto wisdom.

According to him, “To Baba’s family, I say this, you may not see Baba physically anymore but our loved ones never really leave us. They live forever with us. Each time we hear a voice that sounds like theirs, someone that shares a similar look or act as they do, we are reminded that a part of them always remains with us. But even more than that, we take solace in the fact that someday, very soon, we will all meet again never to part.

“On this occasion, what came to my mind was Psalm 90 verse 12 and I was surprised that when I came in here, it was the same verse that we read: Teach us to number our days that we may apply our heart unto wisdom. So, to number our days in wisdom is to leave a mark in the sand of time. It means to ensure that when we are no more and people are to speak of us, they won’t struggle to find things to say because we have left a legacy for posterity.

“The first time I met Baba physically was in this church and I said to him that I have been looking for an opportunity for us to meet face-to-face. My father did pray that when I grow up, I should be like Chief Bode Akindele, Parakoyi of Ibadanland. This means Baba numbered his days in wisdom.”

Governor Makinde recalled how Chief Akindele had wanted to volunteer his multimillion Naira medical facility to the state government as an isolation centre at the outbreak of the COVID-19 pandemic, saying “Baba was looking for me on how to use his medical facility as an isolation centre for Oyo State. Not only that, but it is also on record that Baba was the largest single donor to Oyo State COVID-19 Endowment Fund. So, he was a legend and will live forever.

“He achieved success as an entrepreneur, industrialist and philanthropist. So, he remains a model for me. After I won the election, those that are familiar with my electioneering campaign will remember I promised that once we come in, I would go to Ikere Gorge Dam and ensure that, within one year in office, Oyo State must go into freshwater stream farming. So, I came in and we started all the work. At that time, Baba invited me to his house at Alomaja and I was with him for about two hours that day. He tore all my ideas into pieces. He told me of the challenges he went through when he was into stream farming. And we have committed a lot of resources of Oyo State into that effort.

“After I left Baba, I went back home and called some of those that are close to me and told them Baba has succeeded in tearing our ideas to pieces and, as a result, we would not go ahead with it. This is because we would not commit Oyo State resources to a project that we cannot see the end from the beginning.

“So, I lost and then we went back to the drawing board. We are doing a lot more research to see if this can still be done in a way that will be beneficial to Oyo State, because I was looking for the opportunity to win the argument with Baba, but Baba answered the call of God. So, I acknowledged that I lost that argument with Baba and there is nothing I can do anymore.

“My joy is full today because I eventually got to meet Baba. I actually wish that my father would be alive when I met him. I would have gone home to say that Daddy, I finally met the papa that you always prayed I should be like. I met him even on that trajectory to fulfilling God’s plan over my life,” he said.

The governor added that the Chief Akindele he knew was kindhearted and accessible, noting that he would be missed by a lot of people to whom he was a role model.

“So, Chief Akindele that I knew was a kindhearted man, easy to talk to and get along with. And when I say this, I know I speak for all. It is not only Mama and his children and grandchildren. He will be sorely missed by all of us. He numbered his days in wisdom and left a pattern for us all. So, the greatest tribute we can pay him is to continue in his footsteps and by making sure that his legacy does not die.

The Prelate of Methodist Church of Nigeria, Dr. SCK Uche, in his sermon, said the late Akindele served God and humanity to the best of his ability, adding that the family he left behind must build on his legacy by ensuring equity, unity and righteousness among the wives and children.

He said people should emulate the late Akindele’s love for God and humanity which made him stand out, describing him as a great philanthropist and businessman who touched many lives positively.

On the situation in the country, he said many governors did not win elections but were declared winners by the judiciary.

According to him, “Electoral victories are given to some undeserving candidates through the court of law. There is one political party here in Nigeria, even when you don’t win an election the party would give you victory through the Supreme Court.

“Many governors are supreme court governors, they didn’t win elections and are not supposed to be there. This is lawlessness and that is why I call some of our courts, court of lawlessness.”