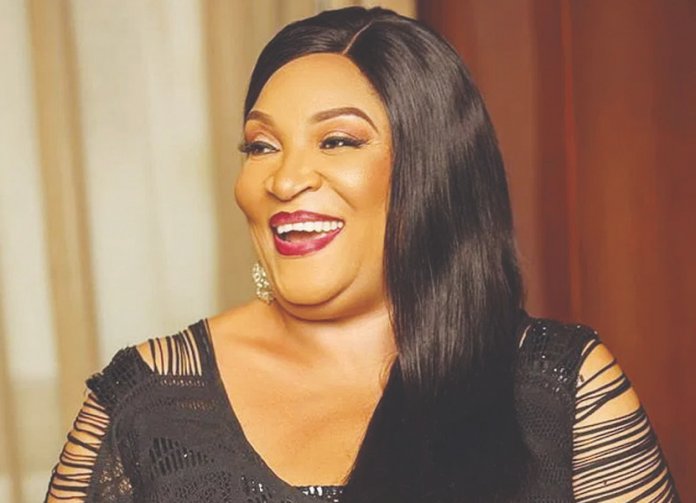 Iconic television and Nollywood star, Ngozi Nwosu has sustained her game for over three decades. Many will always remember her for roles in television series like Ripples and Fuji House of Commotion. Ngozi briefly disappeared from the screen in 2019 due to health challenges. It was a kidney illness that almost took her life. But she was lucky to survive the near-death experience, thanks to scores of Nigerians that mobilised and supported her in the fight against the ailment. Ngozi recently shared the story of her battle with the kidney disease and survival on a television programme. Ferdinand Ekechukwu captures her story of anguish and triumph

Whenever the name Ngozi Nwosu pops up, what comes to mind is the bright, vivacious face of the ever-smiling, funny actress that has brought joy to many viewers. Of note, the legendary Nollywood celebrity has had a pleasant career as an actress for years, assuming different roles. For some of her popular characters, she played “Madam V Boot” in the television series, Ripples. She is also known for playing “Peace” in the popular 90s sitcom, Fuji House of Commotion. Her character was the third wife of Chief Fuji, often shown as his favorite.

She began her career starring in Yoruba movies before making her home-video debut in ‘Living in Bondage’ in 1992. Back in the day, intimate or scenes involving kissing in Nollywood productions were not a common occurrence. But Nwosu kissed her colleague, Kenneth Okonkwo (Andy), in one of the scenes in ‘Living in Bondage’ and it got many people talking. Fast forward to recent times, she appeared as Mama Tiwa in ‘Skinny Girl in Transit’ and in the brilliant, rib-cracking Airtel ads as Mama Amaka.

But that is not all there is to the thespian. Having thrived as an A-list celebrity in a career that spanned over three decades, the vivacious actress has had her fair share of life, going through rough times with her health. For years, she was off the screen following an illness which affected her career. The diagnosis was kidney disease. She eventually got treatment abroad through a state government and some organizations.

The veteran Nollywood actress and entertainment powerhouse was recently a guest of Chude Jideonwo on his show. During the interview, she disclosed how she’s battled the illness, her brush with death last year, and her journey to healing. On this episode, sharing her chilling near death experience was like telling a story people already know about her. But this scenario this time was totally different from a past narrative which also threatened her life and put her acting gig to a halt.

During the interview, she talked about the painful ordeal of battling a kidney disease, and being at the center of a media storm of rumours at the same time. Ngozi also recounted how after shooting for a film in 2019, she lost consciousness and almost passed away. Recounting one of the lowest moments of her battle with illness, Ngozi told Chude, “It was a rap for the day. And I was in my room. Just got up to get water from the fridge and that was it. I fell and I blanked out and when I regained consciousness I thought it was just ‘okay it’s just one of those things. So I told myself to get up and walk, but I couldn’t. There, I was looking at my phone. I couldn’t call for help. The generator was on, so nobody heard me. I asked myself, ‘is this the end of the road?’
The conversation went deeper into how she has chosen to live her life – leaning into vulnerability with her shoulders held high even in her darkest moments. “I cried! I said ‘how will I do it who will I call?

“The generator is on nobody heard me. And then I went back to God. ‘I said God, if truly I serve you, this will not be the end of the road. I said just give me the grace for me to get up. I need to open door for help and I was lying looking at myself helpless. Nobody to help me and so after a while, the strength came from nowhere and I was able to now use my bum to crawl. I crawled. Now it’s to stand up, open the door and shout. I couldn’t. I was just looking at myself. And I’m like God this can’t be the end of the road; no it can’t be.

“I tried, I used the other side to stretch, it was painful and I was able to hold on to the door. I was panting for like 15-30 minutes. Just to hold myself so I can open the door. As I opened the door, I screamed. And help came, I passed out again.”

Ngozi also reveals that nothing prepares one for the kind of scrutiny celebrities are placed under by the public. Touching on the false reporting which had claimed that she was battling leukemia, she said the experience was similar to being “buried alive”.

“The price of being a celebrity is over-high,” she said. “If I didn’t handle it the way I did, it could have killed me.”

Truth about the light screen actress is that she prays fervently and doesn’t believe in ‘Woli’ (prophet) for everything like in her character Mama Tiwalade in ‘Skinny Girl in Transit’. The 56-year-old film star who used to be married said: “I do pray. When I want to talk to my God, I talk to Him, no need to call Woli. I sit in my house, do my prayer, and talk to my God. I go to church and that’s it. When you believe in Woli, it means you don’t even have a life of your own. And it means when anything happens in life, you have to call Woli.”

She cleared the air on the belief by some that her current Airtel deal is her biggest endorsement so far. “No, it is not. I have gotten some endorsement that was even more than Airtel. When I did “Face of Nigerian Centenary” it was more than Airtel. OMO Door to Door campaign was a big project as well. It’s just that Airtel has been the one running for years, not one-off like the other ones. Airtel has been consistent but I have done bigger jobs apart from Airtel.” Ngozi Nwosu is fluent in Igbo, Yoruba and English languages.