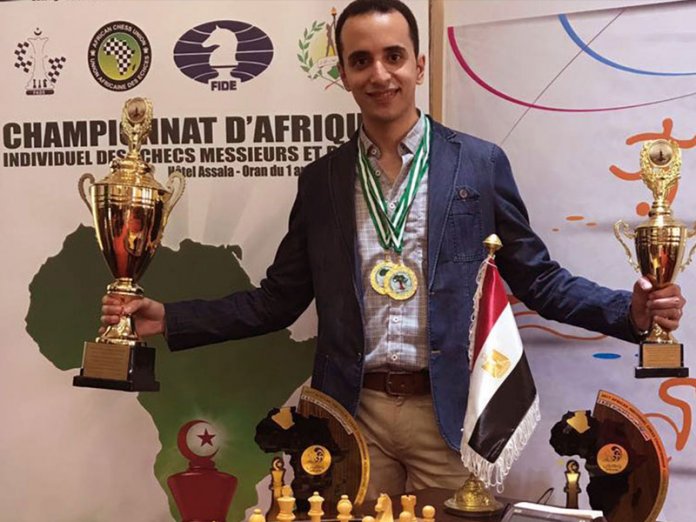 Leading energy conglomerate, Sahara Group in partnership with Chess Grandmaster, Dr. Bassem Amin, is set to unlock the “Pursue your Passion” gambit among youths in Africa through a Chess Masterclass session via Zoom on Friday July 24 at 5p.m.

The session, which is to mark the International Chess Day this year celebrated every July 20 with the theme, ‘Chess for Recovering Better’, will provide a platform for Amin to share insights on recent global trends in chess moves and how his passion for chess drove his desire to keep his dreams alive amid challenges and disruptions.

As an Egyptian chess player and medical doctor, Amin was awarded the title Grandmaster by the International Chess Federation (FIDE in 2006). Amin is the highest rated player of Egypt and Africa.

Head, Corporate Communications at Sahara Group, Bethel Obioma, said: “Hopefully, the session with Dr. Amin and his chess story will rekindle the waning flame of pursuit and inspire African youths to take their interest in chess to greater heights.”

“It is an established fact that pursuit is usually the proof of desire. Taking that step of pursuit is often where most young people run into hitches,” he added.

Expressing optimistic at the partnership with GM Amin, Obioma said Sahara Group remains committed to connecting people with opportunities through the extra-preneurship platform driven by Sahara Foundation. “What we have here is a collaboration between a foremost energy conglomerate in Africa and the continent’s most decorated chess player to give African youths another reason to believe, innovate and deliver a resounding checkmate on all odds against their passion”.

Speaking also, Amin described chess as life. “I do believe this. You must have goals and dreams and work hard to achieve them”.

He continued that playing chess helped him realise this and enabled him achieve his goals both over the board and in his life. “ look forward to inspiring young people with my story through this collaboration with Sahara Group”.

As part of the celebration, Sahara Group also plans to launch a #checkmatecovid19challenge to raise more awareness about the pandemic.

The challenge will involve chess players sending in pictures of interesting checkmate positions via Instagram with the caption: “#checkmatecovid19 with clean hands, facemasks and social distancing”.

Details of the competition will be on Sahara Group’s Instagram handles, @iamsaharagroup and @saharapcsr

In February, Sahara Group organised a #CleanLoveFeb Chess Competition as part of the energy conglomerate’s campaign against substance abuse, especially among young people. It is a platform to inspire young people to look to sports, books and educative web portals for recreation and academic excellence.

The International Chess Day is celebrated annually on July 20, the day the International Chess Federation (FIDE) was founded, in 1924. Last December 12, the UN General Assembly unanimously approved a resolution recognising the day, paving the way for more global impact for one of the world’s most ancient, intellectual, and cultural games.

Chess also offers important opportunities in the implementation of the 2030 Agenda for sustainable development and the SDG. “Over 605 million people who play the game regularly across the globe will be rooting for the values of fairness, inclusion and mutual respect, which chess promotes,” Obioma added.