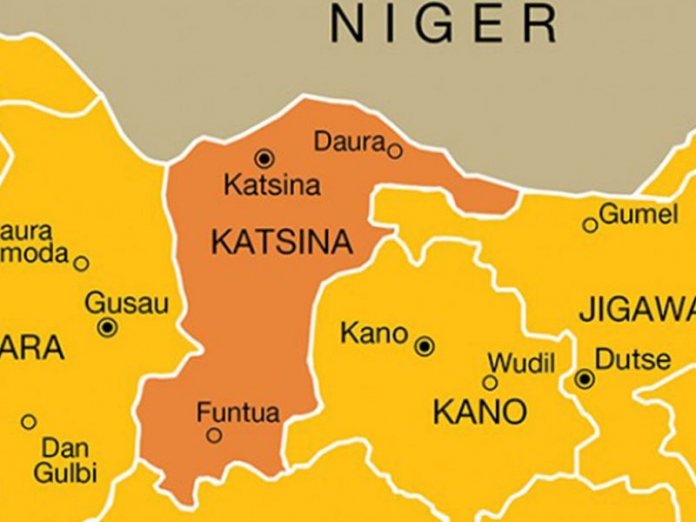 Besides, the State Police Command disclosed the arrest of a notorious bandit, Amadu Yusuf while it rescued 14 kidnapped victims in Kwantawama, a village in Dutsin-ma Local Government Area.

Although a pastor, Sunday Fagbejo was shot in the stomach, the Kogi State Police Command claimed that it foiled a kidnapping attempt along Lokoja -Kabba highway, reputed for criminal activities, especially kidnapping.

In a statement by its spokesman, Mr. Gambo Isah yesterday, the Katsina Police Command confirmed the explosion, which it claimed, only killed five children.

Isah, a Superintendent of Police, said: “Today (Saturday) being 18/07/2020 at about 11:30hrs, DPO Malumfashi reported that a loud sound was heard inside the farm of one Alhaji Hussaini Mai Kwai.

“On receipt of the information, the DPO led Operation Puff Adder to the scene where there was a suspected case of bomb explosion which killed five young children of one person, by name Alhaji Adamu of Yammawa village, Malumfashi LGA of Katsina state.

“The explosion also injured six (6) other children who were sitting under the tree inside the farm. The children were said to be there to cut grasses for animals’ feed.

“The injured children have been evacuated to Malumfashi General Hospital for treatment. Scene has been preserved while detectives from EOD and CID are presently conducting their investigations. Investigation is ongoing.”

However, the police spokesman said preliminary investigation revealed that the children picked a military Grenade and were fiddling with it and as a result of which it exploded.

While the state authorities await the report of police investigation, multiple sources in the village told THISDAY that the victims were in the farm of one Huseini Maikwai in search of grasses for their domestic animals when the device detonated.

The explosive device, according to the sources, was planted in the farm by hoodlums, exploded when one of the children hit it with cutlass.

A former councillor of Yammama ward, Isiyaka Abubakar, confirmed the incident in a telephone conversation, saying all the casualties were from the same family.

He explained that the incident, which occurred in the early hours of Saturday, left four other children with varying degrees of injuries.

He said: “11 children of Iliya Mati went to the poultry farm of one Alhaji Huseini Maikwai in search of grasses for their father’s donkeys, cattle and sheep when the device exploded and killed seven of them on the spot.

“The explosive device also injured four other children who were among the 11 that went to the farm. They are seriously injured and are currently receiving treatment at Malumfashi General Hospital,” Abubakar said.

On the arrest of the notorious bandit, the police disclosed that it rescued 14 kidnapped victims in Kwantawama village of Dutsin-ma Local Government Area of the state.

A statement by its spokesman said the operatives of Operation Puff Adder rescued the victims after a gun duel with the bandits, numbering about 40 in Rugu forest.

Isah said the police received a distress call at about 01:00hrs that bandits with AK47 rifles attacked the village and kidnapped 14 women, including children and rustled an unspecified number of cattle and sheep.

He said the Operation Puff Adder team, led by Divisional Police Officer in charge of Dutsin-ma, CSP Muhammad Makama, swiftly moved to the area and resued the victims, recovered 30 cattle and 60 sheep.

“The team chased after the hoodlums into the fringes of Rugu forest and engaged them in a gun duel.

“The team succeeded and dislodged the bandits, rescued all the kidnapped fourteen women, thirty (30) cows, sixty (60) sheep and arrested one of the bandits later identified as Amadu Yusuf, M, aged 30 years of Tudu village, Dutsinma LGA of Katsina state. Investigation is ongoing.”

In Kogi too, the police foiled a kidnapping attempt along Lokoja -Kabba Highway on Saturday as hoodlum shot a pastor in the stomach

The command’s spokesman, Mr. William Aya in a statement, yesterday, said that the patrol team from 70PMF saved the occupants of a Nissan Car from being kidnapped.

He explained that armed hoodlums forced the Nissan Sunny Taxi car to stop. But the driver, Sani Samaila tried to manoeuvre and reverse when the gunmen opened fire on the cab.

Aya noted one of the passengers, a pastor, Sunday Fagbejo of Lokoja was shot in his stomach, adding that the police patrol team from PMF 70 Squadron Kabba heard the gunshots and immediately raced to the scene.

But the hoodlums fled into the bush on sighting the police while the injured victim was rushed to the Specialist Hospital, Lokoja for treatment.

Meanwhile, the Commissioner of Police, Kogi State, Mr. Ayauba Ekprji said he deployed patrol teams and ordered an intensive patrol along the road to curtail further attacks on motorists.

The commissioner, therefore, called on the people of the state to collaborate with police and security agencies in the state through information sharing on any suspicious object or movement within their neighbourhood.