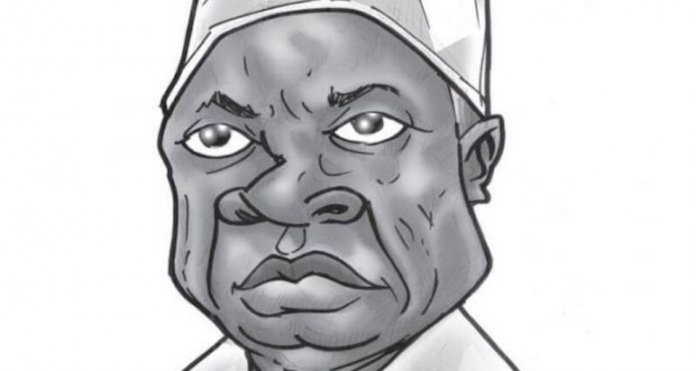 Anthony Kila recalls the life and times of one of the most charismatic and richest Africans, Chief Moshood Abiola, particularly how his intervention changed the direction of politics in Nigeria profoundly

This week marks the 22nd anniversary of the passing away of MKO Abiola. We must stop to reflect on the man.

The late MKO Abiola is by all standards an unforgettable person and personality. In his Nigeria, he ultimately became unforgettable as a billionaire that won what is regarded the fairest and freest election of a complex and chaotic State struggling and perhaps ultimately incapable of becoming a nation. Abiola is now linked to June 12, a date that refuses to go in spite of all past attempts to demystify and devalue its importance.

June 12 is a Nigerian story that Africa and the rest of the world can learn from. MKO Abiola is a story about humanity. In remembering him this week, we cannot but notice that in one man and in one life lies a full life with all the complexities and contradiction of humanity.

Just like in a book on humanity, the life of Abiola is made up chapters about most fragments of humanity. From cradle to grave, the man’s life had outstanding episodes about humanity and each episode is presented in contradictory terms.

As if to teach all a lesson about how nothing is absolutely certain and how everything is possible in life, MKO Abiola left the world as President that did not preside, a known winner that was not declared thus after convincingly winning right in front of the whole world. To become such winner, he ticked all the proverbial boxes, dinned and wined with all the right people and made friends in high and low places and his web of connection covered every corner of his country but alas his friendship and connection was not enough to give him his ultimate desire, rather he got death.

In life, Abiola was also popular for his wit.

Associates, adversaries and the general public remember MKO for his witty now memorable quotes such as “You cannot shave the head in the absence of the owner” or his “If you want something from a dwarf, stoop low to his level. It does not reduce your own height. Whenever you rise up, you will be taller than him”. A philosopher you would think, maybe, but certainly not by training. The man was a trained to count, he studied Accountancy that is not even the icing on the cake: The man was a stutterer! Think about it, even God had to give the great Moses a Aaron for speaking and by so making Aaron perhaps the forefather of spokespersons.

In his life MKO was a man of the establishment, a dealer and inside man. He was one of the favorite targets of the legendary Fela Kuti who openly helped popularized the idea that MKO was a CIA agent and collaborator of imperialist power. Yet the man is known to most American activists and Africanists as a leader and major financier of the Reparation Movement. He was the billionaire that stood on a Social Democratic Platform where he showed deep understanding of the yearning of the poor and cogent solutions to their problem. What a mix.

The London based editor of Inside Nigeria sent me a clip of MKO singing at a party he hosted in Ikeja, Lagos. Yes, MKO was a party man and a healthy hedonist that was the soul of any party he attended and yet when it came to professional affairs MKO’s contributions were deep, detailed, innovative and his arguments convincing. A lady’s man who got away with getting more and more of the most of gentle sex. The inclusive fertile generous lover spread his care and conquer to everyone religion across the globe and he was known as such, and yet till date there are no known stories of women that totally rejected him. His many children were offered the best education money could buy or at least went to the best schools Let us face it, few men can manage such feat. I will not stop here to probe if you are envious or curious.

It is difficult to talk about MKO without talking about money, he had a lot of it and he spent in a way few can do. He effortlessly gave to churches and mosques and he was at home with traditional leaders and priests. To date, it is difficult to think of anyone that has amassed so much chieftaincy tittles like Abiola did, it does not get more royal than that and yet MKO Abiola was not born into royalty or wealth. In fact, he was not only born poor, but typical of MKO, he was exceptional poor. Like in a fable he truly came from rags to riches. The wood seller that became bank owner and telecoms mogul, publisher, shipping magnet and so and so forth.

The lofty heights he attained in life look even higher when we remember that he was not even given much chance when he came to the world on Tuesday 24th August 1937: Seven days after he was born, some of the name they gave him was Kashimawo, translatable as “let’s wait and see’

As a fellow Abiku, let me say for MKO we have seen and we continue to see.

Professor Kila can be reached at @anthonykila