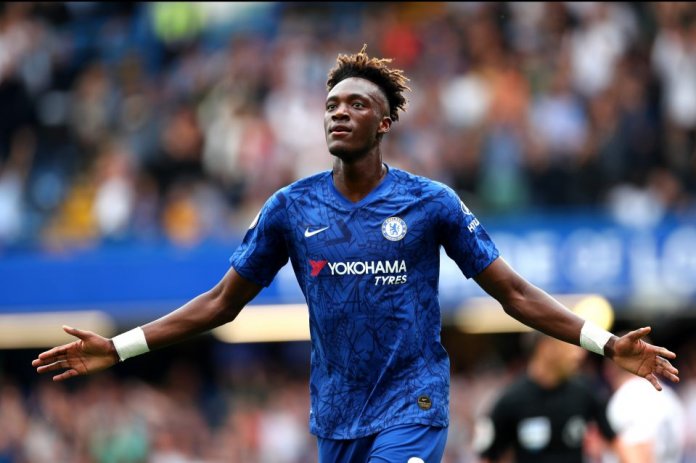 Nigerian-born British footballer, Tammy Abraham, is reported to be asking Chelsea for a new contract worth £130,000-a-week to match that of his fellow academy graduate, Callum Hudson-Odoi.

Abraham, 22, who has scored 15 goals during a breakthrough season at Stamford Bridge, has two years remaining on his current £50,000-a-week deal.

According to UK’s The Times, Abraham has been waiting for Chelsea’s moves in the summer transfer market before deciding his future.

But if he is to remain at the club, Abraham has reportedly been using Hudson-Odoi’s £120,000-a-week plus bonuses contract as a yardstick for his own salary.

New signing Timo Werner, the Germany international striker, agreed a five-year contract worth £170,000-a-week ahead of next season.

Academy graduate Abraham enjoyed a fine start to the season but suffered a couple of minor injury setbacks before football shut down in March and the goals have dried up.

His last Chelsea goal came against Burnley on January 11 and Abraham was dropped by manager Frank Lampard for Saturday’s 3-0 win over Watford.

Lampard isn’t yet concerned about Abraham’s contract situation, saying: ‘Tammy’s contract is not at a critical level and I will leave it to him and the club to discuss.

“He has had a really good season. He needs to focus on giving us the Tammy we had earlier in the season when he was scoring regularly.

“You could see it in his demeanour through the week, that is what he needs to sustain all the time,” stressed Lampard.

Abraham will face strong competition for this place from £47.5million signing Werner next season.