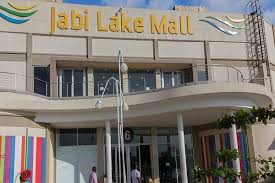 Residents of the FCT woke up on Sunday, 14th of June to the vexing and irritating news of a concert that took place at the Jabi Lake Mall the previous evening, in which all the established COVID-19 prevention protocols were brazenly violated by the attendees of the event.

Even more annoying is the fact that the artiste headlining that concert was not Abuja based but a controversial character who travelled from Lagos, to Abuja despite the ban on interstate travel across the country.
The penalties being paid for that singular act of misbehavior by all the actors involved had been quite high, except of course for the main culprit who it seems possesses nine lives and has not even received (as at yet) a slap on the wrist.

The mall was shut by the order of the court for two weeks (it has now been re-opened), the airline that ferried the group to Abuja has been suspended indefinitely with the owner suffering the indignity of apologizing twice to the aviation authorities.

Public anger was directed at everyone remotely or closely connected with the case and for a while, the FCTA, the Ministry of Aviation and the security agencies both in Lagos and Abuja became the butt of jokes.
While reacting to the issue, the FCT Minister was clearly upset with the people who attended that concert in the FCT despite all the efforts made by the government to sensitise them and explain in so many ways, the dangers posed by the Coronavirus to their health and the health of their loved ones.

And the man is quite right. That concert was held in one of the most elitist locations in town designed for those who can afford the many luxury goods and services it showcases. The concert was also targeted at the crème de la crème of the society. To attend, you must own a car (it was a drive-in concert) and you must be able to afford the N20,000 -N250,000 ticket cost.

Now, this is where things get interesting. The attendees of that concert certainly had access to all the information about COVID-19 and the devastation it has wreaked on several countries across the world (after all, anyone who can book for, and purchase a concert ticket online should also have access to the various social media platforms where COVID-19 matters have held sway for the better part of five months now).

Yet, these people chose to ignore all the warnings and decided to risk it all to attend the concert. The FCT Minister, while reminding residents that they should be responsible for their health and those of their loved ones, wondered painfully aloud and quite perplexed like so many right thinking Nigerians, if that concert was worth the lives of the attendees.

The answer, really, is a resounding NO. Like Malam Bello said, no life is worth risking for the thrills of a few hours at an illegal concert. It is really perplexing for many people and really quite frustrating (I can imagine) for the health workers and those on the frontline in the battle against COVID -19 how people can so willingly ignore the numerous warnings.

The guidelines for everyone are simple enough. Wear face masks while in public, wash your hands regularly with soap and water and unless absolutely necessary, stay at home. For those who still think the COVID -19 pandemic is an “audio virus” or a “scandemic”, please, visit any media site and verify the figures. Almost nine million infected worldwide and almost 500,000 deaths!

And these figures will keep rising if we keep on the way we are carrying on. It should also be remembered that the higher the numbers of infected persons, the higher the number of fatalities.
What is really baffling is why the leaders at the third tier of government in the FCT are acting as if the entire COVID fight is none of their business leaving, it seems, all the heavy lifting to the FCT Administration alone.

The FCT Minister had to call a meeting of the Area Council Chairmen and traditional rulers to clearly spell out their responsibilities in this fight and even brought in the big guns from the NCDC and the PTF for good measure. Dr Sani Aliyu, National Coordinator of the Presidential Task Force on COVID 19 and the NCDC Director General Dr Chikwe Ihekwezu both echoed the position of the FCT Minister that the roles of the traditional institutions and the political leaders at the grassroot level are invaluable. Compliance at the grassroot is the only way to stop community transmission which has clearly gone out of hand and sensitization of the local populace needs to be stepped up tremendously the experts reiterated.

Area Council Chairmen, councilors and ward leaders will do well to use their political structures which they deploy effectively during campaigns to spread the message about COVID-19.
The message should be, like Malam Bello has often reiterated, that everyone should take personal responsibility for their health. It is not enough for one to obey all the protocols and watch as a careless and thoughtless neighbor or fellow shopper in the market or shop puts one’s life at risk by not wearing a face mask.

You owe it to yourself to call that person to order. It is in that same vein that very little sympathy should go to the other shop owners at the Jabi Lake Mall whose businesses have been negatively impacted by the closure of the mall.
None of them can feign ignorance that the concert was going to take place on their premises. They ought to have taken responsibility for their own lives and businesses and alerted the authorities as to what was about to take place. By keeping quiet, it simply implies that they somehow sanctioned it, perhaps because of the anticipated increase in sales that the concert might generate for them.

Hopefully, the Jabi Lake Mall incident will be a lesson to everyone concerned. But just like the Minister of the FCT has said, no life is worth risking for a concert or a few hours of excitement and musical thrill.
Ogunsakin wrote from Gwagwalada, FCT