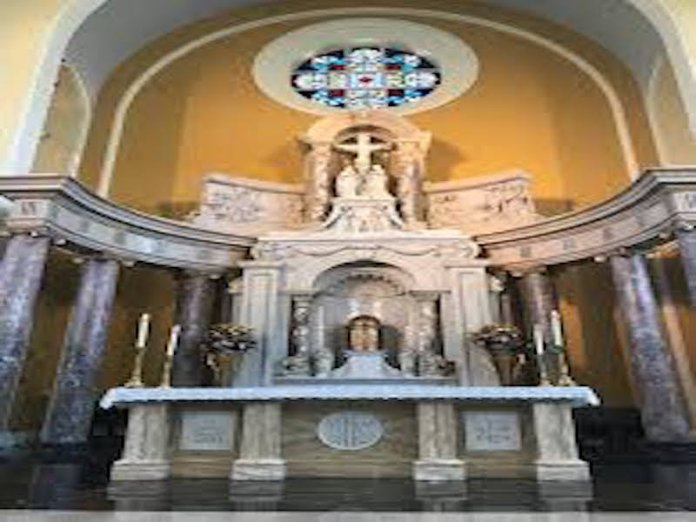 Humanity hardly prepared for the disruptions it is presently experiencing. How could it ever be imagined that the day would arrive when for days and months, birds would be having the skies all to themselves, free from intruding noisy airplanes? That the air would be a little cleaner – a respite from pollution from tons of hazardous chemicals coughed into the air by millions of factories worldwide. Simply unimaginable that Homo sapiens in every continent would be prisoners in their homes, leaving all nature to themselves? How could man’s technological prowess so pale into insignificance in the face of the tyranny of an unseen microbe? It sounds fairy tale, but the reality is that man has had to watch helplessly, the death of thousands of men, women and children – all snuffed out by this evil virus.

The church hasn’t been spared too. History was made Easter 2020 when Pope Francis faced a practically empty St. Peter’s Basilica. The surreal choice was reaching the world’s 1.3 billion Catholic faithfuls via live stream. Earlier on, the Pope began the liturgy of the Lord’s Passion lying prostrate on a rug on the floor of the Basilica. Was he as well requesting the Lord’s intervention in stemming Covid – 19, the harmful mutant of Corona viruses?

The Church of England took its turn in the shellacking humbling by Covid -19. Leader of the church, Arch Bishop of Canterbury, Rev Justin Welby, was compelled to opt for a national digital broadcast Easter 2020. His homily was delivered from the “comfort” of his kitchen at Lambeth Palace! Usually, the service would have been attended by about 1500 worshippers. In the sermon recorded on his iPad he addressed the grim reality set to confront humanity post Covid -19: “We cannot be content to go back to what was before as if all is normal”. The advised path he suggested is – ” a resurrection of our common life.”

Could Covid 19 have escaped being foreseen by French seer, physician and astrologer Michel de Nostredame (1503 –1566) known in Latin as Nostradamus? The same man claimed to possess strange prowess in seeing “tomorrow’s events”? The same seer who it is claimed to have through esoteric feats predicted the French Revolution, the rise of Napoleon Bonaparte and Adolf Hitler, the atomic bombings of Hiroshima and Nagasaki, and the September 11 attacks? Could he have been so blind that he couldn’t foresee Covid -19? Recall that the plague of his day claimed his first wife and two children in 1534? Could he have perished thoughts about the possibility of future re- occurrence of plagues?

Pandemics are not new to humanity. When they happen, they scare man stiff, mock and belittle. They hardly respecting status, they kill and threaten human existence through widespread mortalities!

The Plague also known as the Pestilence or Black Death killed an estimated 75 – 200 million people in the 14th century. Another pandemic, the 1918 influenza was suspected to have been caused by an H1N1 virus with genes of avian origin. It was most severe. It spread worldwide between 1918 and 1919. About 500 million or a third of the then world population got infected with the virus. It claimed an estimate 50 million lives. Others pandemics that have ravaged man include tuberculosis, the now extinct Smallpox, HIV/AIDS and now Covid – 19.

Against optimism that Covid -19 would be confined to Wuhan, China where it was first discovered, it grew on to become pandemic spreading across continents affecting a substantial number of people. As at Tuesday, June 9, 2020, according to figures published by Johns Hopkins University, 7,085,894 cases had been detected worldwide, with 405,168 deaths and 3,180,479 people recovering. Nigeria had recorded: 12,486 cases and 354 deaths. Comparatively, South Africa had recorded 50,879 cases and 1,080 deaths, Ghana: 9,910 cases and 48 deaths.

This article attempts within the limit of space, to take a look at some of the challenges churches have had to face in carrying on the duties of the kingdom while the plague rages. Hopefully, its termination would arrive early to the relief of humanity as the church prays asking God to rescue a humbled mankind.

The request by various governments that religious organizations close places of worship over the Covid -19 challenge came as a surprise. For churches, it was unthinkable and unheard of. Naturally then, there were pockets of resistance. However, churches largely complied, ostensibly in consonance with the scriptural request by the sage Apostle Paul in his letter to the Romans – “Let every soul be subject unto the higher powers. For there is no power but of God: the powers that be are ordained of God” – Romans 13: 1. He also counseled his spiritual protégé, St Timothy, the first Bishop of Ephesus that governments need be prayed for: “I exhort therefore, that, first of all, supplications, prayers, intercessions, and giving of thanks, be made for all men; For kings, and for all that are in authority; that we may lead a quiet and peaceable life in all godliness and honesty. For this is good and acceptable in the sight of God our Saviour”- 1 Timothy 2:1-3 KJV

So how did the church come to terms with an appreciation of an enemy that so mortally threatens human existence? First, members had to be enlightened with explanations that government had no axe to grind with churches. Government actually needed support from available spheres in order to adequately communicate the deleterious nature of the ugly Sherriff in town – Covid-19.

Churches enlightened members and complied with directives on limiting worship attendance till it became total lockdown. To achieve these, several communication tools were deployed to pass the message across. Churches educated members about the now popularized safety measures as hand washing, wearing hand gloves, face masks, avoiding social gathering etc. This is expected. Which Pastor wouldn’t be troubled when the flock is being harassed?

It was relatively easy in Nigeria as places of religious worship like other public organisations were already accustomed to protective initiatives like checking temperatures, hand washing and the use of sanitizers learnt during the Ebola crisis.

Of interest is the fact that churches deployed various strategies to keep the message of the cross alive. Lockdown of church premises did not imply eclipse of the church which cannot be confined to the four walls of buildings. Churches strategized meeting in smaller units at household and Home cell levels. In doing that, there was care to stay within limits of the number of people allowed to congregate in places of religious by government.

Across ages, the church has learnt to carry on despite challenges to its existence even in the face of daunting challenges like persecution. The same Apostle Paul before conversion was entrenched in persecution of the early church:

“As for Saul, he made havoc of the church, entering into every house, and haling men and women committed them to prison” – Acts 8: 3. He was an accomplice of those who murdered Saint Stephen one of the seven Deacons, the first Christian matyr.

No doubt, the church found uncomforting, the precautionary request to jettison long held traditions of physical meetings to stave off Covid – 19. Meetings for prayer, studying scriptures, listening to sermons, holding preparatory meetings as choir practice and myriad other activities that have the church life worthwhile had to be suspended.

Churches had no choice but to come to terms with what is now popularly described as the “new normal”! It is of interest that the church has learnt far beyond bits in operating despite the momentary inconvenience. It evolved brilliant strategies and exploited opportunities to reach members.

This is the information era and elements within the cyberspace have become handy. Virtual preaching, teaching and meetings via virtual media have increased. With them, leaders not only reach their immediate members but as well, far flung publics. Fortes are being expanded in reaching especially, the technology saavy generation. Social media tools as Face Book, Messenger, Instagram, WhatsApp, U tube, Zoom, Free Conference calls etc as well as telephony have all been most useful in carrying out church duties. All have greatly helped the Church do the needful – sustaining the message of hope and courage in the face of the pandemic.

Most churches have also found opportunity in the lockdown to reach its members with palliatives, depending of course on available resources. If not giving in cash, they did in kind and requested hope amidst daunting odds.

In closing, the submission of Fr. Raniero Cantalamessa, an Italian Catholic priest in the Order of Friars Minor Capuchin, Preacher to the Papal Household since 1980, under Pope John Paul II, Pope Benedict XVI and Pope Francis on Good Friday, 2020 aptly described the humbling of mankind by Covid-19. His words: “The pandemic of the Corona virus has abruptly roused us from the greatest danger individuals and humanity have always been susceptible to: the delusion of omnipotence”. He described the times as difficult and advised that at these periods, the way to go is to “cry out to God.” So true. Hear the cry of humanity, dear Lord!

Egbe, an agriculturist and media practitioner, lives in Lagos, Nigeria. He can be reached via email: niyiegbe@yahoo.com