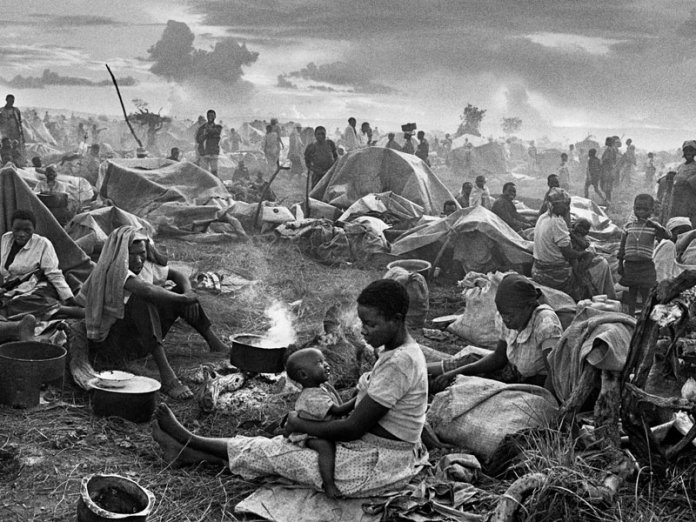 Chido Nwangwu, Founder and Publisher of USAfrica highlights the lessons from the horrendous genocide in Rwanda over two decades ago

This week, 26 years ago, will remain another collective memorial of the 1994 Rwanda genocide by the same country’s Hutu zealots who viciously set upon Rwanda’s 1 million Tutsis for the most brutal decimation of an ethnic group within 100 hours.
Do African lives matter, enough?

On Wednesday April 7, 2004, Rwandan President Paul Kagame underlined his country’s catastrophe by telling the world “Rwanda should be a good example to learn a lesson.”

The first, key lesson of the Rwanda Hutu-imposed genocide is that we have all seen the face of evil; sometimes, they reside among us. The Rwanda genocide was the zone where next door neighbors and teenagers used knives and machettes and dane guns and assault rifles to kill those they played soccer with and fetched water from the same stream only a few hours earlier. Hutus set Tutsi houses on fire to destroy the lives of those who sang and played at the churches and village squares.

The slaughter of women and children and all moving objects with any and all available weapons marked a new low in the depravity of malice and prejudice. The Rwandans have been for decades almost 92% Christians (57% Catholic). There are almost 14 million Rwandans. Demographically, the Hutus (Bantu) form 84% of the population while the endangered Tutsis (Hamitic) constitute only 13%. There are the Twas (Pygmy) who form 1.4%

A third lesson of the domestic slaughter in 1994 in Rwanda is the highlight of the wider bloody history of annual violent bigotry inside Africa by Africans, what I call Africans-on- Africans- violence. They remind me of an interview the Voice of America (VOA) international service on September 11, 2002 where I said that: “The armies of bigotry, and murderous hatefulness have left a very severe and deadly impact on Africa.” Those armies, to be sure, are both external and local.

Which leads to the second lesson; coming as two questions: when will the blame everything on the “white man-white person” and “colonialists and colonialism” end?
When will millions of Africans think beyond the instinct to hold external factors entirely responsible for the continent’s problems?

I must note, frankly, that for all the divide and conquer and arbitrary mapping and lumping of dissimilar ethnic nationalities into awkward countries, for all the despoliation and degradation and exploitation of our African continent, “White people” did not compel the Hutus to express such primitive, medieval hateful, mechanized malice against their compatriots, the Tutsis.

Third, reflecting on the crises of 1994, Gen. Romeo Dallaire, the UN Commander whose call for reinforcements was ignored said recently: “The international community didn’t give one damn for Rwandans because Rwanda was a country of no strategic importance.” Bill Clinton was the President of the United States at the time.

The fourth lesson of the Rwanda genocide is the fact it, again, revealed the nakedness of one of the dirty secrets of African leaderships over the past 60 years: the weak-kneed clause of “non-interference” into the “sovereign” issues in other “member states” of the defunct organization of African Unity (OAU), now the African Union. They strive to protect their priviledged ponds of opulence and umbrellas of dictatorship and autocracy.

It is important to note that long before 1994 Rwanda, it is to the eternal credit of the late, great sage and President of Tanzania, Dr. Julius Nyerere that he tore the veil off the tawdry non-interference/ sovereignty in the face of human catastrophe when he interfered progressively against Nigeria’s starvation policies against then Biafrans (Igbos, Ibibios, Annangs, Efiks, and 13 million other South eastern Nigerians during their 1967-1970 war for survival and independence from the rest of Nigeria).
After Biafra, Nyerere stood up against the dictator Idi Amin of Uganda in 1979, forcing Amin’s regime to fall.

The fifth lesson derives from another question: long before and 15 years after the bloody genocide in Rwanda, millions of people still wonder when the looters and dealers masquerading as African leaders will be responsive and sensitive to providing the basic, fundamental justification for the creation of these countries/nations/ states?
Why are Africans and other parts of the world held in some of these corrupt cages, sorry countries, by very corrupt leaders?
Who would have believed that for all his sanctimonious animations, holier-than- thou dramatics and posturing as Nigeria’s morality high-priest, retired Gen. Olusegun Obasanjo, the country’s two-time president may have soiled his hands in the Halliburton indecent monetary transaction?

The sixth lesson demands that the problems are not 100% local. Political economy fact is that the Western world and colonialist Europe, especially, have some responsibility for sowing the festering seeds to some of these problems by cobbling ethnic nations arbitrarily. Some of the countries have been hampered through neocolonialist financial structures and wealth transfers, predatory actions which fuel their collapse as another of bankrupt African economies and geo-politically failed states.

The seventh lesson is that humankind overcomes evil, over time. Today, Rwandans are healing and rebuilding their infrastructure but the question remains. When will Africans, their leaders and all of the world’s leaders aggressively defend the lives of all people as a stand for the common thread of our shared humanity?