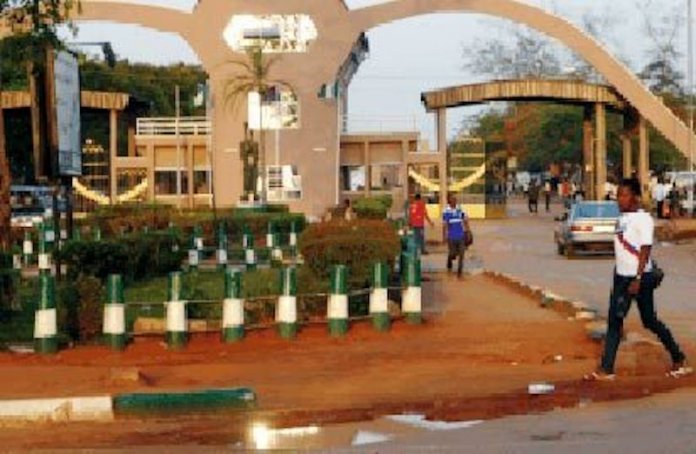 The rape and murder of Miss Vera Omozuwa, a 22-year-old 100-level Microbiology student of the University of Benin (UNIBEN) in a church has fuelled national outrage.

Omozuwa died yesterday after doctors battled for three days to save her after she was gang-raped by four unknown men and beaten to a pulp with a fire extinguisher.

The case, which was reported at the Oregbeni Police Station, Benin, has elicited outrage with JusticeforUWA trending on all social media platforms throughout yesterday.

The undergraduate was said to have gone to her church, Redeemed Christian Church of God (RCCG), Edo Province 10, Ikpoba Hill, Benin, to read when the culprits raped and killed her.

She was found hours later by the church’s security guard, who had earlier visited the key-keeper to get the church keys but was told Omozuwa was with it.

On getting to the church, he saw the undergraduate in a bad shape in a pool of her blood and quickly raised the alarm.

Although she was rushed to the University of Benin Teaching Hospital where she managed to narrate her ordeal, she succumbed to her injuries three days later.
Reacting to the incident, the school decried the news of the rape and subsequent murder of its student.

The Vice-Chancellor of UNIBEN, Prof. Lilian Salami, in a statement through the institution’s Public Relations Officer, Dr. Benedicta Ehanire, described the news as shocking.

Noting that a delegation has been sent by the university to commiserate with the bereaved family, she said the action of the culprits was condemnable and should not be condoned by any society.

While commiserating with the bereaved family on the loss of their daughter, Salami prayed God to grant her soul peaceful rest.

The vice-chancellor urged students of the institution and all young people to be wary of the company they keep and the places they visited.

Although there was no official response from the RCCG headquarters about the incident, Mr. Leke Adeboye, the son of RCCG General Overseer, Pastor Enoch Adeboye, said they were on top of it.

Writing on his Twitter handle @LekeAdeboye he said: “I can’t comment, as I am not the church or the government authorities in that area but best believe a lot of happening behind the scene; she could easily be my baby sister.”

When her bereaved family and friends brought the matter to social media, Nigerians urged the police to bring her killers to book.

Amnesty International (AI) while condemning the rape and brutal murder, also lamented the increasing cases of rape in Nigeria.

In a series of tweets on their Twitter page they wrote: “While the nation is still coming to terms with this gross violation, in Jigawa State, 11 men were arrested for raping a 12-year old girl at Limawa in Dutse, the state capital.

“Although rape is a crime in Nigeria, government’s response to it continues to be, woefully inadequate.

“Rising cases of rape across Nigeria was a result of the failure of law enforcement to ensure that rapists face justice.

“We are deeply concerned that perpetrators of rape in Nigeria invariably escape punishment.”

“Dastardly as it is, we are yet to hear of any arrest. May God give her parents fortitude to bear the loss. Justice must be served. She was just 22years old. #justiceforuwa.”