Contrary to the claims by the Interim Management Committee (IMC) of the Niger Delta Development Commission (NDDC) that vested interests were against the Forensic Audit ordered by President Muhammadu Buhari last October, the Niger Delta Renaissance Coalition (NDRC) has restated that all well-meaning Civil Society Organisations (CSOs) and persons across the Niger Delta region and beyond support the long-desired forensic audit.

According to a statement by NDRC Coordinator, Comrade Alalibo George, the tired and well-worn claim by the IMC is meant to divert attention from the illegal contraption which is not known to Law, NDDC Act of 2000 (as Amended) which set-up the interventionist agency.

The statement recalled that “through the NDDC IMC Acting Director of Projects, Cairo Ojuogboh, and its many surrogates, including one Oby Ndukwe of Citizens Quest For Truth Initiative, and Comrade Prince Kpokpogri of Anti-Corruption and Integrity Group, the IMC in the face of the alleged N40 billion expenditure in three months without recourse to established processes of fund disbursement, have resorted to blackmail and scurrilous stories to divert the attention of unsuspecting Nigerians from the core issue of their illegality in supplanting a Governing Board, recognized by law and which is better suited to supervise the forensic audit.”

According to Comrade George, “when President Buhari ordered on October 17, 2019, that a Forensic Audit be carried out in NDDC, from 2000 to 2019, virtually all the leaders and people of Niger Delta region, applauded and supported him, following which he submitted the list of NDDC Governing Board to the Senate, which the Senate confirmed on November 5, 2019.

“Sadly however, the Minister of Niger Delta Affairs, Godswill Akpabio, who is supervising Minister of NDDC, surreptitiously introduced an illegal Interim Management Committee (IMC) to supervise the Forensic Audit and promised that the audit will be completed in six months. Curiously, the Forensic Audit has not even started not to talk of submitting the audit report to the President.

“The illegal Interim Management Committee (IMC), alien to the NDDC Act, was hurriedly inaugurated and given a mandate to provide necessary documents for the Forensic Auditors to do their work, after which the IMC has completed its job.”

Alalibo said, “The IMC being illegal is irrelevant and should be disbanded forthwith by Mr. President who should commence the process of inaugurating the substantive Board of NDDC to supervise the forensic audit of NDDC. It has become very important for Mr. President to inaugurate the substantive Board of NDDC wherein all the nine states in the region will be adequately represented as provided by the NDDC Act.”

He said NDRC also frowned at the decision of the Presidency to extend the tenure of the IMC of the NDDC because it shows the continued disregard for law and due process by the current administration.

“We had hoped that the president would seize the opportunity afforded by the termination of the six-month illegal appointment of the IMC to reboot and follow the provisions of the Law setting up the NDDC, especially as the appointment is the subject of no less than four actions in various divisions of the Federal High Court challenging its legality. To extend the tenure of the illegal IMC, therefore, is unconscionable, unlawful and disdainful of the law and due process.”

He said the IMC was an aberration that did not have the best interest of the people of the region.

“For proper understanding and appreciation of our position, the NDDC Act of 2000 (as amended) has no provision for an interim management under whatever guise. It provides clearly for a Governing Board made up of persons nominated by the President in line with laid-down requirements and screened by the Senate. That the illegal IMC continues in office, despite the provisions of the NDDC Act, is a slap on the law,” he added.

Comrade George therefore called on President Buhari to adhere to the law setting up NDDC and inaugurate a substantive Board that will properly oversee the Forensic Audit being supervised by the Ministry of Niger Delta Affairs.

editor - July 16, 2020 12:02 am
32
If taking public money was considered such a big deal, according to Joy Nunieh’s account, her colleague confessed he would kill anyone at the...

editor - July 15, 2020 4:36 am
8
GUEST COLUMNIST: ABUBAKAR ATIKU BAGUDU That the world trade system has not worked well and with mixed result, is perhaps, an understatement. The dream of... 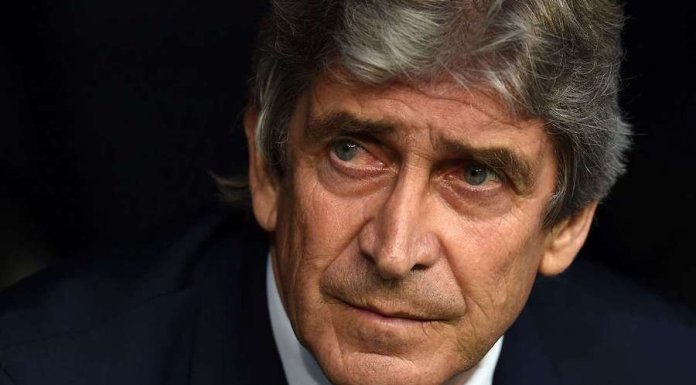