The Chairman, Lagos State Universal Basic Education Board (SUBEB), Wahab Alawiye-King has expressed the board’s readiness to ensure transparency and accountability in the distribution of food, as it targets 37,459 households in the state, as part of the Home-Grown School Feeding Programme of the federal government.

The programme seeks to provide food for pupils while they stay at home. The food support include; a take home ration consisting of 5kg bag of rice, 5kg bag of beans, 500 ml vegetable oil, 750 ml palm oil, 500 mg salt, half crate of eggs and 14gm tomato paste, targeted at pupils from primary one to three in public schools.

Speaking during the inspection of the food in Lagos, Alawiye-King said already, the board had gone round to verify and identify all the households that the pupils live, adding that it will be using the voucher system for easy distribution of the Take-Home Rations (THR) through its 202 centres covering about 1,016 primary schools in the state.

“We have about 202 centres covering about 1,016 primary schools in the state. We have identified the households and we will be giving them the voucher, they will come to the centre to pick their ration. Each centre will cater for clusters of schools. It’s a national strategy that we have put in place to distribute the items.”

The chairman said the board has been working to ensure that the presidential directive is carried out, adding that it has consulted with food vendors and School Based Management Committee (SBMC) on the available data to identify the households.

“We have so many organisations monitoring it to ensure that transparency is strictly maintained, we have strategies and protocols that we have adopted to ensure equal distribution of the food. We are starting with this as a pilot programme and we will see how it goes,” he said.

The Secretary of the board, Mrs. Folusho Kehinde Ajimati said the board has been undergoing series of meetings to organise how to go about it in the last one month, adding that involving stakeholders in the distribution of the food is imperative to ensure that no household is left uncared for.
“Since we have 37,459 households that we are going to give the palliatives to, we have decided that we will involve so many stakeholders, we have ensured that nothing goes wrong during the event of distribution. For the first two days, our officers have gone round the state to do identification of households and after that there will be distribution of vouchers for different households that have been identified.

“With that, we are sure that no household is left uncared for. We have one member of the group that will ensure that they go and distribute the palliative to the households that have been identified. We have 202 centres in the state cutting across all the local government areas and the senatorial districts in Lagos.”

The Speacial Assistant to the President on Homegrown School Feeding, and representative of the Ministry of Humanitarian Affairs, Disaster Management and Social Management, Mrs. Titilola Adeyemi-Doro said the initiative was part of the presidential directive to reach the pupils within their households during the COVID-19 lockdown.

She noted that the strategy was developed in partnership with the state government on the best approach to reach beneficiaries.
“What the federal government is doing is coordinating the process, but the state governments are supposed to take ownership because the strategy was developed in partnership wih them. They will decide on how to reach the children. Before the schools closure, we moved the cooked items to their schools, but now that we have to go to their homes, we needed to speak with the state governments to stategise on the best approach to reach them. So it is a collaboration of all stakeholders in the education sector with SUBEB taking the lead.”

Asked about the duration of the programme and its workability to ensure that it is not abused, Adeyemi-Doro said, “each bag will be given for a month and if the lockdown continues, then it will go on every month. As we speak, there is house to house identification and verification ongoing. We are relying on the data from the schools. For those that we have captured already on the school feeding programmes, we are also obtaining the register of the children from their various schools which is making it easier to identify them in their various households.”
For schools that are yet to benefit, she said her ministry will be using the data to identify them in their households. 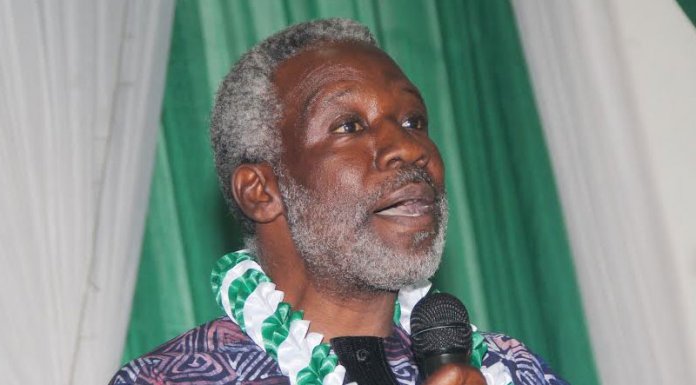 Doubters of Covid-19 Are The True Nigerians