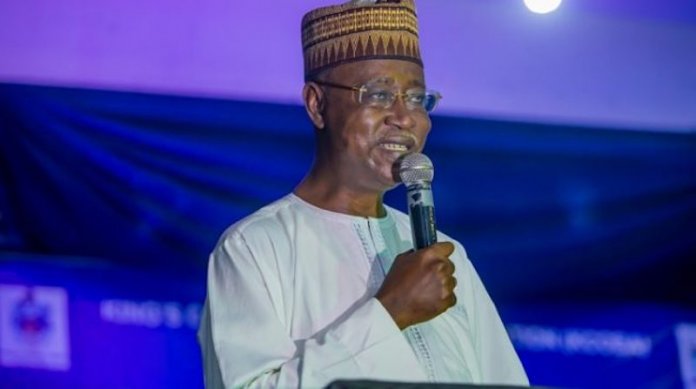 President Muhammadu Buhari has approved the appointment of Kashim Ibrahim-Imam as Chairman, Board of Trustees (BoT) of the Tertiary Education Trust Fund (TETFUND).

The Minister of Education, Adama Adamu, broke news yesterday in a letter.
According to the letter, Ibrahim-Imam’s appointment was effective from May 14, 2020.

Adamu also said the appointment would run for four years consequent upon which it would be reviewed based on performance.
“I write to convey to you the approval of His Execellency, Muhammadu Buhari, President and Commander-in-Chief of the Armed Forces of the Federal Republic of Nigeria, of your appointment as Chairman of the Board of Trustees of Tertiary Education Trust Fund (TETFUND) in Abuja with effect from May 14, 2020,” the letter read.

“The appointment is for a tenure of four years in the first instance and may be renewed for a further term of four years, upon satisfactory performance.

“The conditions of service and remunerations of this appointment are guided by the Public Service Rules and Extant Circulars. Please, accept my congratulations and sincere wishes for a successful tenure.”

Ibrahim-Imam was the governorship candidate of the Peoples Democratic Party (PDP) in Borno State in 2003 and 2007 respectively.
He, however, lost out on both occasions to Ali Modu Sheriff of the All Nigeria Peoples Party (ANPP).

COVID Under Control in China